Have you ever cheated? Be honest. If you have I bet I know why. We’ve already talked about why men cheat but lets talk about the 3 reasons women cheat. 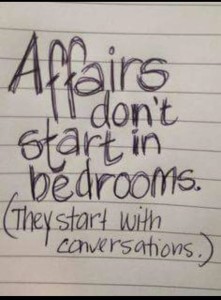 I’m not saying its right but I am saying it happens and if men know the reasons why women cheat then hopefully they can prevent it.

Them: All she do is have babies and spend his mone

Headed out for a much needed date night and I tell

I was supposed to go to Walmart to buy detergent.

Ok so picture for attention. Now that that's out

These two could not be more opposite. Zion is the

Dropping a new blog post today about everything my