Whenever someone learns that we lived in Hawaii (On the Island of Oahu) they always ask a ton of questions, and I’m always eager to share, but one of the most common questions people ask is “What’s it like living in Hawaii?”. Here are a few things that stand out most to me about living in Hawaii.

There is Beauty In Everything

Hawaii is one the most beautiful place I’ve ever been. It is breathtaking; there were very few things on the island that I could not find beauty in. The people were beautiful, and the water is more beautiful than you can imagine. I refuse to even put my feet in water if it’s not as clean and beautiful as Hawaii water, my husband calls me “beach bourgeois.”

Hawaii is crazy expensive. The cost of living in Hawaii is off the chain. It is flat out ridiculous; it seems like everything imaginable is up charged. Even things that aren’t shipped to the island. A can of Dole pineapples are overpriced even if you buy them from the commissary, and I never understood why seeming as though they grew them right down the street from where we lived! Gas is high, food is high and don’t even get me started on housing and to top it all off there’s no such thing as the Dollar Store, Hawaii don’t play that.

The Nicest Place You Will Ever Live

The local people in Hawaii are the nicest people you will ever meet. It feels like everyone (especially the locals) are your cousin, they even call you cousin as a term of endearment. Oh and they love black people, I’m not even exactly sure why maybe it’s the melanin magic. Every time we went to Waikiki people would ask to take pictures of us. At first, it was weird, but then it became something we looked forward to, now that I’m on the mainland I miss being a celebrity here I’m just a regular old person lol. Also, police brutality is almost unheard of, and I never felt stereotyped when I lived there.

Mainland vs “The States”

Locals don’t like when you call the mainland “the states” because they are part of the U.S. and hey who likes to be excluded. So try to avoid saying states instead refer to it as the mainland.

Roaches are a “thing” there. Don’t believe me just Google roaches in Hawaii. Thank goodness I didn’t have them in my home because I lived in a pretty good area that wasn’t too congested but they were outside. Like in the grass and walking down the street. Crazy as hell! Roaches are a huge problem on the island. When the sun goes down its cockroach city outside. I’ve seen roaches just chilling in grassy fields, walking down the sidewalk and if you aren’t careful, they will get in your car. I’ve heard multiple stories of people buying brand new cars that are infested with roaches. Apparently, there’s even like a roach season where things get even worst. Are you itching yet?

The traffic is horrible. Currently, Hawaii is ranked number 8 for worst traffic in the country. That must mean it’s getting better because when we lived there, it was ranked number 3. Nevertheless beware it’s pretty awful, there is one main highway and not many side streets to avoid the traffic. The traffic didn’t bother me much because I’m pretty patient but Hawaii traffic drove my husband crazy. It’s very common for a 15 min drive to turn into a 2-hour drive and that’s without the constant construction that Hawaii is known for.

I’m a sucker for random road trips, and I was truly going through road trip withdrawal during our 3-year stint in Oahu. Thankfully I’ve been able to catch up on my road trip miles now that we’re back on the mainland. 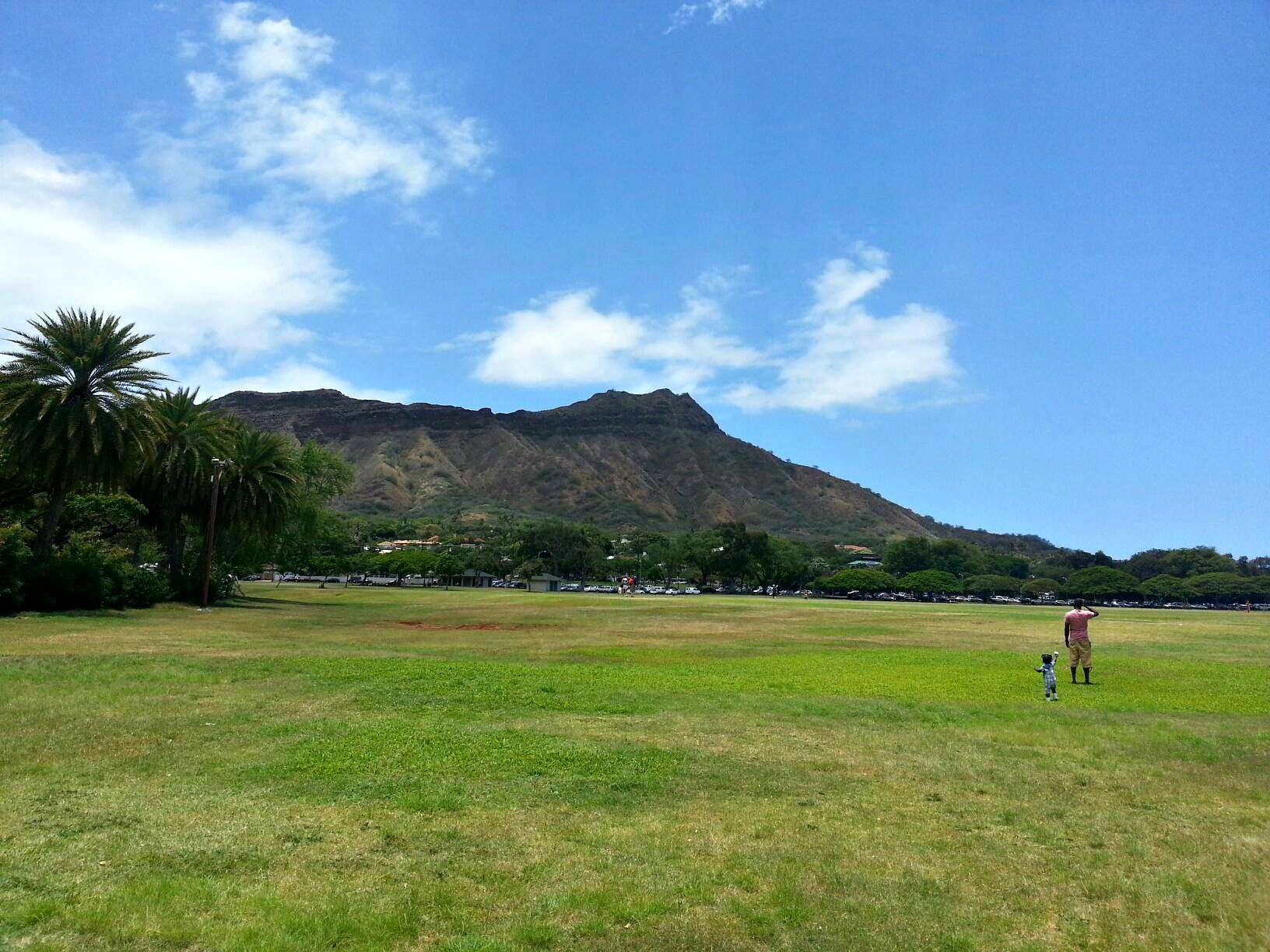 The School System is Horrendous

I know a few families that have had their kids held back when the moved back to the mainland so that they could catch up on what they missed in Hawaii. There is the option of private school or homeschooling though. My kids weren’t of school age during our stay there so I can’t give you any personal feedback, but I have heard plenty of stories.

Hawaii has the best thrift stores and estate sales ever. I assume it’s because there are so many military families moving on and off the island. I also think the tourist population plays a significant role. I’m really into thrifting, so that was a plus for me. My favorites spots were the Goodwill in Pearl City, you can get kids clothes for dirt cheap, and that’s not including the military discount on Wednesdays, the other place is The Salvation Army in Kaneohe I’ve gotten some fabulous vintage and antique dishes and furniture from there.

The drinking water was strange for me. Like the water out of the sink, I remember when I would drink it when I was pregnant I would get instantly sick, so we started buying our water from a local water company. It was like $5.00 per water cooler and definitely worth the investment.

There’s no pressure to dress up, everyone’s attire is real chill. I’m talking sundress and flip flops, and board shorts and tank tops. That is something that I enjoyed, no pressure just throw something on, and no one is looking at you strangely.

The amount and condition of homeless people families will break your heart (just a heads up). There were several times that I burst into tears when I saw entire families living on the streets and in parks with their children (children the same age as my kids). There was one time we were walking on a pier with the kids when we ran into a group of families-I’m talking at least three living in the park. I almost had a breakdown when two of the kids came over to play with my kids. It’s infuriating that there aren’t enough services provided for the local population who live there. Out of towners come and buy up the land and it drives the prices up, and the people who are born and raised there can’t even afford adequate housing. Long story short it is an awful situation, and if you’re easily affected like me, it will have you heartbroken.

There is No Daylight Savings Time

So there’s not need to Spring forward or Fall back. The days in Hawaii are long and beautiful so suck them up.

Hawaii time is 6 hours behind EST time depending on the time of year. When my mom would call me too late or too early I would automatically freak out thinking that some disaster had happened back home (I gotta do better).

Shows come on at the most inconvenient times, my husband was all out of the football loop, and I had to get off social media when a new episode of ratchet reality TV or How to Get Away With Murder came on because everybody and they mama wanted to narrate the shows.

The beaches were amazing; they will have you feeling like the little mermaid, some of my favorites were, Lanikai, Hanauma Bay, Bellows (private beach) and Turtle Bay.

Make sure your birth control situation is tight because I got pregnant twice, without even trying. Something about paradise lol. I think it’s the carefree spirit and the island breeze that gets people. 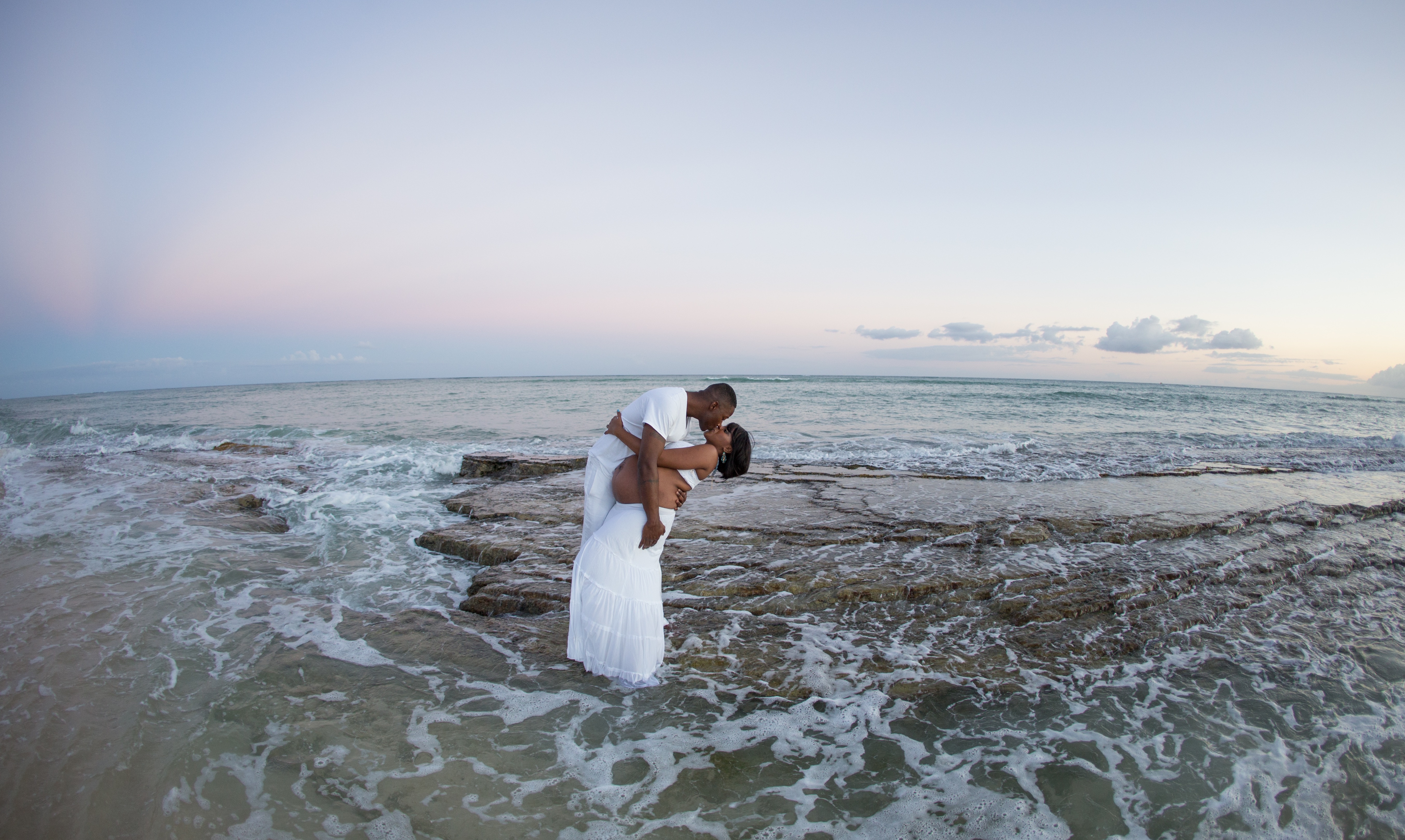 It took me almost three years to find a good hairstylist. I had the hardest time finding someone that could do a decent sewin in a professional environment that didn’t charge a ridiculous amount. A quick basic weave can easily cost you $100-$130, and that’s without hair. When I was first seeking a stylist, I found a girl who had really nice pictures of here sewins online. But the experience with her cost me a nice plug of hair, an ugly sewin that I took out a week later and about $600, including hair. The next stylist I found did decent hair, but her environment was not at all professional. Then there was the stylist who had gorgeous pictures and great reviews, but when I got to her house, it was filthy. I should’ve left like my husband suggested but I was in a bind, and I didn’t want to listen. My “Marley Twists” unraveled two days later. She came by my house to redo it, and it still unraveled the very next day. When I called her to get a PORTION of my money back, she lied about being in a car accident & refused to refund any of my money. I was furious! I remember the day I prayed to God about my hair situation, and it was a few days later I found an awesome, professional stylist that was well priced with an awesome spirit. The hair struggle is real in Hawaii.

The Spa Game is Serious

If you ever get the chance to go to an authentic Korean Bathhouse in Hawaii GO! We became spoiled from those spas on our date nights we would skip traditional dates and run to the spa so that we could get a body scrub, facial and massage all for under $100 since leaving the island we’ve been to bathhouses on the mainland and it’s not the same.

When my family would come to visit I would schedule beach photos. I could not help it I was obsessed. We also took gorgeous photos at the Wahiawa Botanical Gardens too. 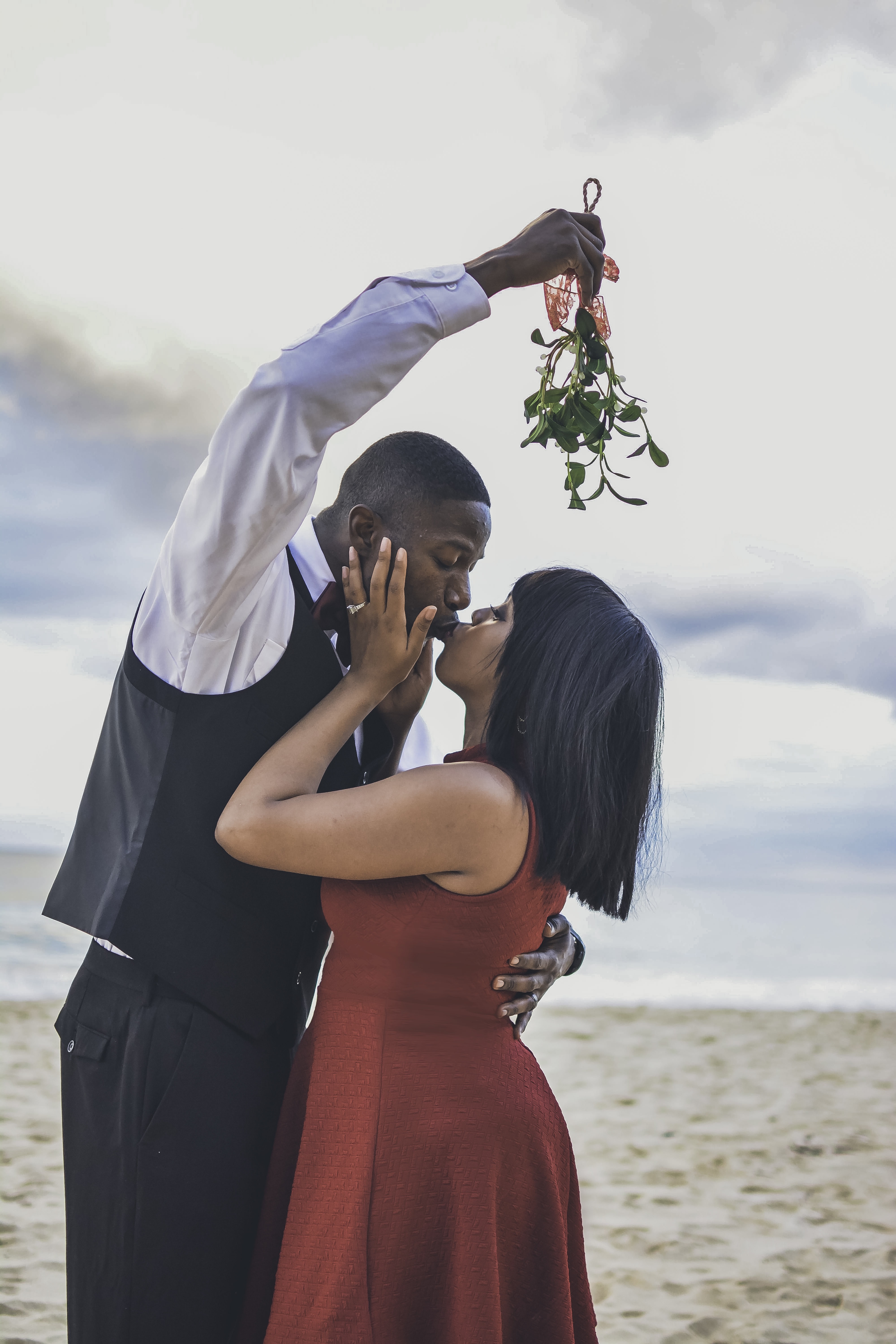 So that’s everything you need to know about living in Hawaii. Hawaii will always be a special place to me, and if you ever choose to live  (or vacation) there I hope you love it as much as I did.

Soooo, when we moved in this house last August we

We got cherries! A few weeks ago we discovered tha

Today is #nationalbestfriendsday and I have to sen

I found my birth plan from 2014 when I was pregnan