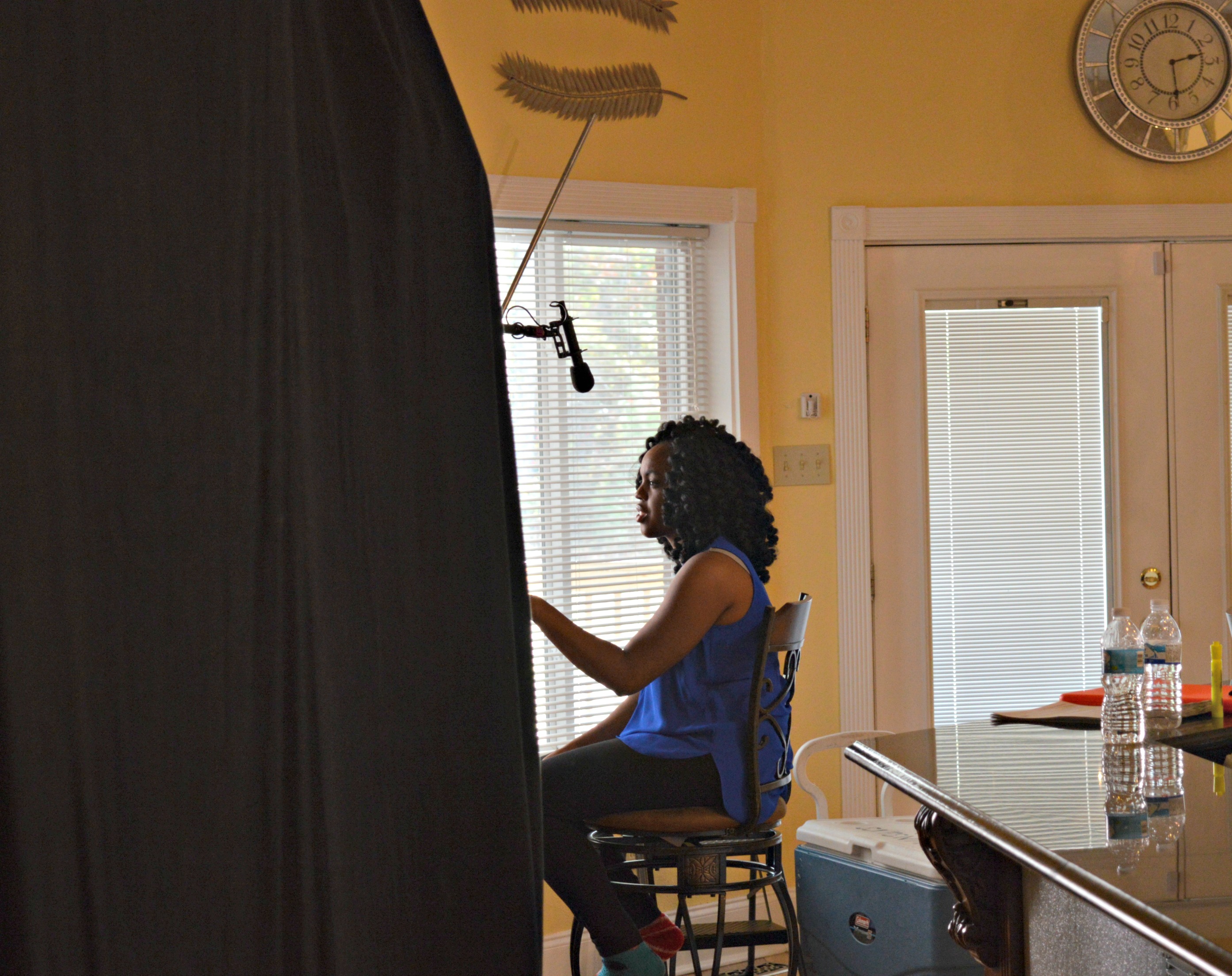 How I Manifested Being in A Commercial

By: Tata
In: Dream Homestead, Thoughts & Reflections
Tagged: law of attraction, manifest, The Secret
With: 6 Comments

About 7 weeks ago I wrote on an envelope that I wanted to be in a commercial in 2017. Actually I wrote “ In 2017 me and my family will be in a commercial”. Now I wrote this down with the full understanding that it was pretty far fetched but I knew it was something that I wanted to do so I wrote it down any way. My motivation to be in a commercial was fueled by knowing that two of my favorite bloggers had appeared in commercials. Mattieologie is a real boss fashion and biz blogger that I love and when I got her newsletter that she’d be appearing in a Burlington commercial I was like
“That’s it I need a commercial!” A few months back Krystel from ArmyWife101 (who is my friend in my head) shared an old memory of her and her family filming the Tylenol #HowWeFamily commercial and I was all “Say What?!” and that really opened my eyes to the possibility of it.

So after all that inspiration I wrote my 2017 goal down on a random envelope. Two weeks later I saw a posting for a company that was looking to cast families for a commercial . I randomly filled out the application and went about my business. A few days later I received an email to set up a video interview. I had the video interview and after it was over I felt like the interviewer wasn’t feeling me. I thought she seemed uninterested and maybe even annoyed with me. I have one of those personalities that you either love or hate so I was ok with that.

I hadn’t heard anything in over two weeks and I saw in a blogger group that a few other bloggers were in their 2nd or 3rd round of interviews for the same commercial. I was a little disappointed and that confirmed that the interviewer wasn’t feeling me but I chalked it up as a loss and moved on about my life. I wasn’t butthurt about it but I was grateful for the experience and I felt like it was preparation for my next opportunity. I continued to meditate on my dreams and goals using my favorite mediation and for some reason I would still visualize that commercial while I was meditating. I would literally have to push that goal out of focus and remind myself (or innerself) that that was no longer possible and focus on something else.

Let’s fast-forward again 2 more weeks and I get an email at nine o clock at night while I’m cruising the aisles of Wal-Mart with my family and an email pops up that says; “The client really likes your family and we would like a self taped interview and a few more photos”. I must’ve let out the biggest scream in Wal-Mart.  After that email I knew the commercial was mine. There was no way I would let this opportunity slip through my hands again.  From that point I pretty much prepared myself for the awesome expereience.  The process seemed to fast track after that and now everything seems like a blur. I keep telling my husband that when the commercial airs I’m gonna start acting funny so he needs to prepare himself now, he thinks I’m playing but I’m not. We shot the commercial last weekend and it was an amazing experience. I can’t spill any tea until it airs but I’ll give you guys all the details when things go live.

It only took 6 weeks for my goal to manifest. I wanted to share this story because like most of the big things that happen in my life I was bold enough to ask and seek them, so this may be a reminder for you to ask and expect something bold that you want.

Peace and Blessings to you.

2016-11-01
Previous Post: 3 Sneaky Ways To Get Your Family to Eat Healthier
Next Post: Boys Will be Boys This Holiday Season With Carter’s