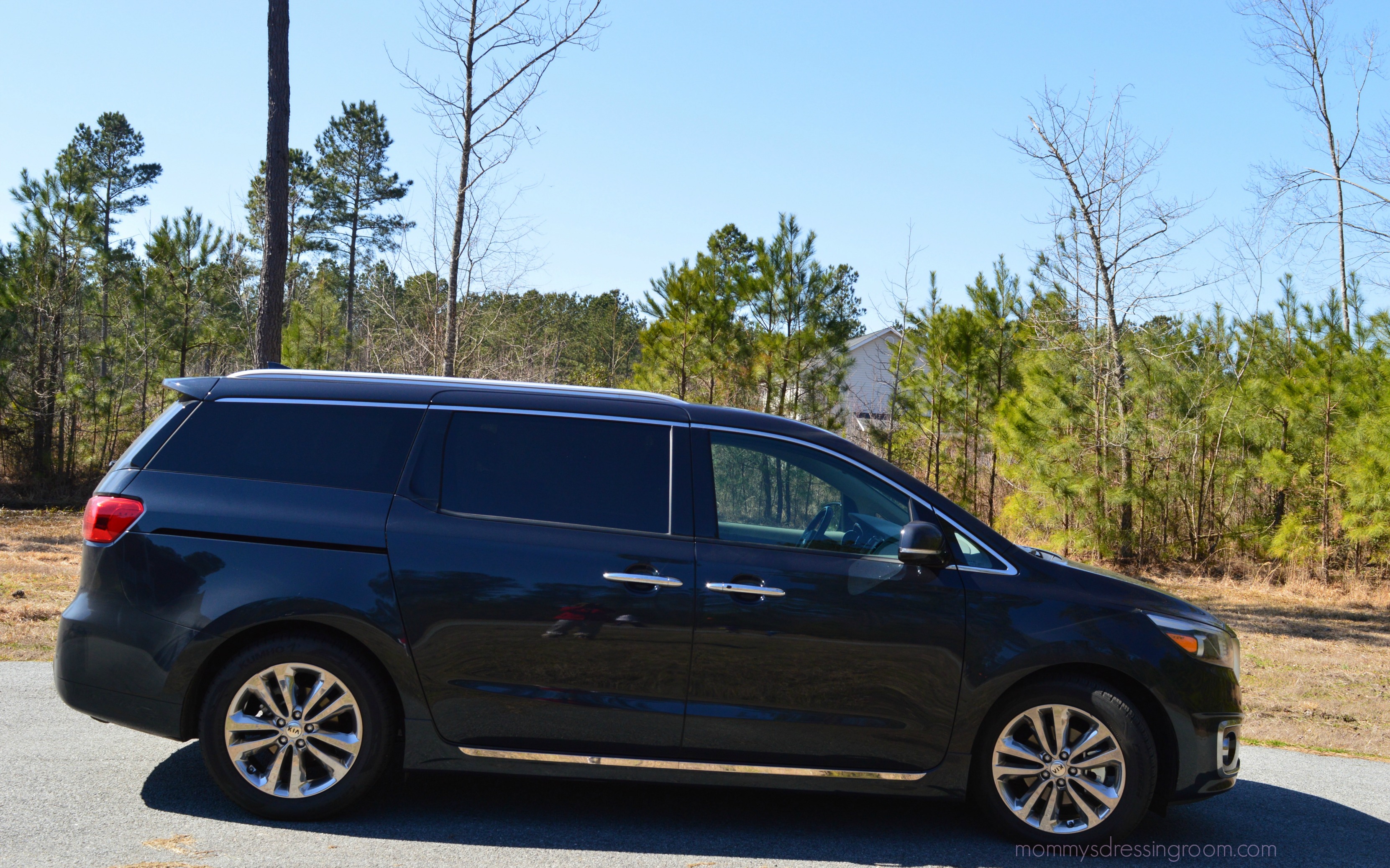 When we realized we needed a bigger car Brown Sugar tried to convince me to get a van and I abruptly shut it down and we (I) happily decided on a Suburban. My grounds for buying a truck instead of a van were “I’m just not a soccer mom van type of girl”. But recently I had the opportunity to test drive the 2016 Kia Sedona SX-L and it had me feeling some type of way, let me tell you why.

I’m real big on comfort and luxury and while my Suburban has comfort down it could definitely learn a thing or 2 about luxury from the SX-L. It has a HEATED STEERING WHEEL! Now I can understand why that may not be a big deal to you but for someone who is anemic, that is huge. When most folks are sweating their butts off I’m usually in a corner trying to keep warm. During my test-drive we had a few breezy mornings so I happily turned on the heated steering wheel and secretly enjoyed the warmth on my fingertips. 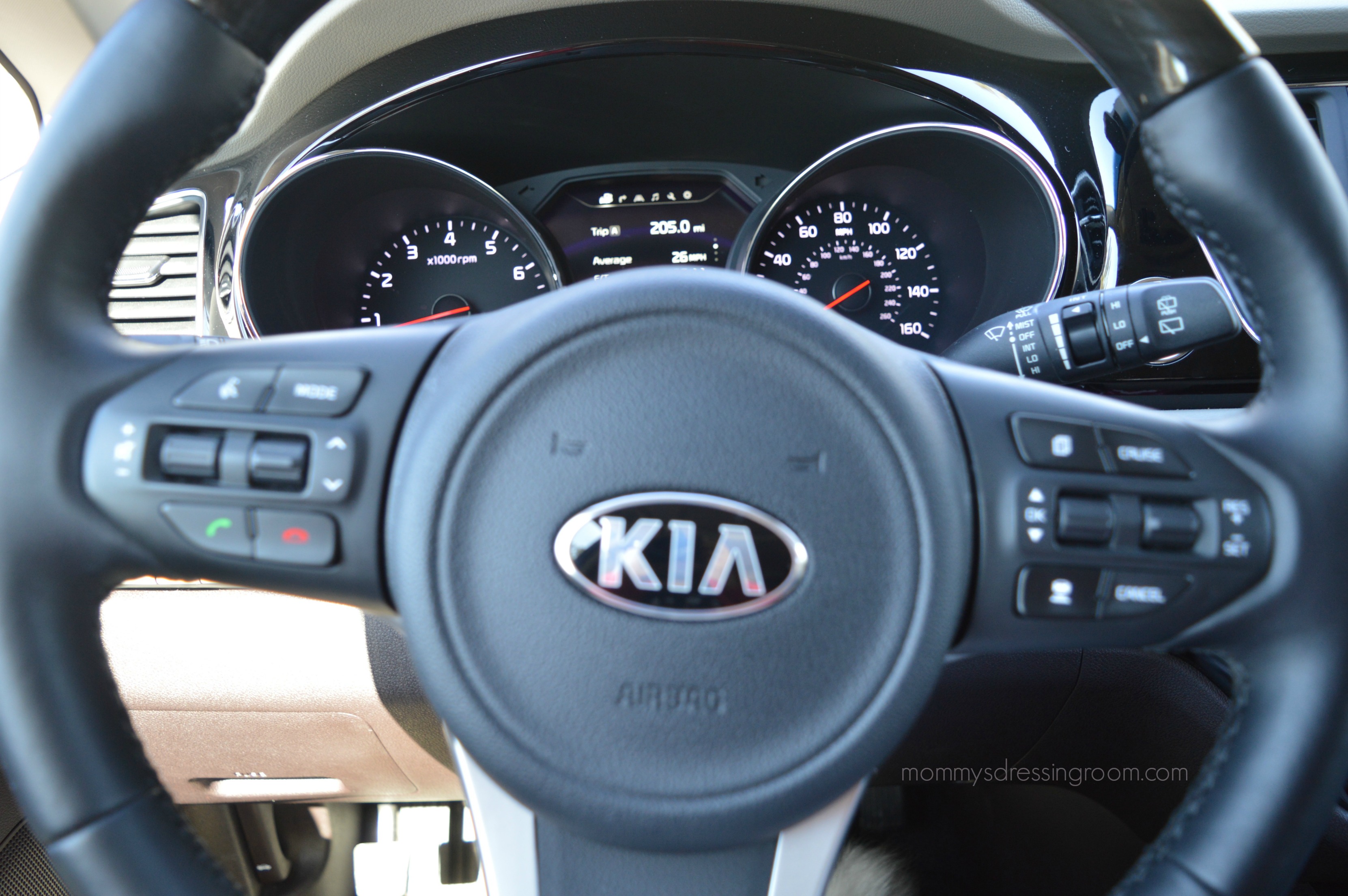 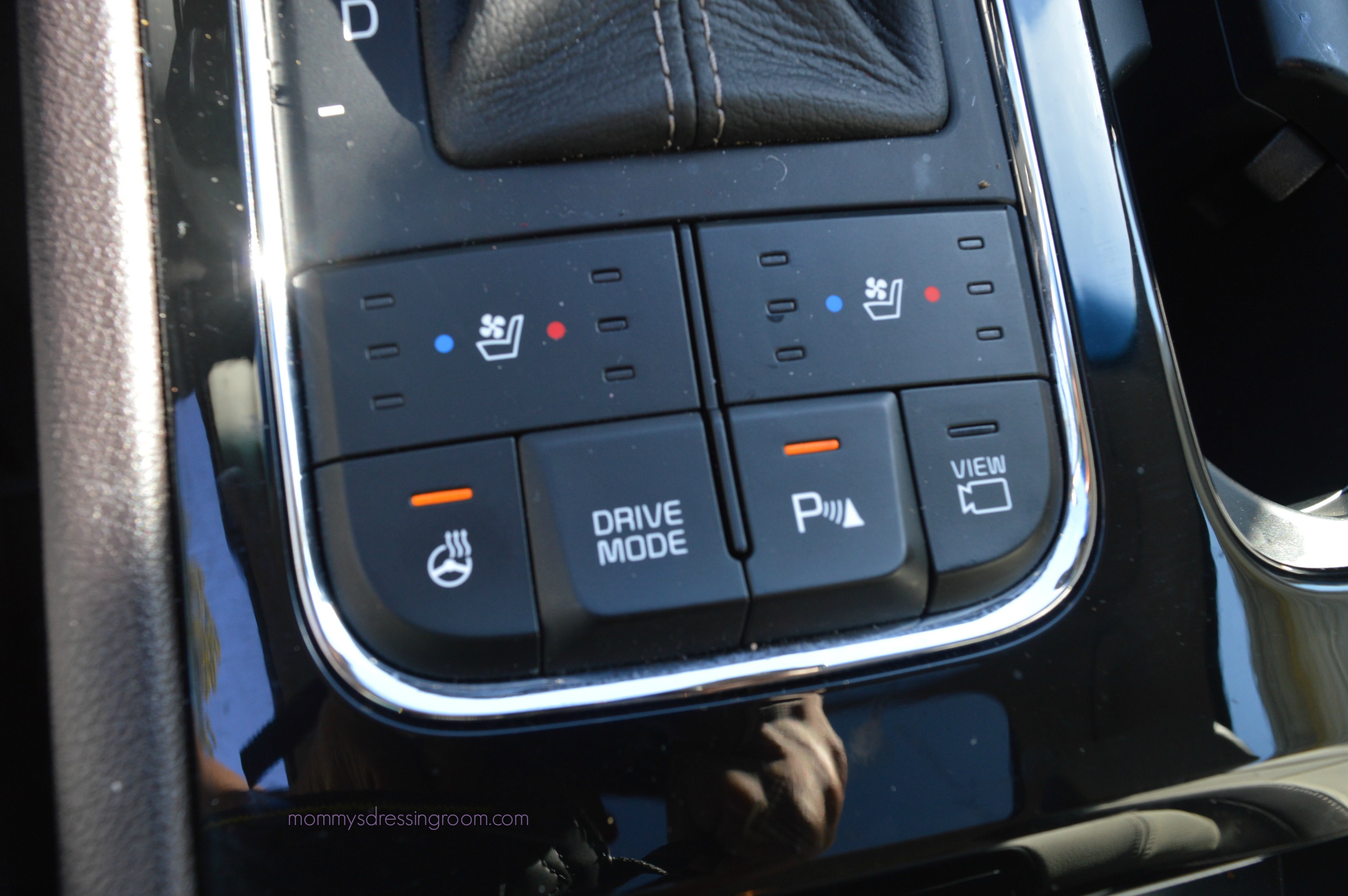 In addition, to the heated steering wheel it also has heated seats-another plus for me, and while we’re on the subject of seats let me just tell you that Brown Sugar kept going on and on about how nice the seats are and believe me that’s really saying something because in his mind nothing and I mean nothing can compare to his 7 Series so you know the seats are nice. 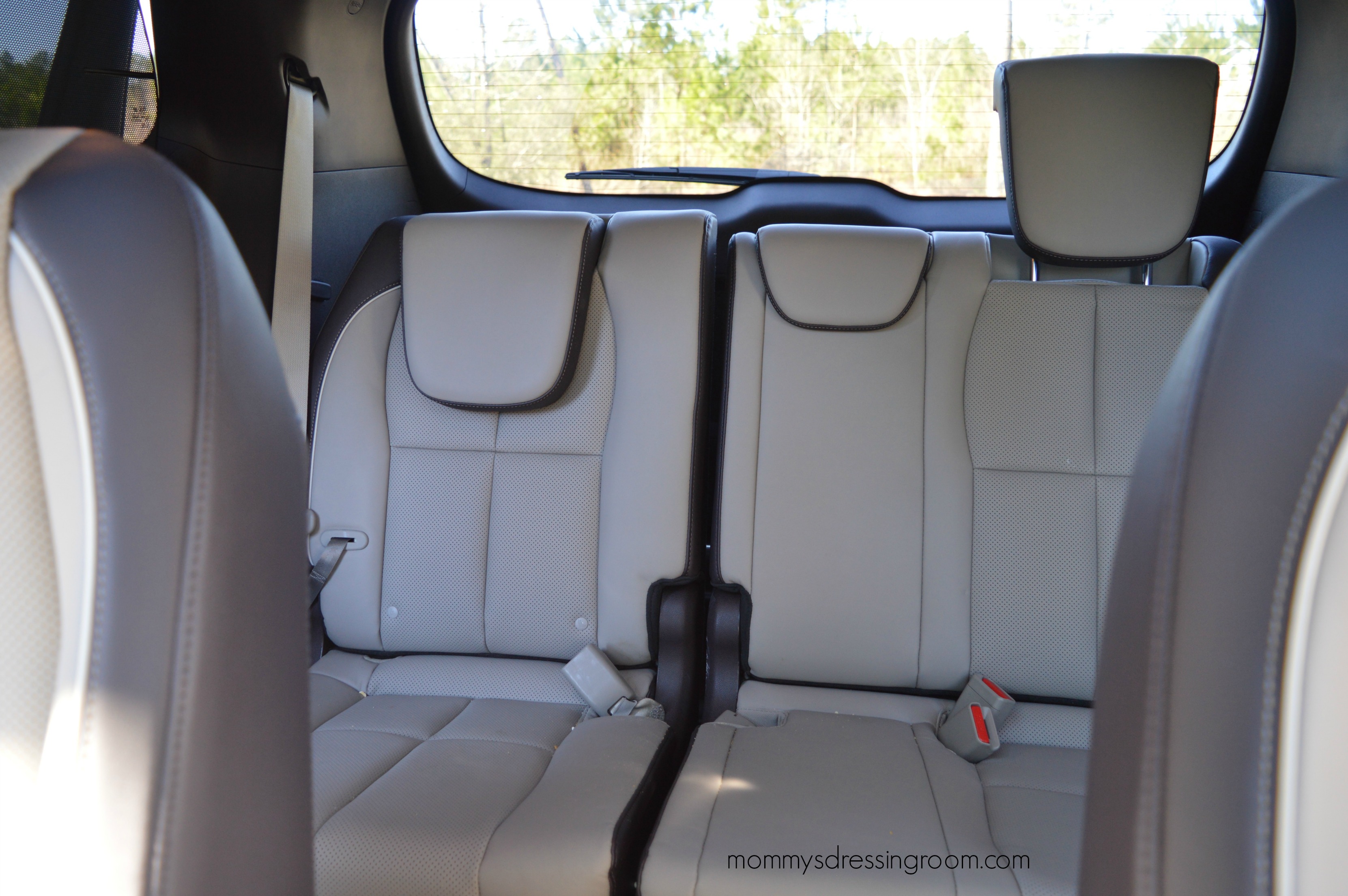 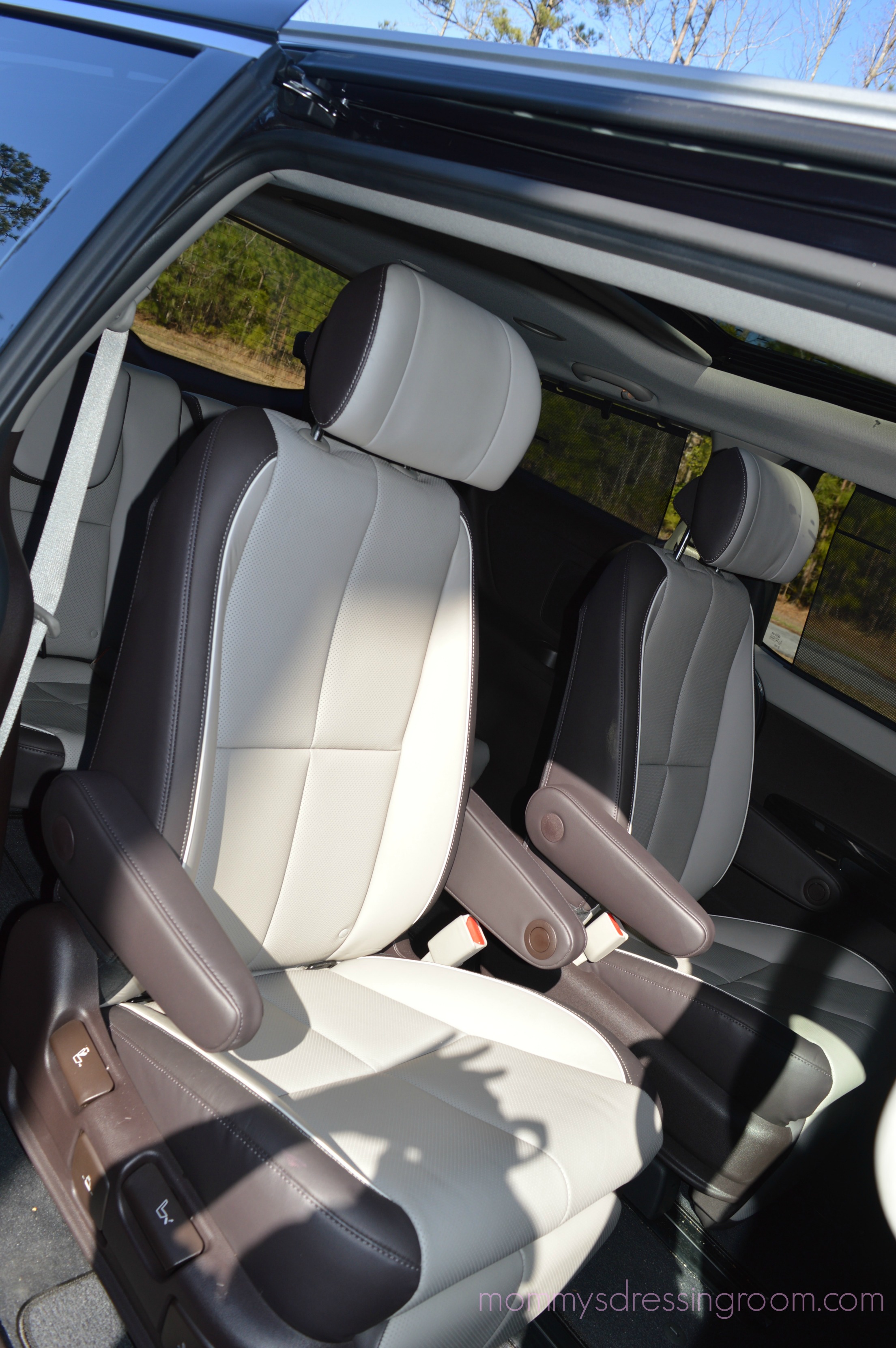 The Sedona handled these country roads with no problem; the hour drive that we take bi-weekly to the city was really comfortable, so comfortable that it put the kids to sleep several times. It also breaks abruptly with no real effort; my Suburban could learn a thing or 2 about that as well, I’m just saying.

I love Sirius XM Radio for obvious reasons but did you know that you could rewind Sirius XM? Mind-was-blown. Found that out while I was cruising around in the Sedona. 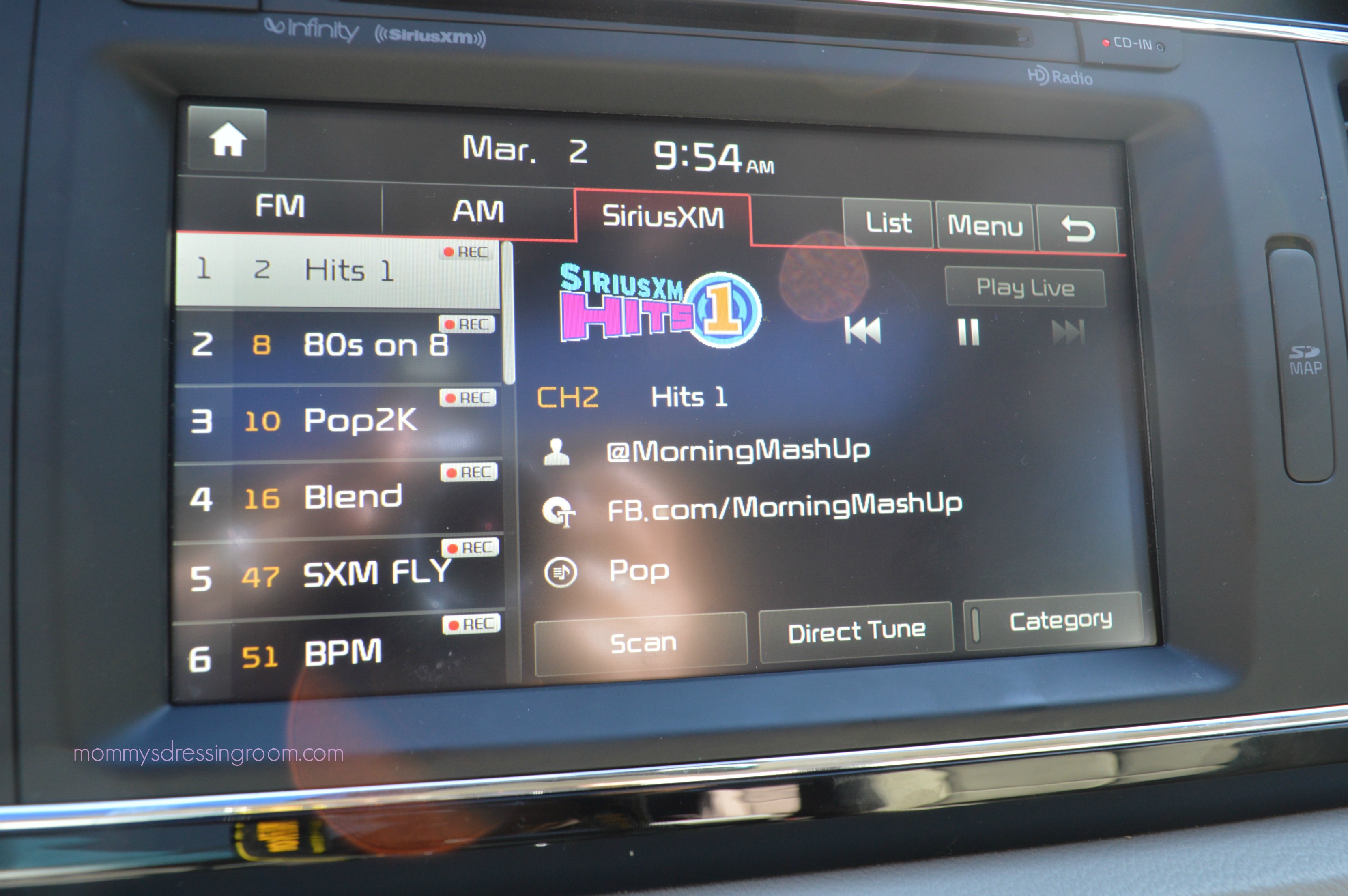 Like every parent safety is always a concern of mine and I must admit the Sedona hit the mark when it came to safety. My favorite Safety Features included:

I’m use to using a basic backup monitor but the Sedona SX-L gave a full 360° view when backing up. This was especially handy not only for the kids but for my Yorkie who always manages to sneak out when it’s time to leave. 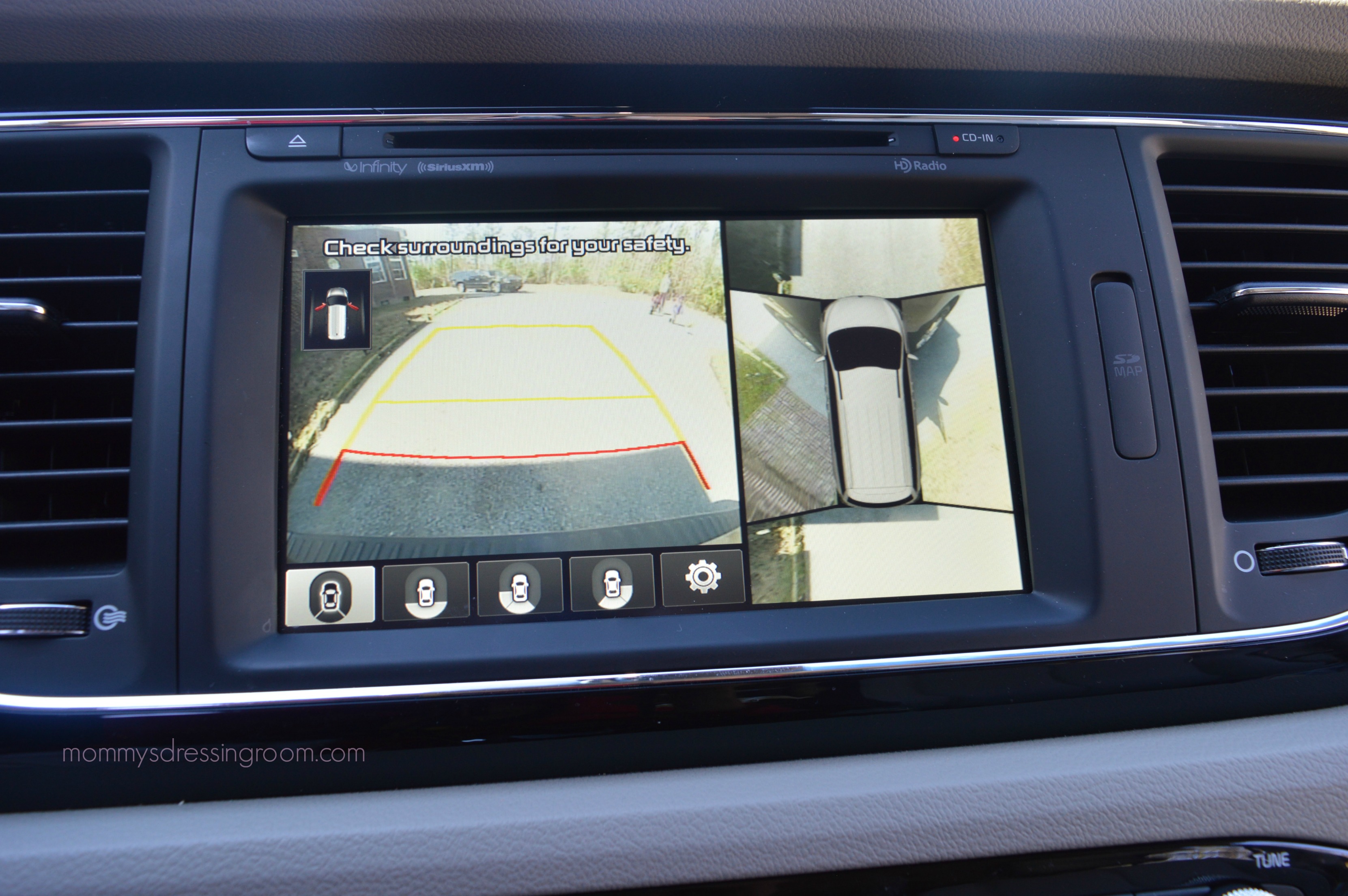 Since I’m such an awesome driver I almost forgot about the Blind spot Detection-that is until some lunatic nearly ran me off the James River Bridge-Thank God for Blind spot Detection. Aside from all that awesomeness, the Sedona scored an overall 5 stars for its Government Safety Rating. Double bonus! 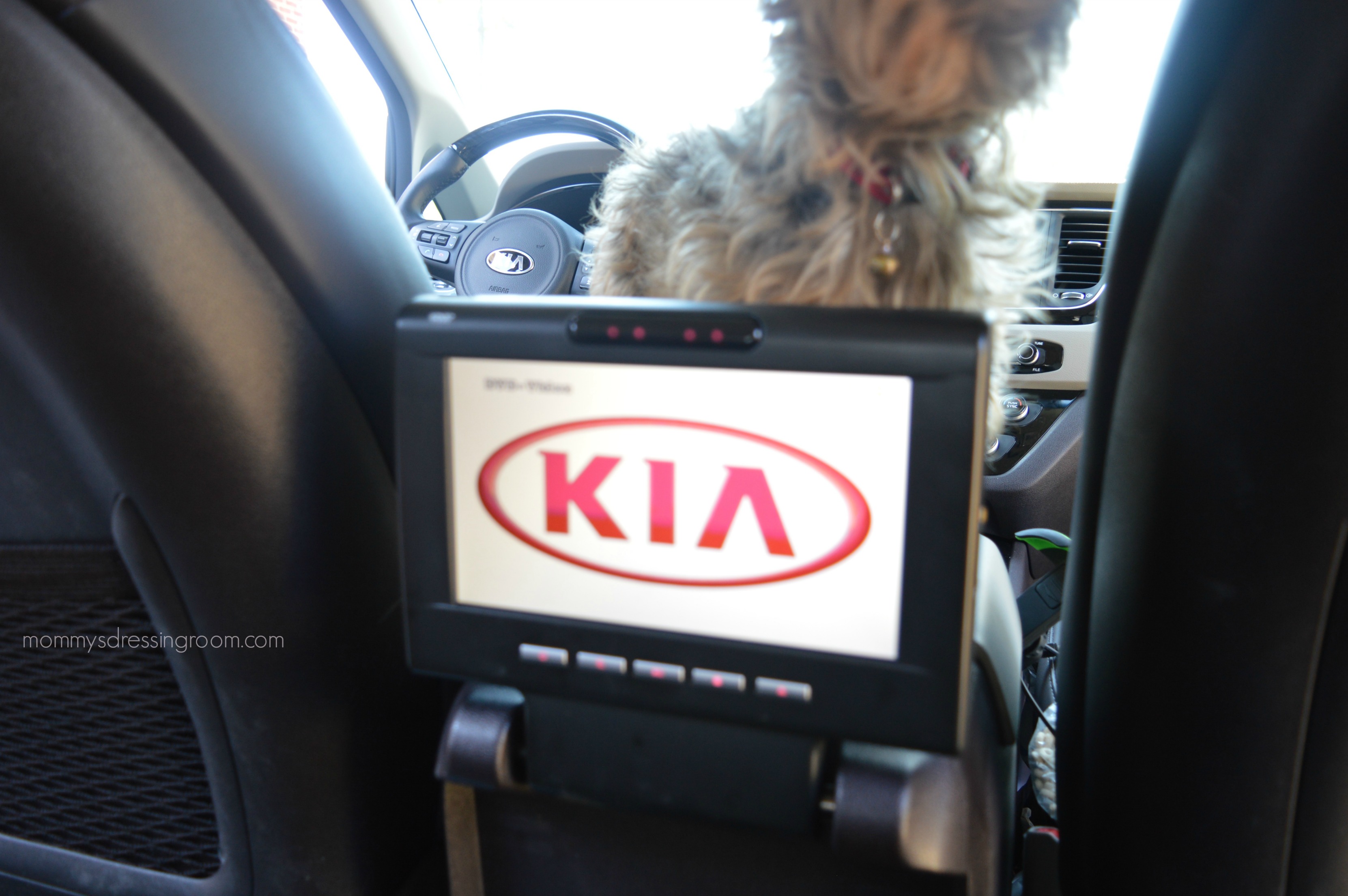 I drove back and forth through the country roads and to the city twice and it wasn’t until the 6th day that I needed to stop for gas. When I finally did stop $10 gave me a half tank –A-HALF-TANK! We gas up the Suburban and the 7 Series often and if I ever tried to put only  $10 in the tank they both would laugh.

There are actual sockets in this car. I was ecstatic about this because I am notorious for forgetting to charge both my kids’ tablets. With a real outlet in the car, I was able to charge both Zion and Vayda’s tablet which made for fewer arguments and more peaceful rides.

The rear entertainment also kept them busy on our long drives however I do wish that the screen wasn’t accessible to my little ones. I literally had to ward them off of it every single time we got in the car. 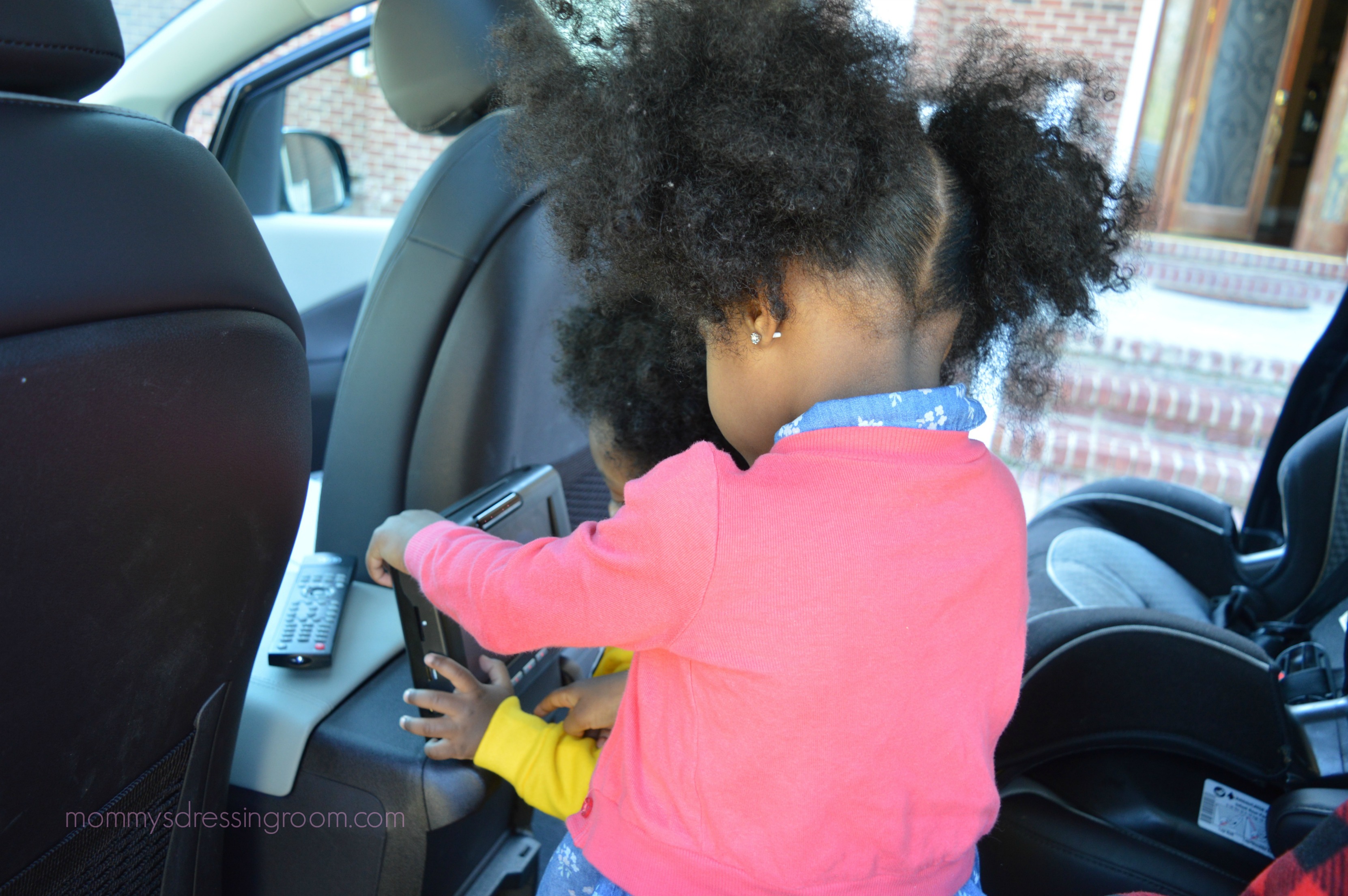 2 things that gave me pause 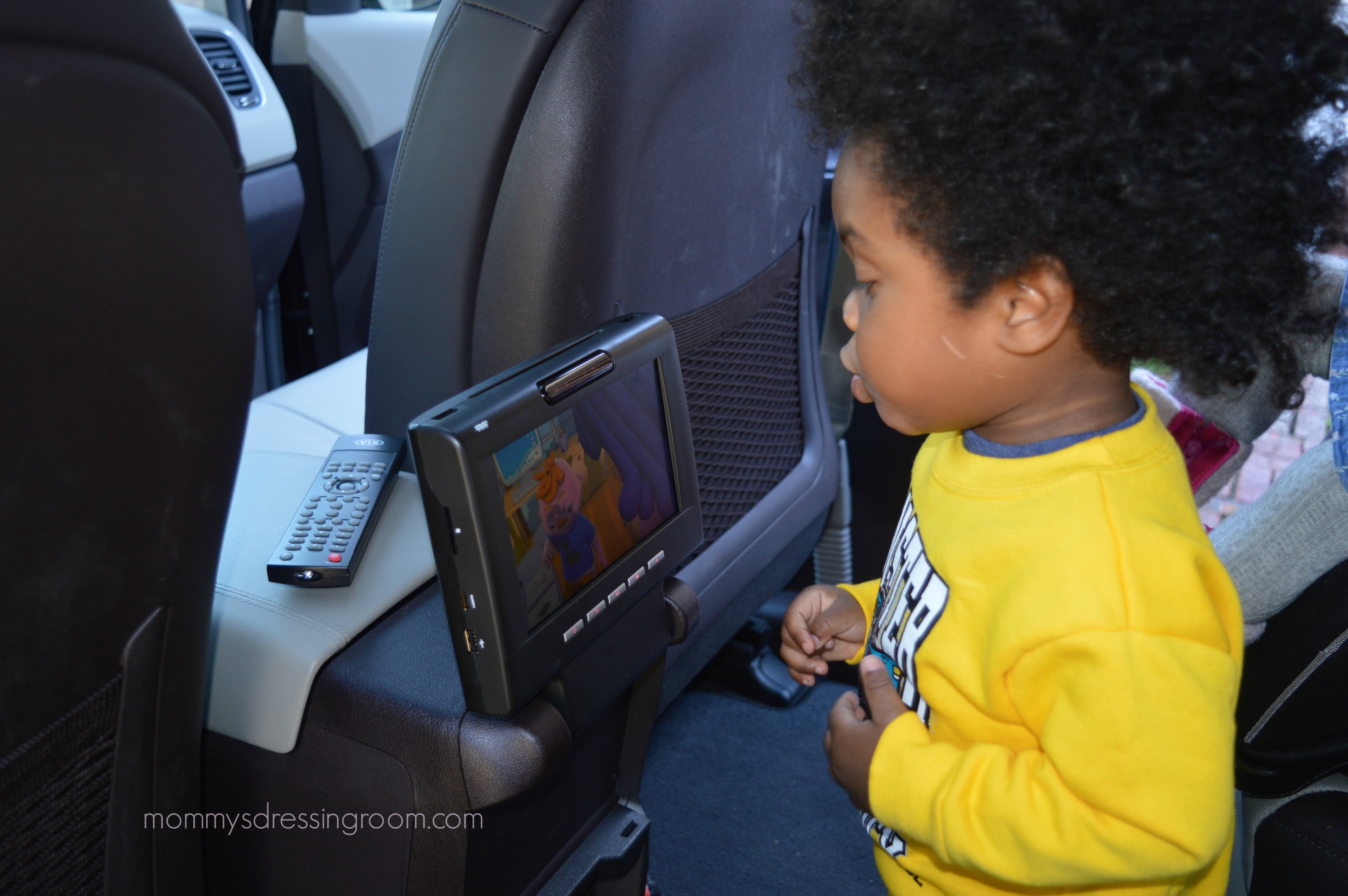 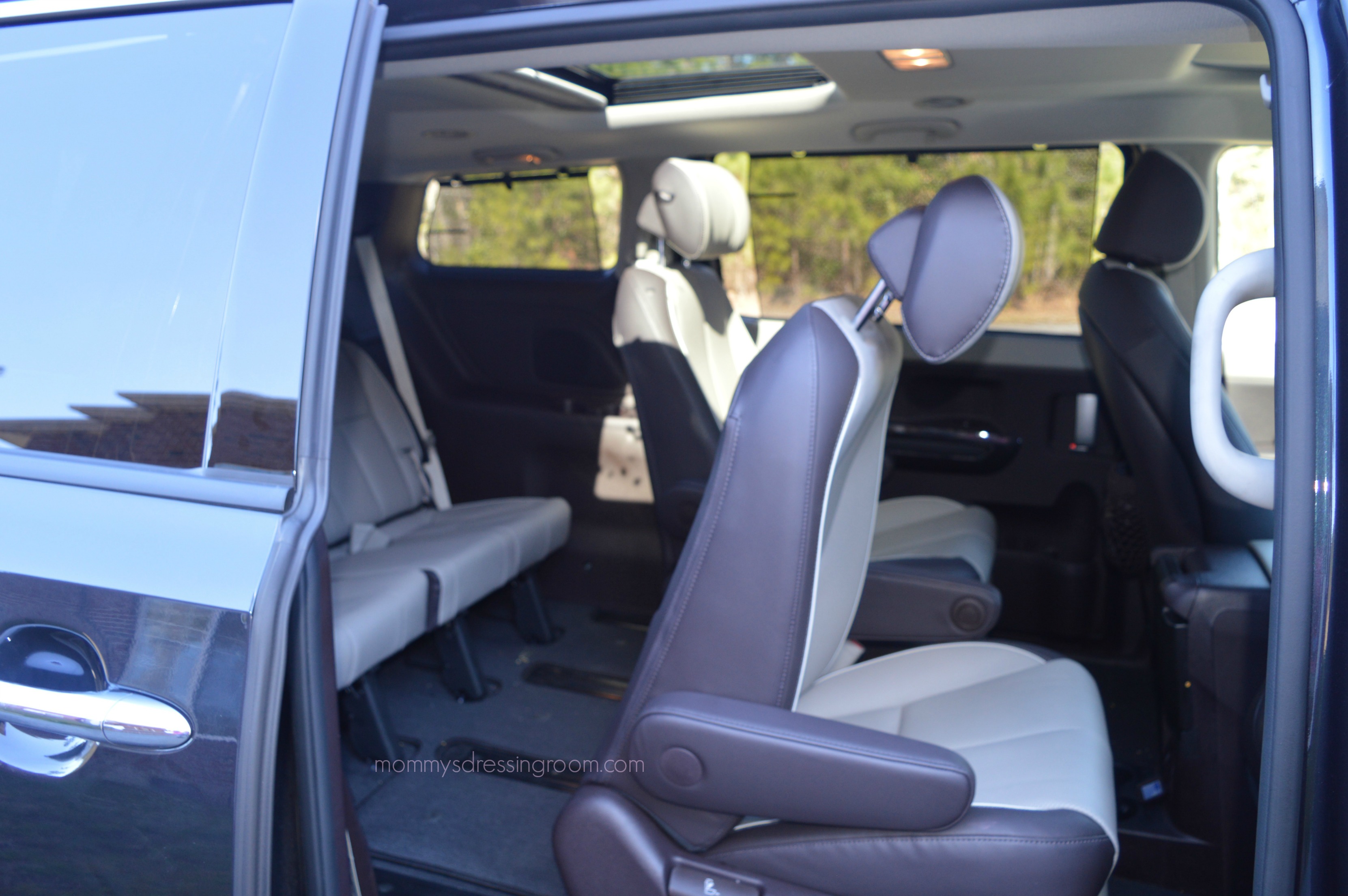 I’m convinced, the 2016 Kia Sedona SX-L is not your Mama’s Soccer Mom Van but it’s not for my family at this stage in our life. If my kids were a little older and didn’t require car seats then I’d be all in. 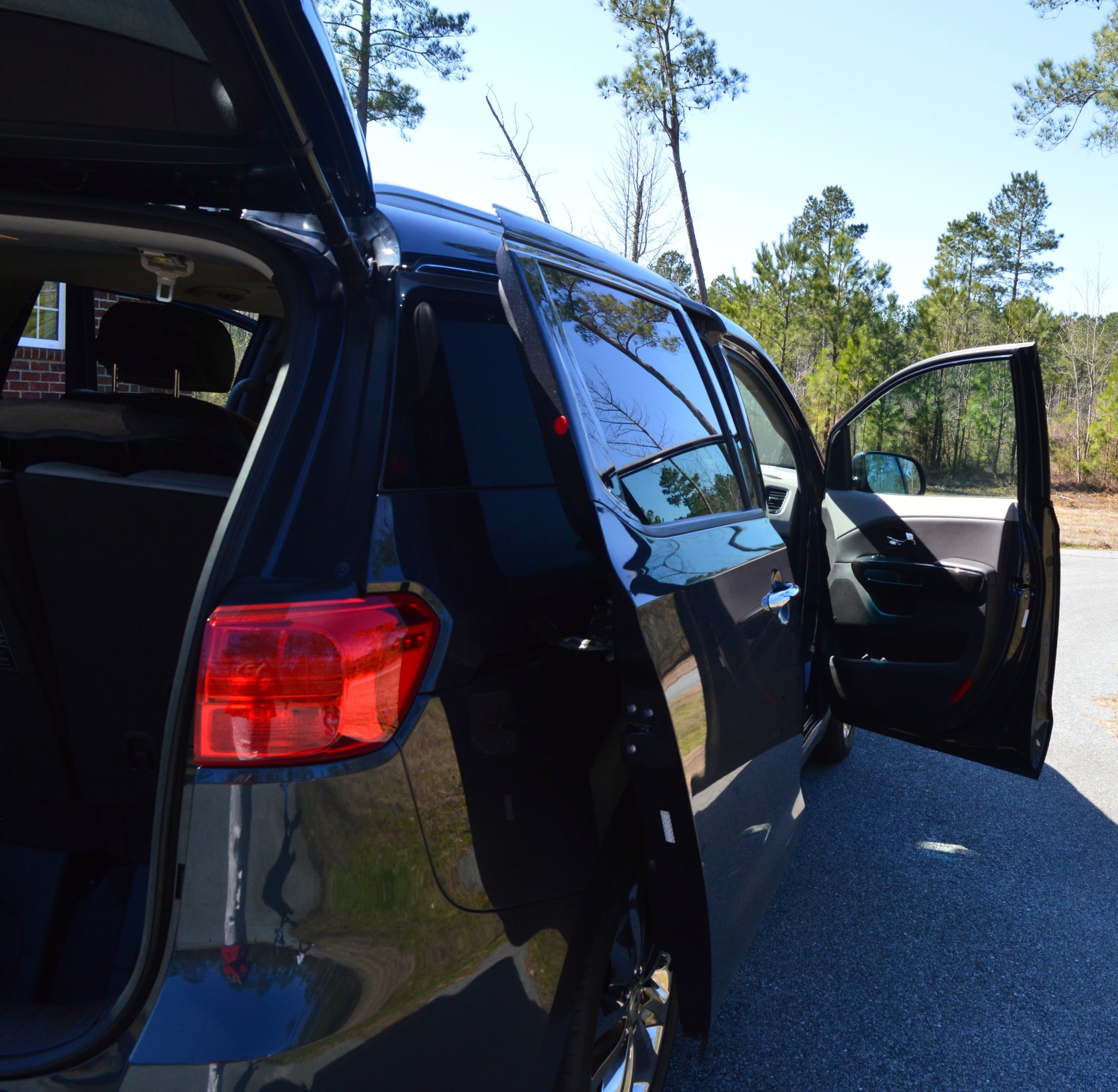 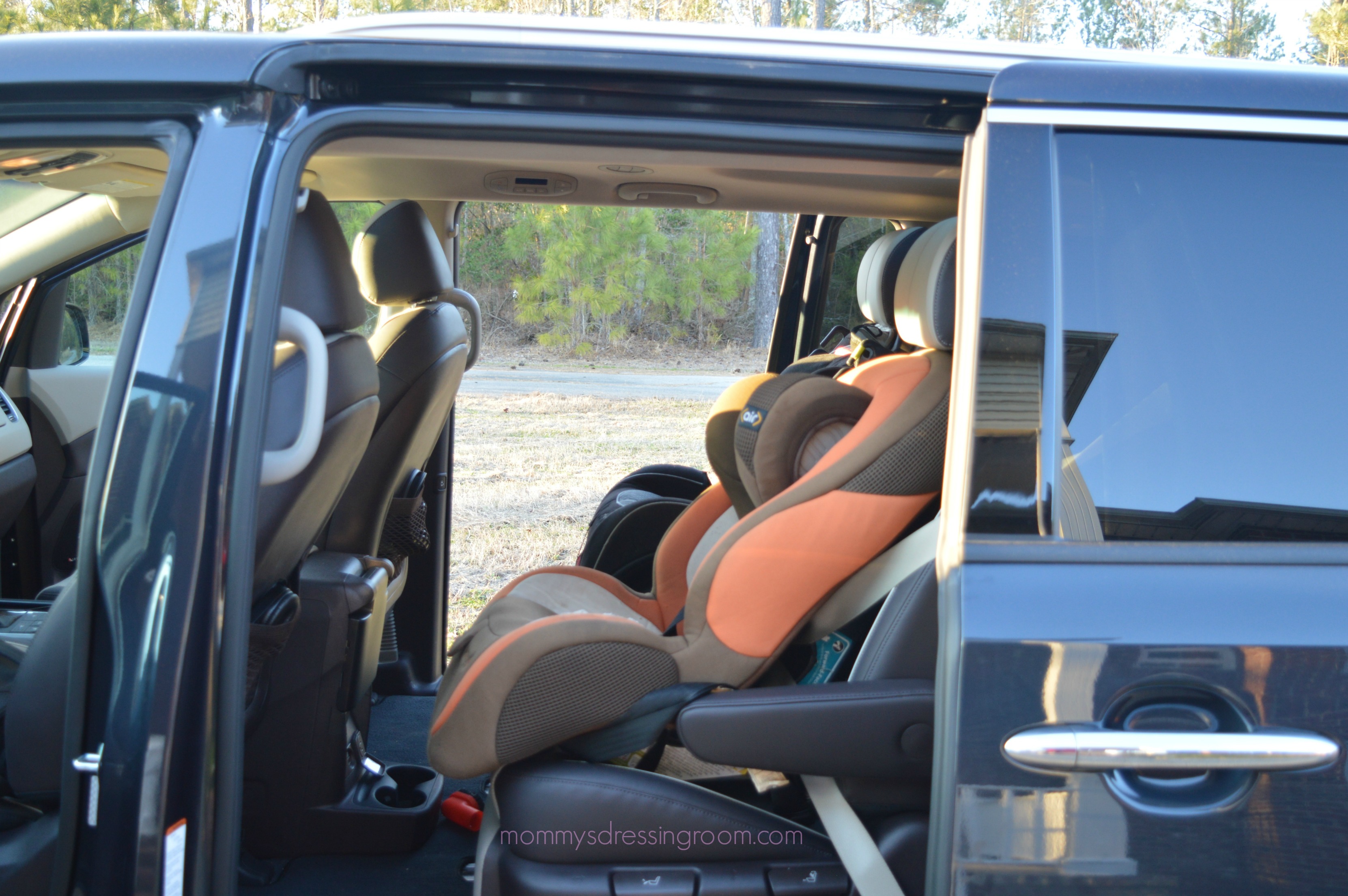 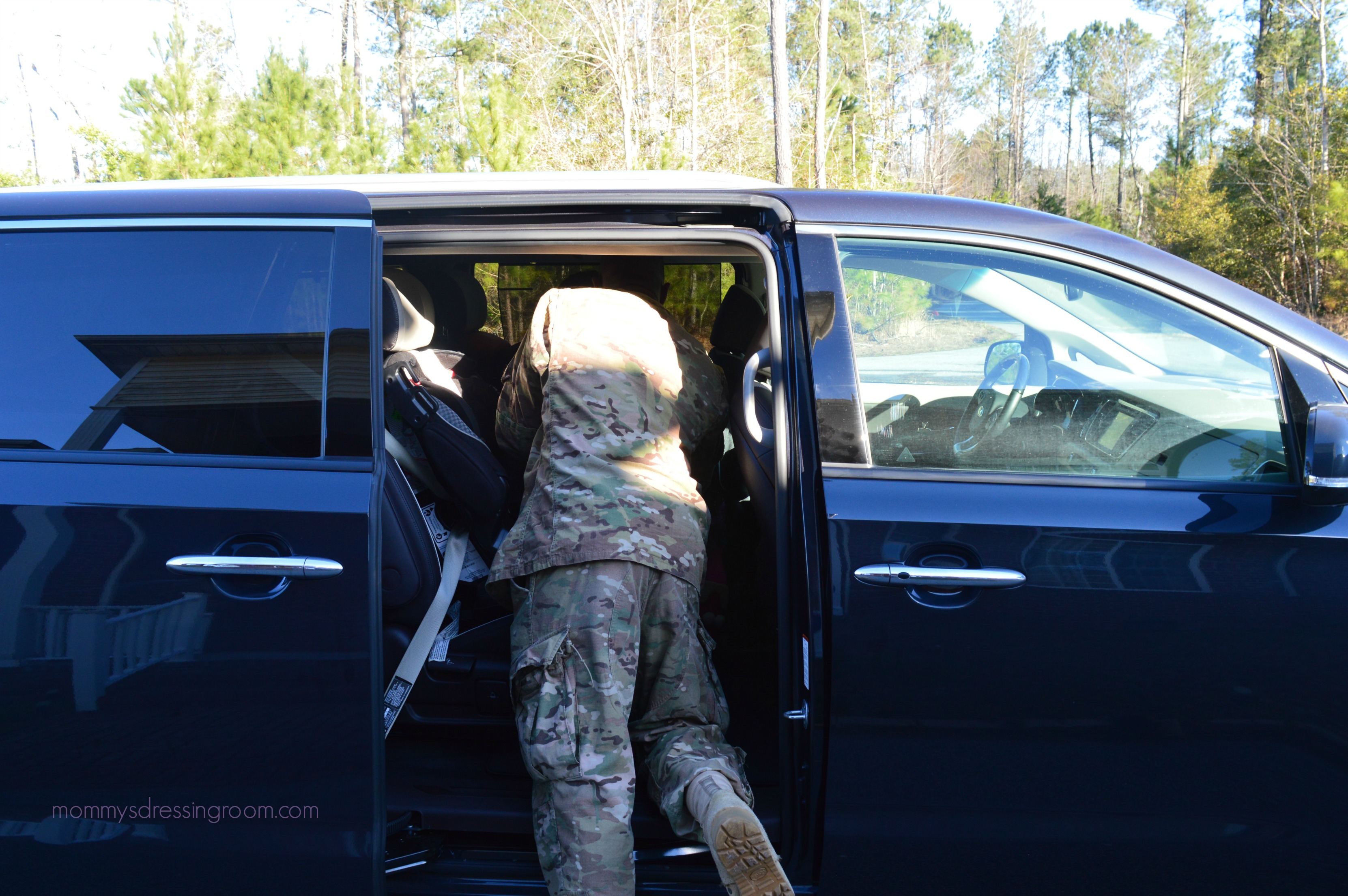 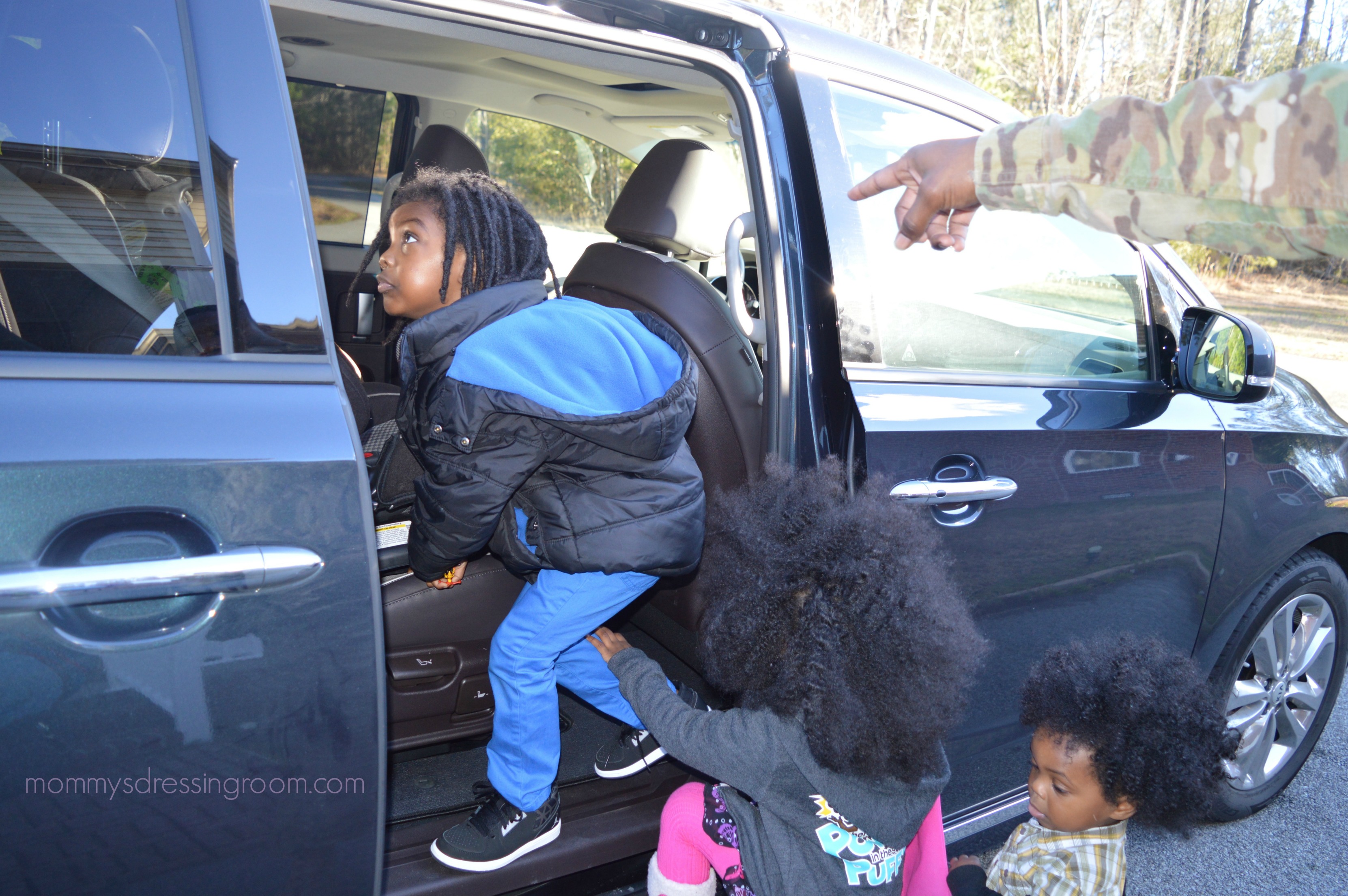 * Drive Shop provided me with this vehicle to test drive. All opinions are honest and my own.