Earlier this week we had the chance to see the advanced screening of Cars 3 in Silversprings, Md. I was dragging my feet to get there because I was crazy tired, and I had a to-do list that was a mile long, but I managed to push through because Zion is a huge fan of Lightning McQueen. Also, we had the chance to see a preview of the movie when we hit the Car’s 3 tour, and there was no way that I’d be able to live it down if I told them we couldn’t go. 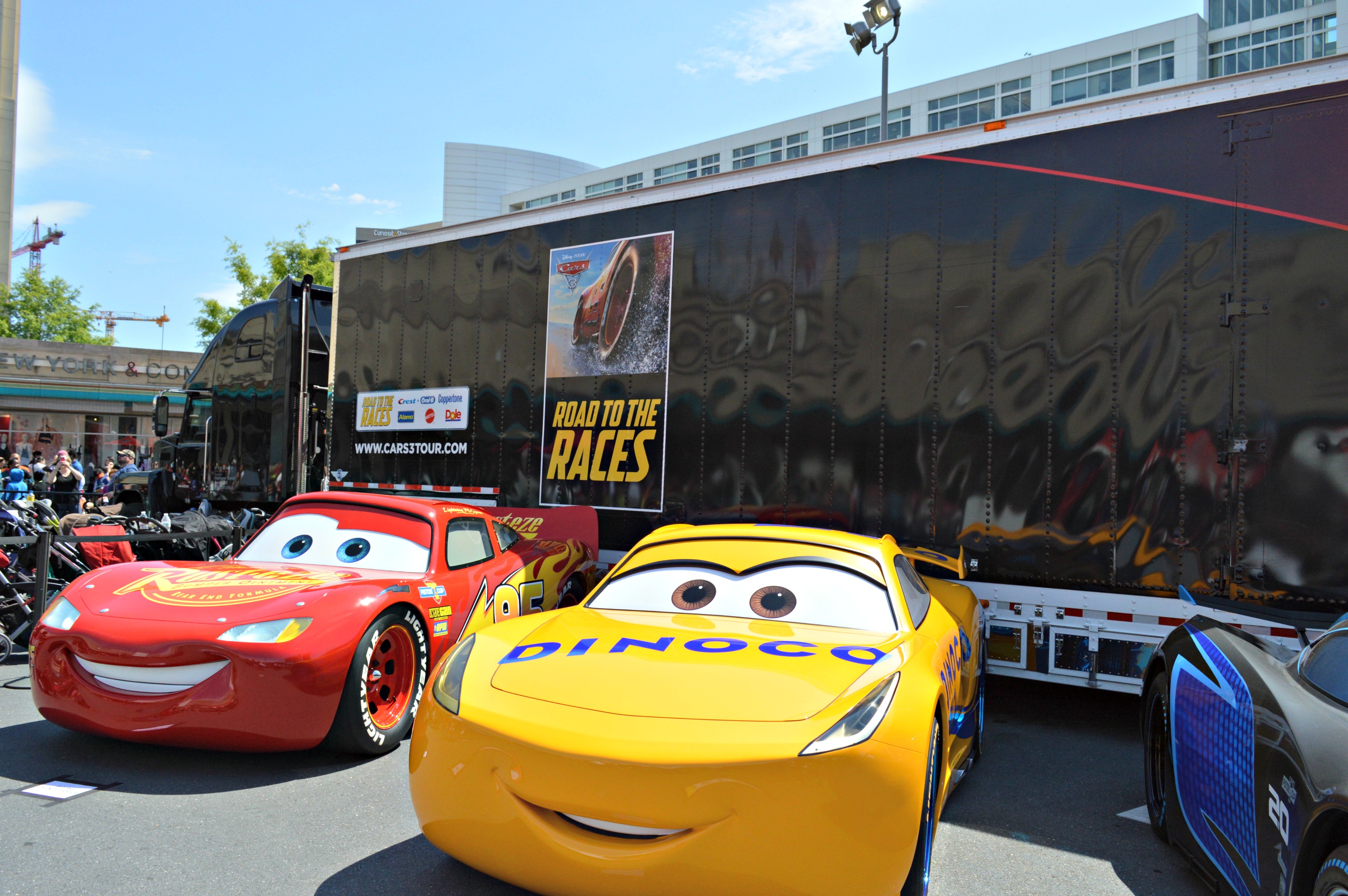 Although on the way there it felt like a chore I’m so glad we went. The movie was so good it wasn’t just a story for little boys who are fans of race cars, but it was a great ending and a very inspirational story for little girls. The entire time Zaniel was cheering at the screen because for some odd reason he thought the was Lightning McQueen, but in the end, I found myself cheering like a fool too.

A Little More About the Movie

Blindsided by a new generation of blazing-fast racers, the legendary Lightning McQueen (voice of Owen Wilson) is suddenly pushed out of the sport he loves. To get back in the game, he will need the help of an eager young race technician, Cruz Ramirez (voice of Cristela Alonzo), with her own plan to win, plus inspiration from the late Fabulous Hudson Hornet and a few unexpected turns. Proving that #95 isn’t through yet will test the heart of a champion on Piston Cup Racing’s biggest stage!

The film also features the voice of Kerry Washington (who I absolutely love).

Cars 3 is Rated G and lasts about an hour, and a half-which is good time for little ones. It hits theaters today! So snatch your son and your daughter and head to the movies tonight!

Soooo, when we moved in this house last August we

We got cherries! A few weeks ago we discovered tha

Today is #nationalbestfriendsday and I have to sen

I found my birth plan from 2014 when I was pregnan