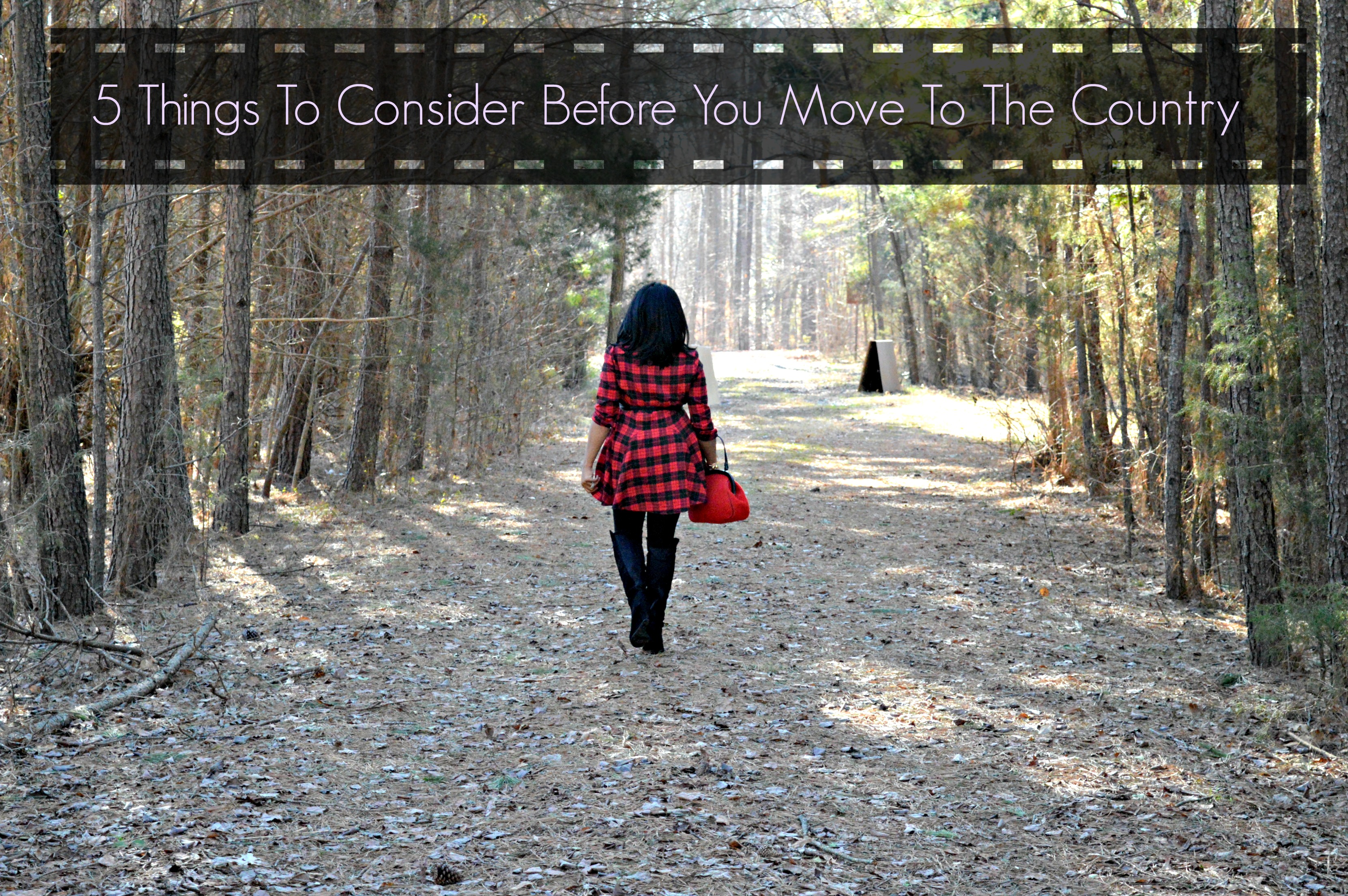 5 Things to Consider Before You Move to The Country

Everybody wants to move to the country…….. OK well maybe not everybody but we really did. My husband and I would dream of owning land and raising our kids in an environment that was nothing like where we grew up, and we are finally able to make it happen. He grew up in the inner city, and I grew up in the jungle.  Well not quite, but the southside of Chicago is pretty darn close. Hearing gunshots and ambulances all day every day was not uncommon for either of us so owning a home for our family in a different environment became a dream come true for both of us when we moved to the country. But with every good thing,  comes a few hiccups. There are a few “drawbacks” to living in the country, and if you are thinking about moving to the country, I  wanna give you the heads up that nobody gave me. 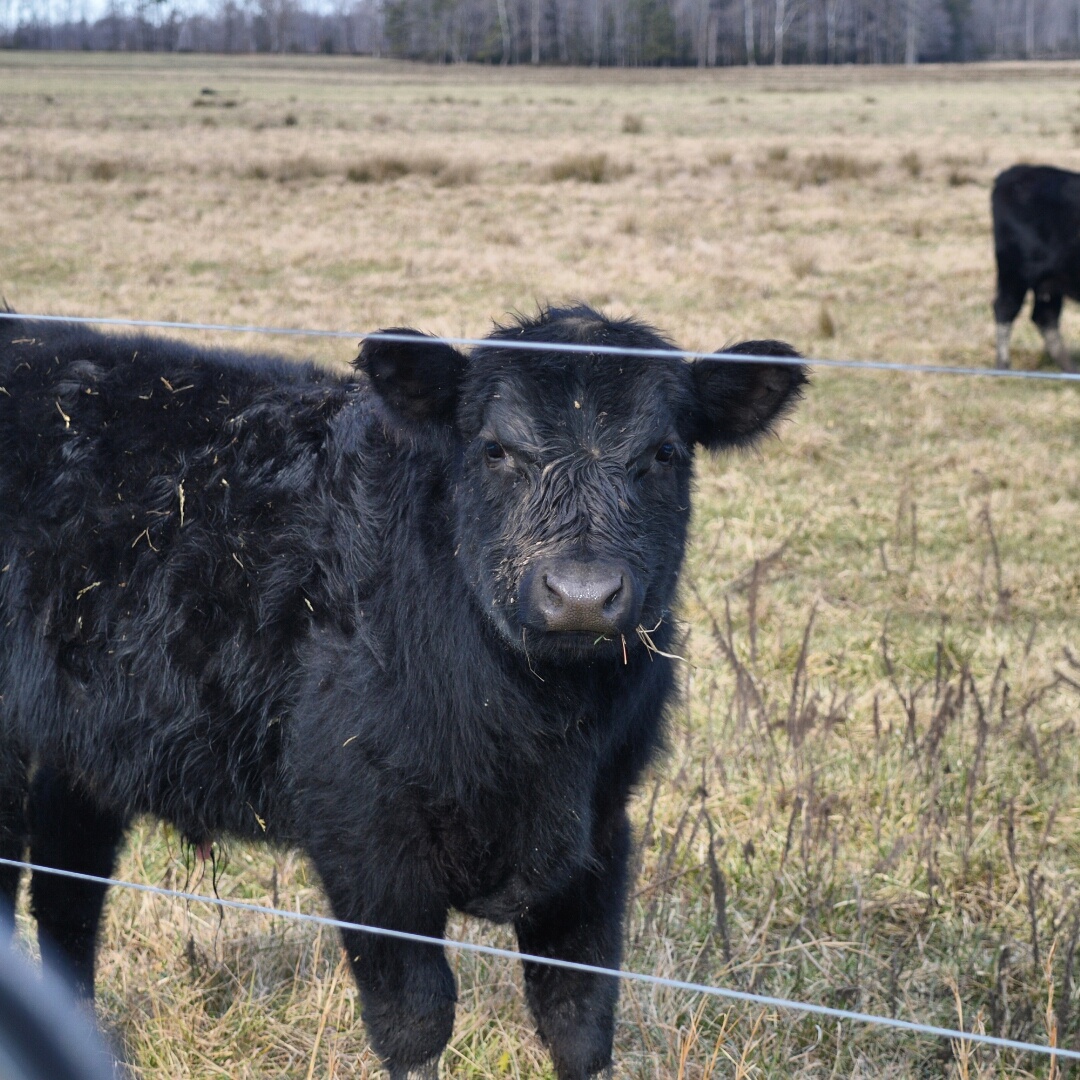 Let’s start with the most obvious the animals. When you move to the country, you will come in contact with more animals than you will people, and sometimes that’s a good thing, but there are sometimes when you find yourself thinking “Is this what my life has come to?”.  Like that time a turkey crashed through my windshield, or that time a big black snake was just chilling on our porch that actually happened twice, thank God he wasn’t poisonous, and he eventually slithered away, but that was creepy.

Oh and that time I found this really gorgeous/scary looking spider in the backyard or that time when we were burning boxes and Vayda wandered into the woods because that’s what Vayda does and I found a tick on her stomach. Yea, all of these things, happened in the course of a year. Oh and let’s not forget that our neighbor told us a bear lives out here somewhere, are you bout that life? For the longest time, I was afraid to walk to the mailbox by myself because I thought I would see the bear. We’ve never met, and I hope we never do but I still that’s kinda scary. But the most violent offender isn’t a bear, a snake or even a lion it is a cat. Yes, you heard me, a cat. This cat gets into the trash and shreds the bags to pieces. My husband as you can imagine hates him or her we don’t know it’s gender. He’s been trying to catch him for months. It’s a terrible, awful thing, but I can’t help but laugh everytime he goes to dump the trash.

2. You are the Trash Man

Speaking of trash, we have to dump our own trash. When we first moved here (remember we bought our house sight unseen), my husband kept saying he never saw garbage trucks or any of our neighbors pull out their trash cans. After weeks of waiting, I called the city and learned that we are in fact the garbage men well at least my husband is because I don’t do trash. We don’t have to dispose of it ourselves, but he does have to transport it to a dump site where they then dispose of it. That was a slight adjustment that wasn’t too bad until that cat came through with the Freddie Kruger claws tearing up errthang.

Thank God I had the common sense to research how far we live from the hospital before we bought this house because Super Bowl Sunday of this year Zaniel had a seizure and I was terrified. None of my children have ever had a seizure, and the only thing I knew how to do was pray.  After my prayer and his seizure ended we hightailed it to the ER. Gratefully we only live about 15 mins away but if you do decide to move to the country always know how far you live from emergency services. I didn’t know this until later, but the State of Virginia has rescue squads that assist you in emergency situations, and they get to you quicker than you can get to the hospital.

My husband drives an hour to work every day, that would drive most people crazy, but I think the fact that he doesn’t encounter traffic keeps him sane. The traffic in Hawaii was beast mode, and he had no patience for that, but he looks forward to his hour drive to and from work. If you don’t like driving you might hate living in the country, neither of us mind too much, and the scenery is beautiful, so it isn’t really a con. What is a con is the amount of money you could potentially spend on gas. I say potentially because after a few months of dropping $60 in the beamer every other day my husband bought a Prius. It only costs $12 to fill up the Prius, and he rides her for about 2 weeks before it’s time to fill her up again.

And not the sexy Rhianna type of work, I’m talking about keeping yo ish together. We have 15 acres, and only about 2 ½ acres are cleared, but those 2 ½ acres have to be cut just like any other yard. It’s not too bad because we have a riding mower but it’s something to consider if you don’t, also factor in the heat and time it takes to cut the grass.

So this is the real tea if you ever decide to move to the country. Even with all of these factors I still can’t imagine living anywhere else we love it here, and I’ll write a post about the benefits of living in the country because it ain’t all bad.