Confession: I didn’t want any girls because I don’t know how to do hair.  And although I only had one girl God saw fit that all my children would share the same blood line as Rapunzel so the jokes on me. 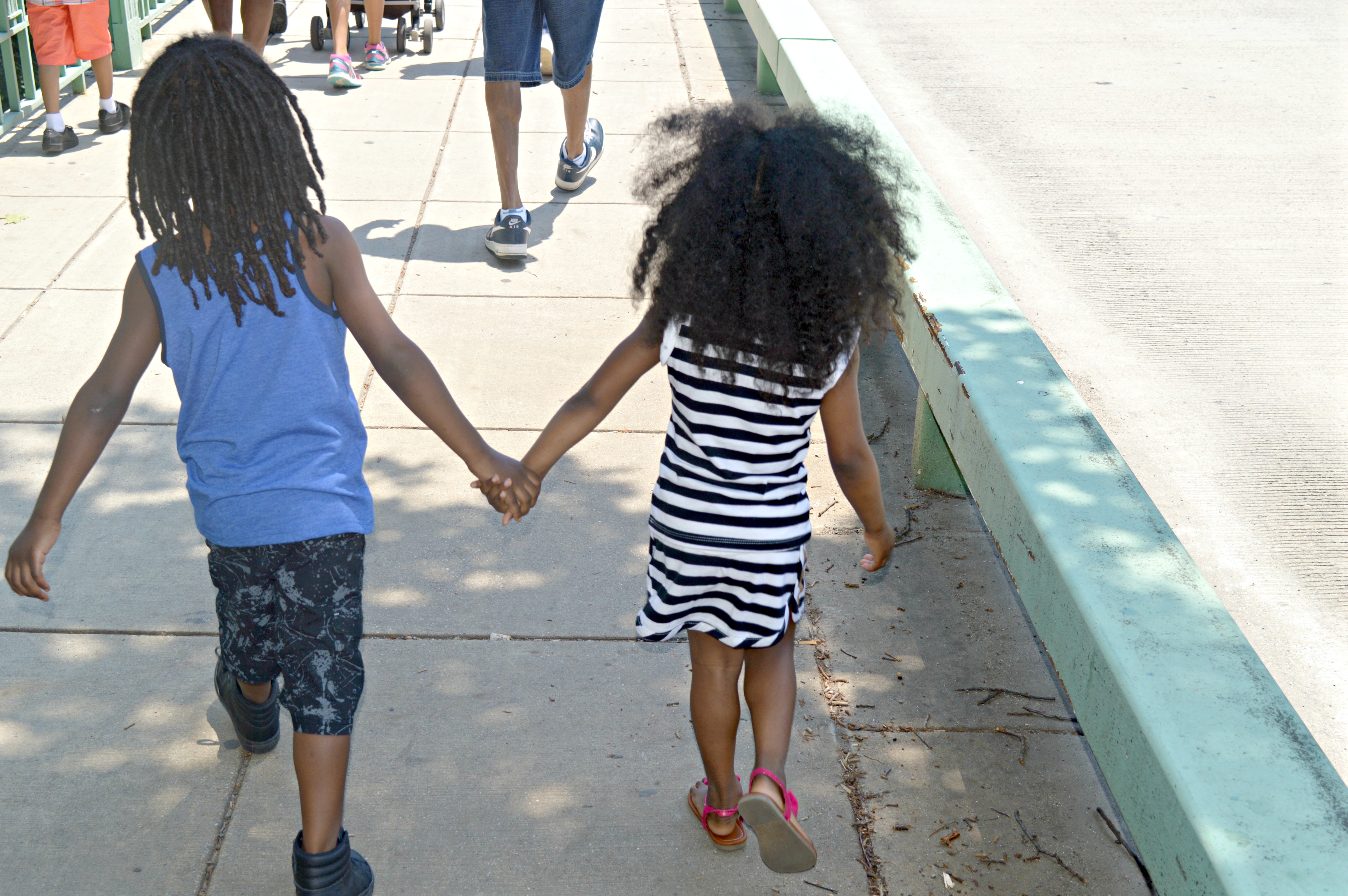 I’m often asked what is it that I do (or don’t do ) to her hair so one day while I was washing her hair I decided to do a short Facebook Live video about her hair regimen.

In addition to the video I wanted to go a little bit more in detail so I decided to write about it.

A few things you should know. 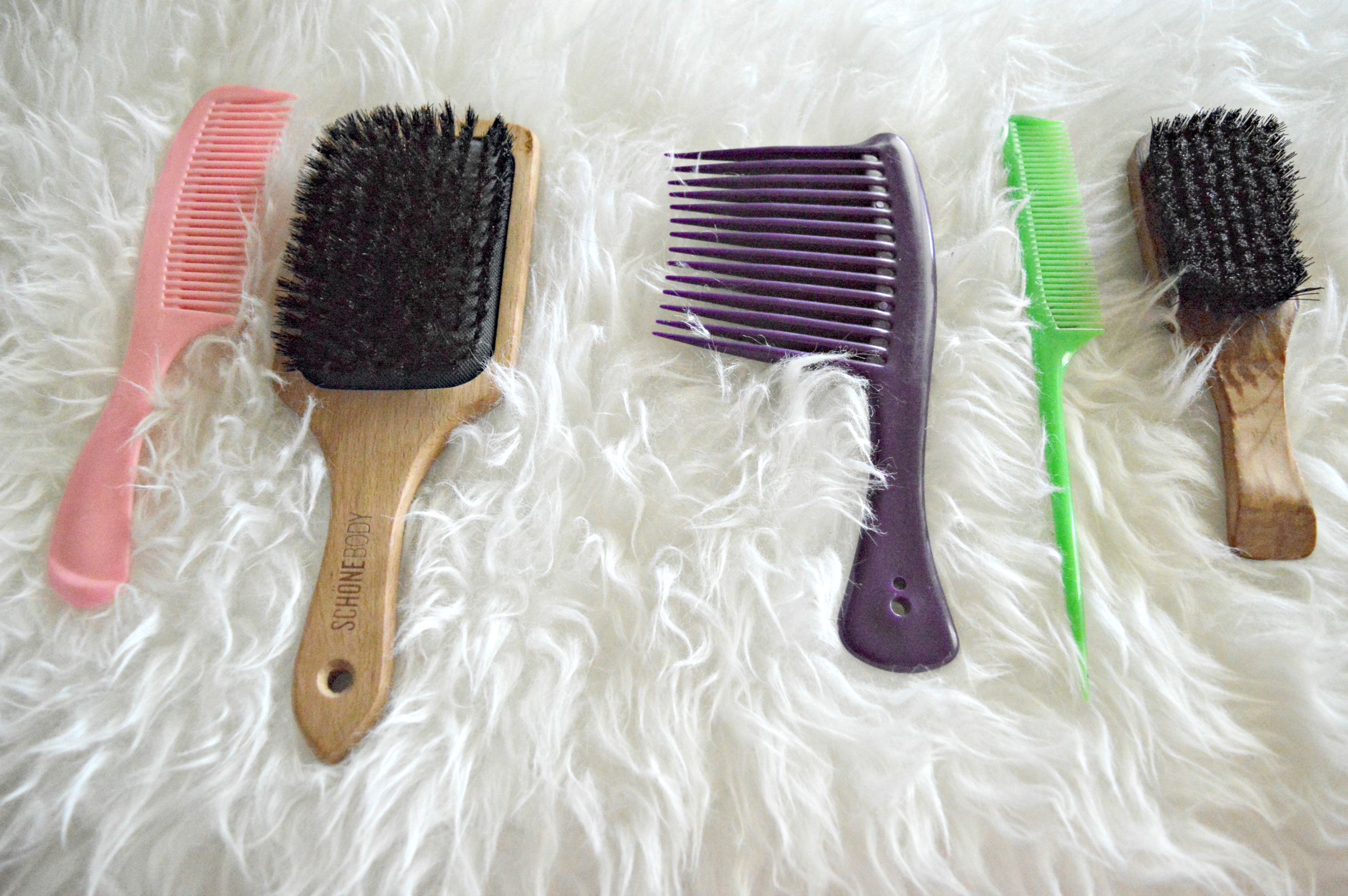 Loc Method -I use the LOC method on her hair which is a regimen of Liquid Oil and Cream. 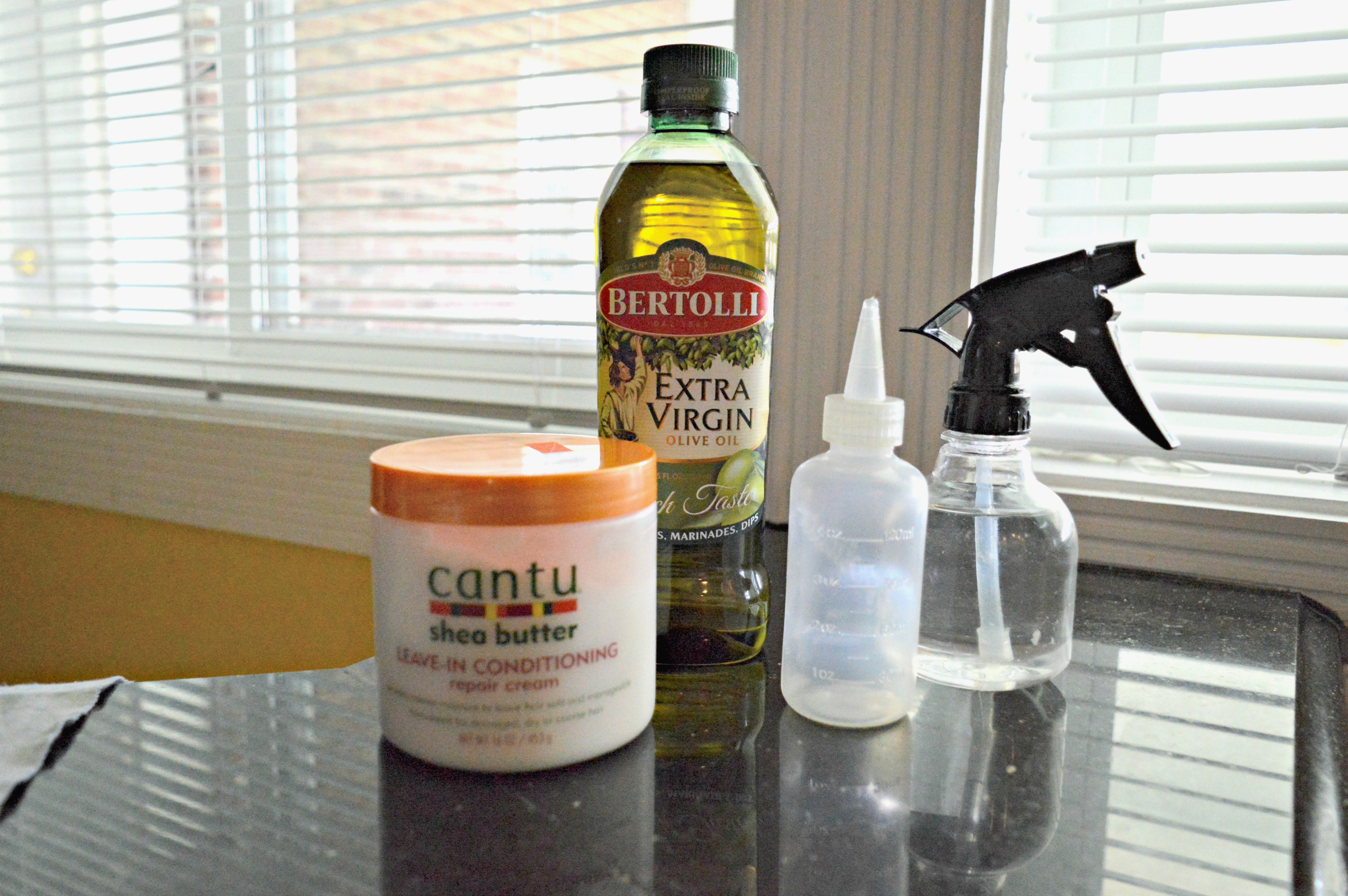 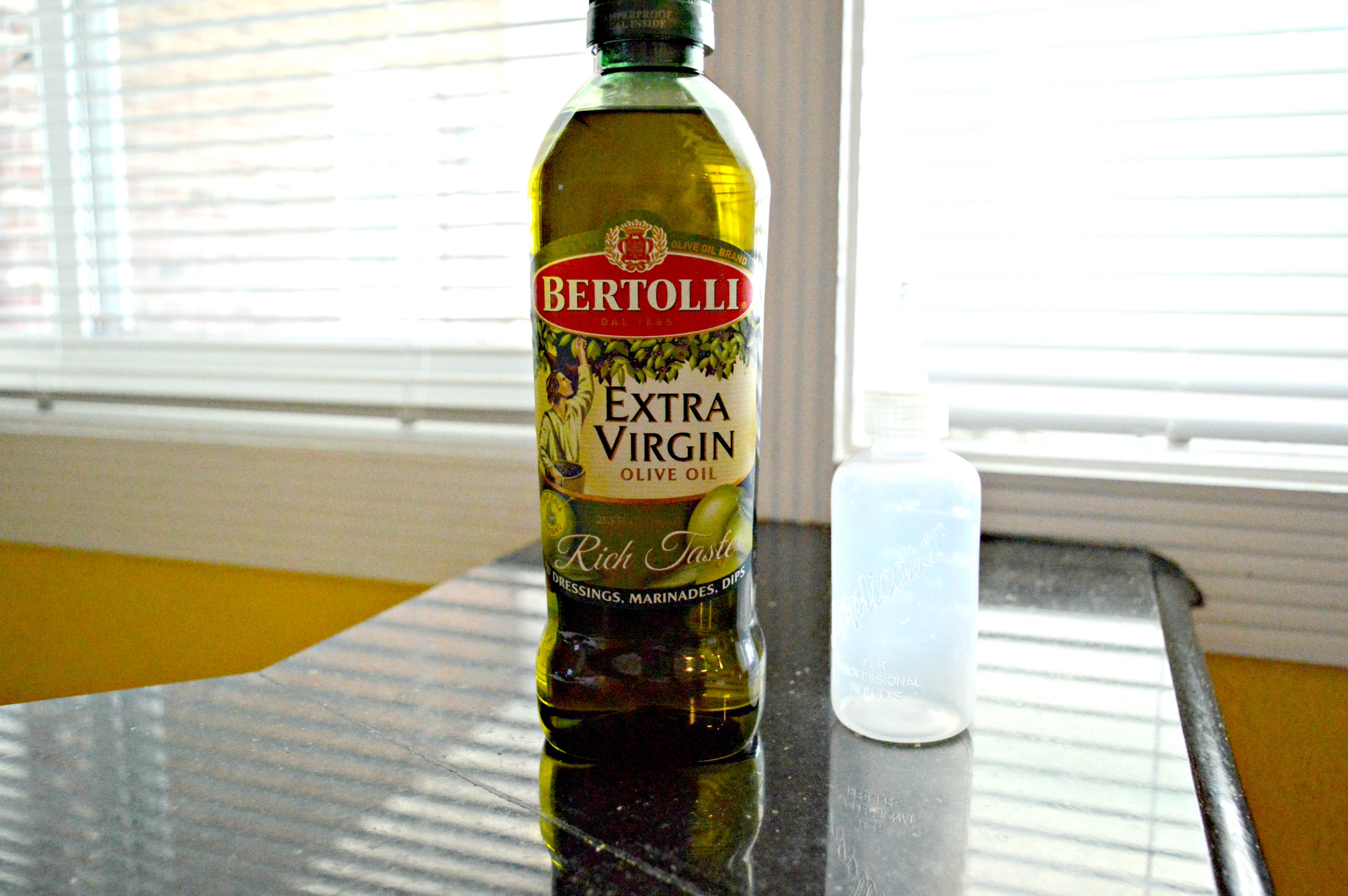 How often do I wash her hair?

As stated in the video this my sound all sorts of wrong but I only wash her hair every 3-4 months if that. No, it doesn’t stink, and it’s not visually dirty. When I do her hair, I make sure to comb out any lint or build up. The reason I don’t wash her hair as often as other people is because quite frankly I don’t have the time.  All three of my kids have a head full of hair and maintaining their hair sucks up quite a bit of my time.  Another reason I don’t wash it more often is because I’ve had no issues that would warrant otherwise and I’m a very “If it ain’t broke don’t fix it kinda girl.”

Even when weeks have gone by and I’ve neglected to comb her hair, and there is some matting I experience little to no breakage, and I think that’s largely due to me sticking with the LOC method.

Vayda has eczema so I’m very selective about anything that touches her skin so I recently started washing her hair with African Black Soap– not the kind you buy from the beauty supply- this is straight from the motherland, and it is the bees knees, it doesn’t strip her hair, and it’s great for her scalp. Also after researching how great this soap is the whole family uses it for our hair and body. It has officially become a necessity in my household. For conditioner, I use Nexxus Humectress Replenishing System or Tresemme Luxurious Moisture For Dry or Damaged Hair.

I take her hair down and section it into four parts. 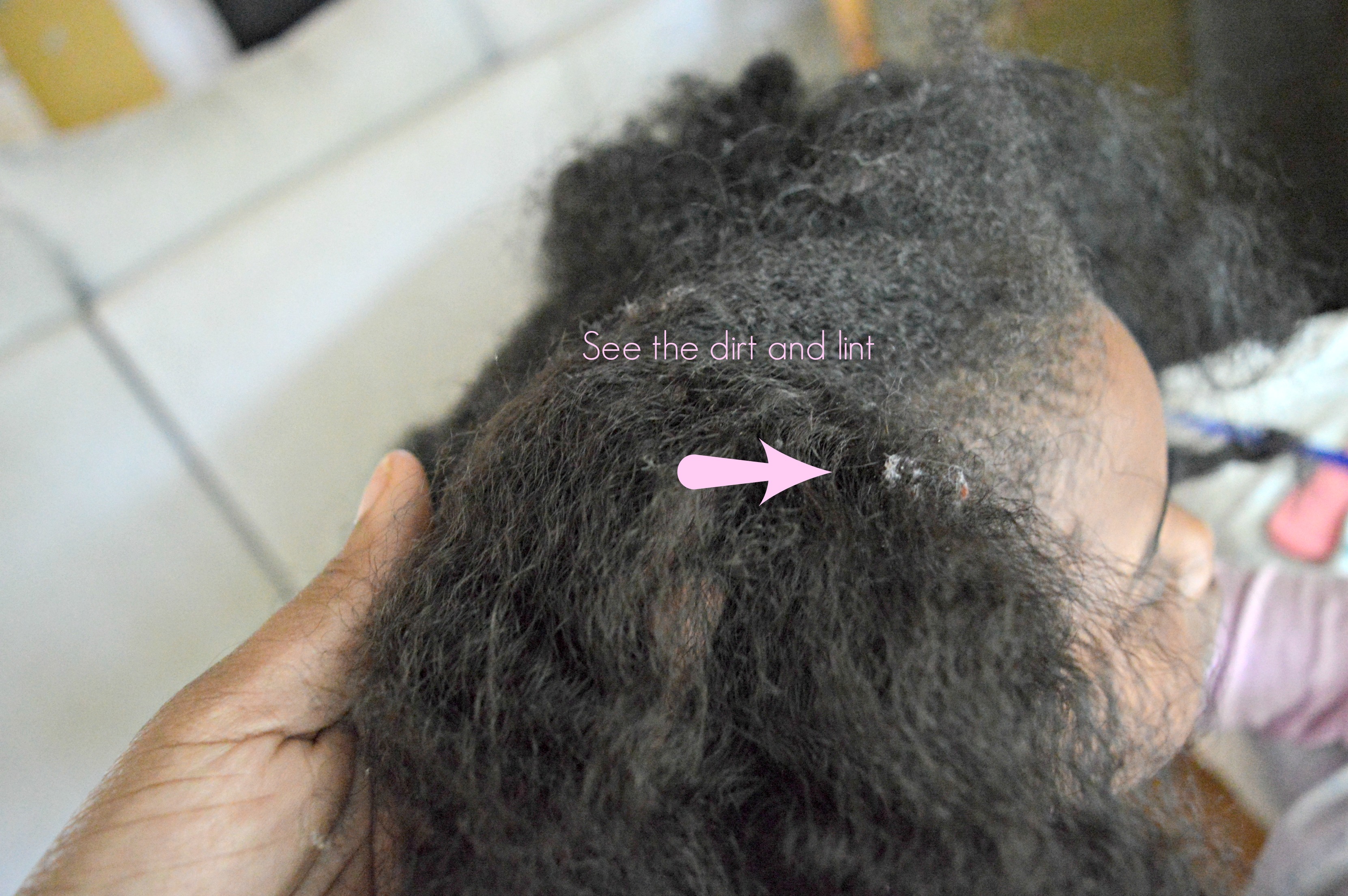 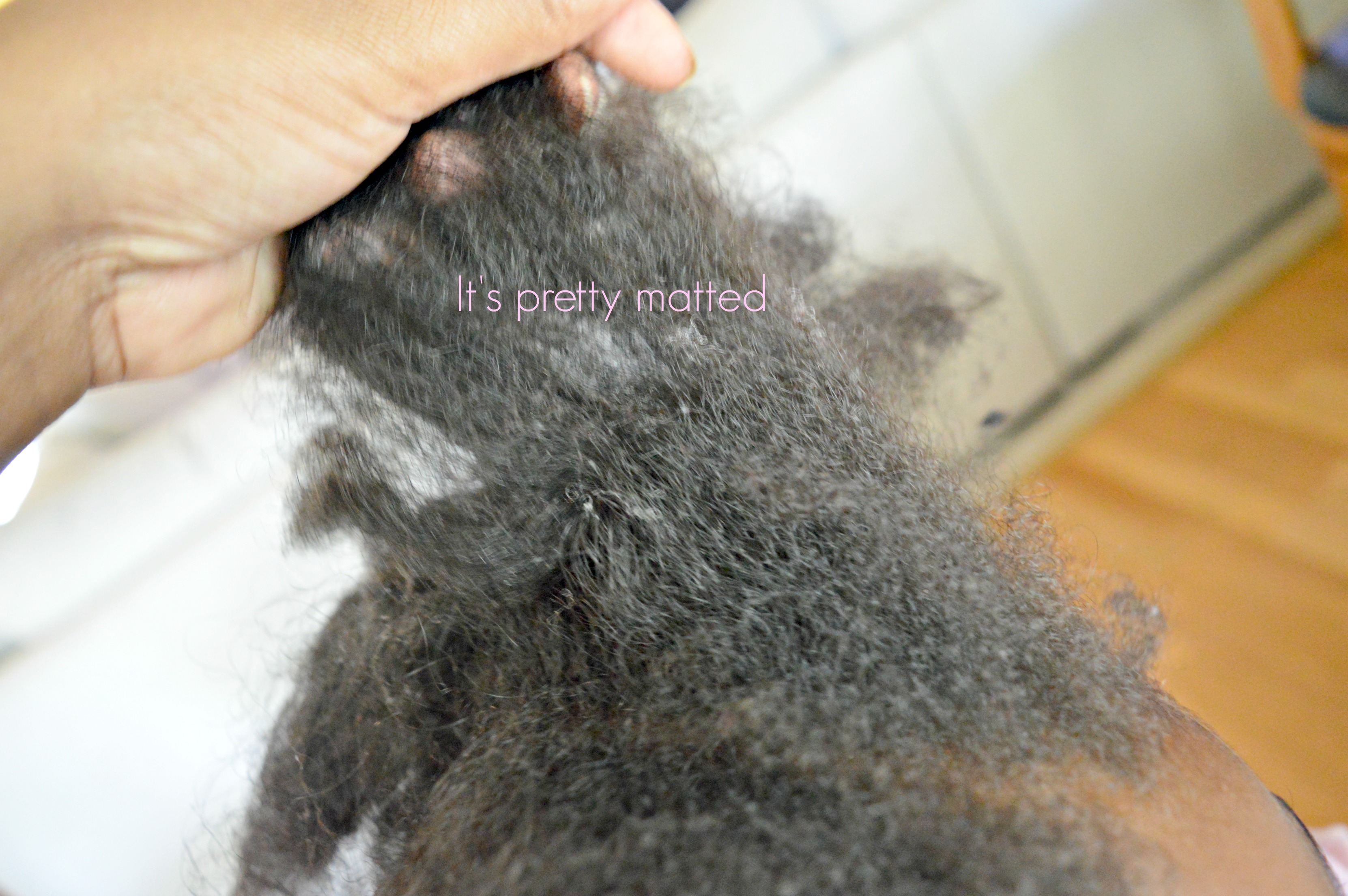 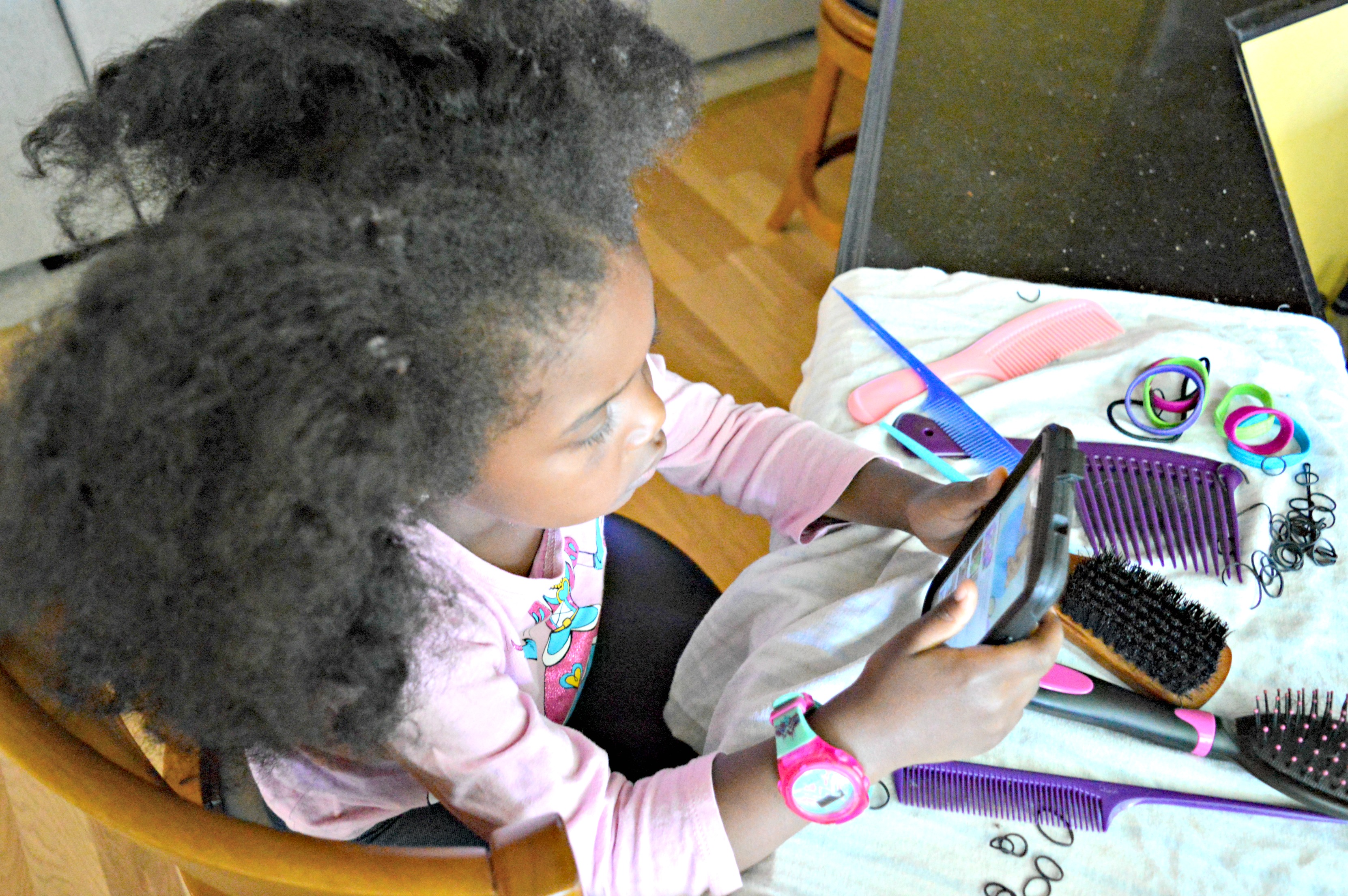 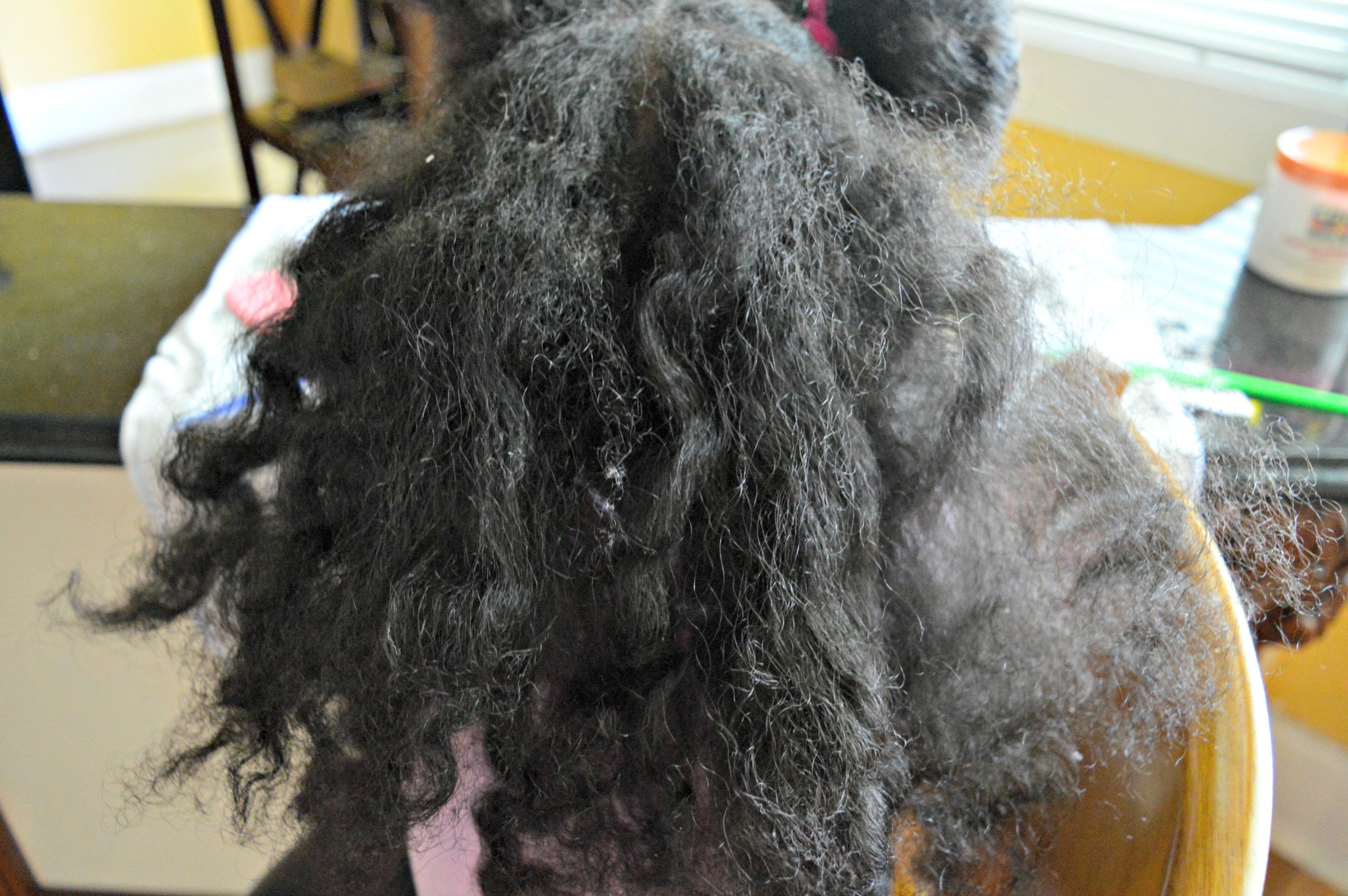 Part a section of the first part and saturate it with water, get it soaking wet. 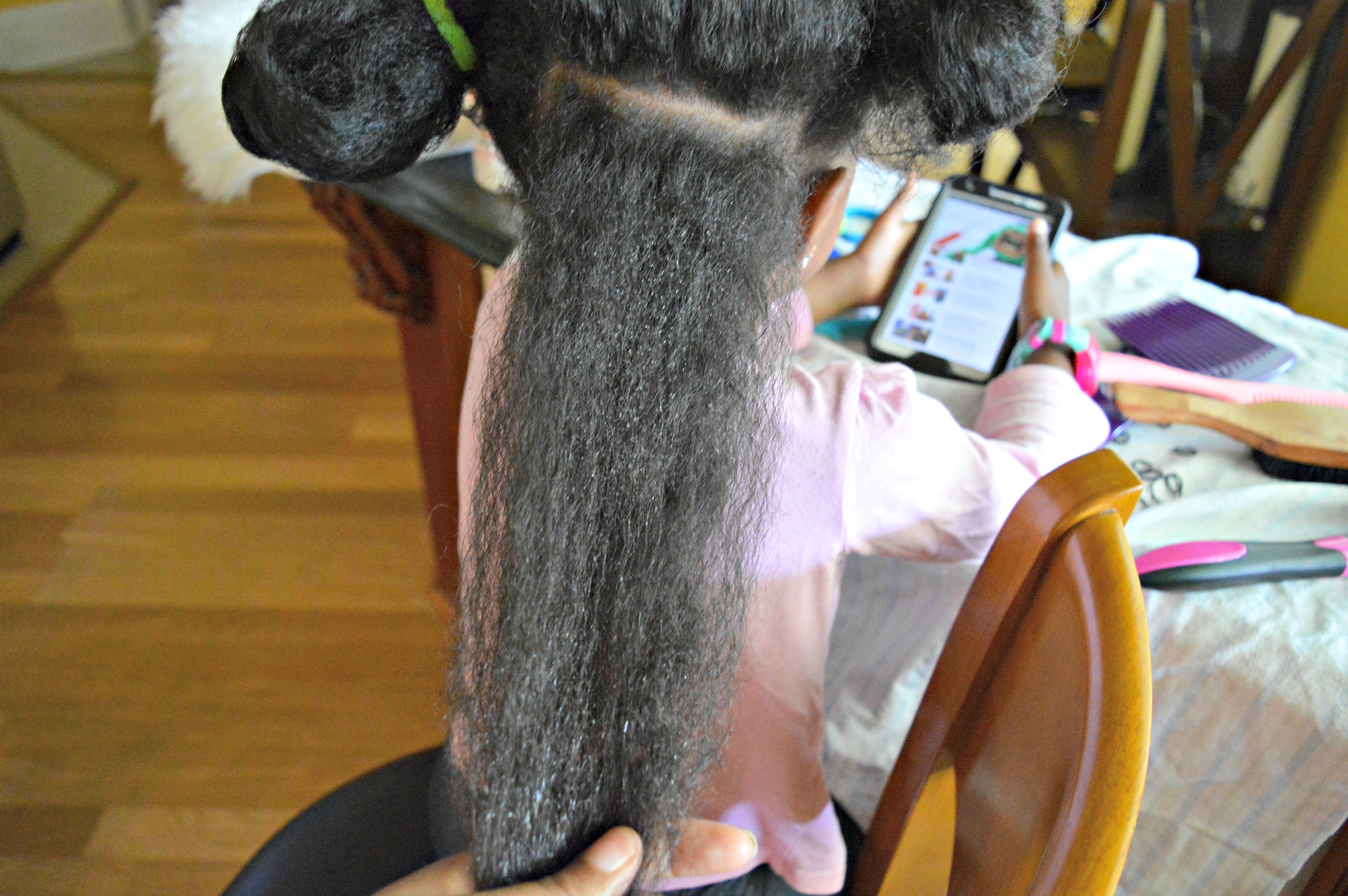 I add a generous amount of olive oil from root to tip of the section. 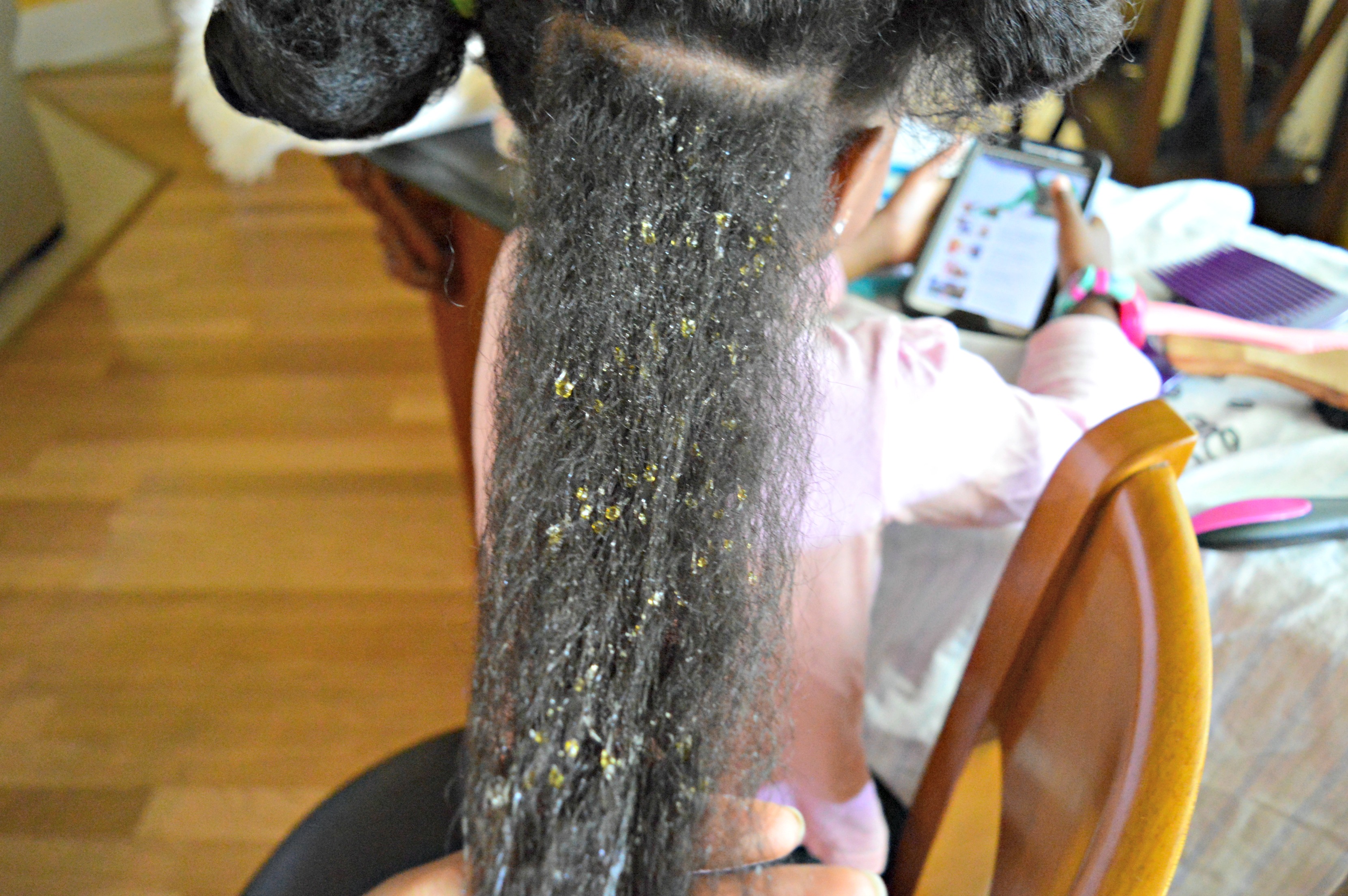 I detangle and comb through the hair with a wide-toothed comb starting from the bottom working my way up, then I repeat the process with a medium-toothed comb and lastly using a rat tail comb. It’s important that I do this because I don’t wash her hair often and this process gets all of the gunk out. 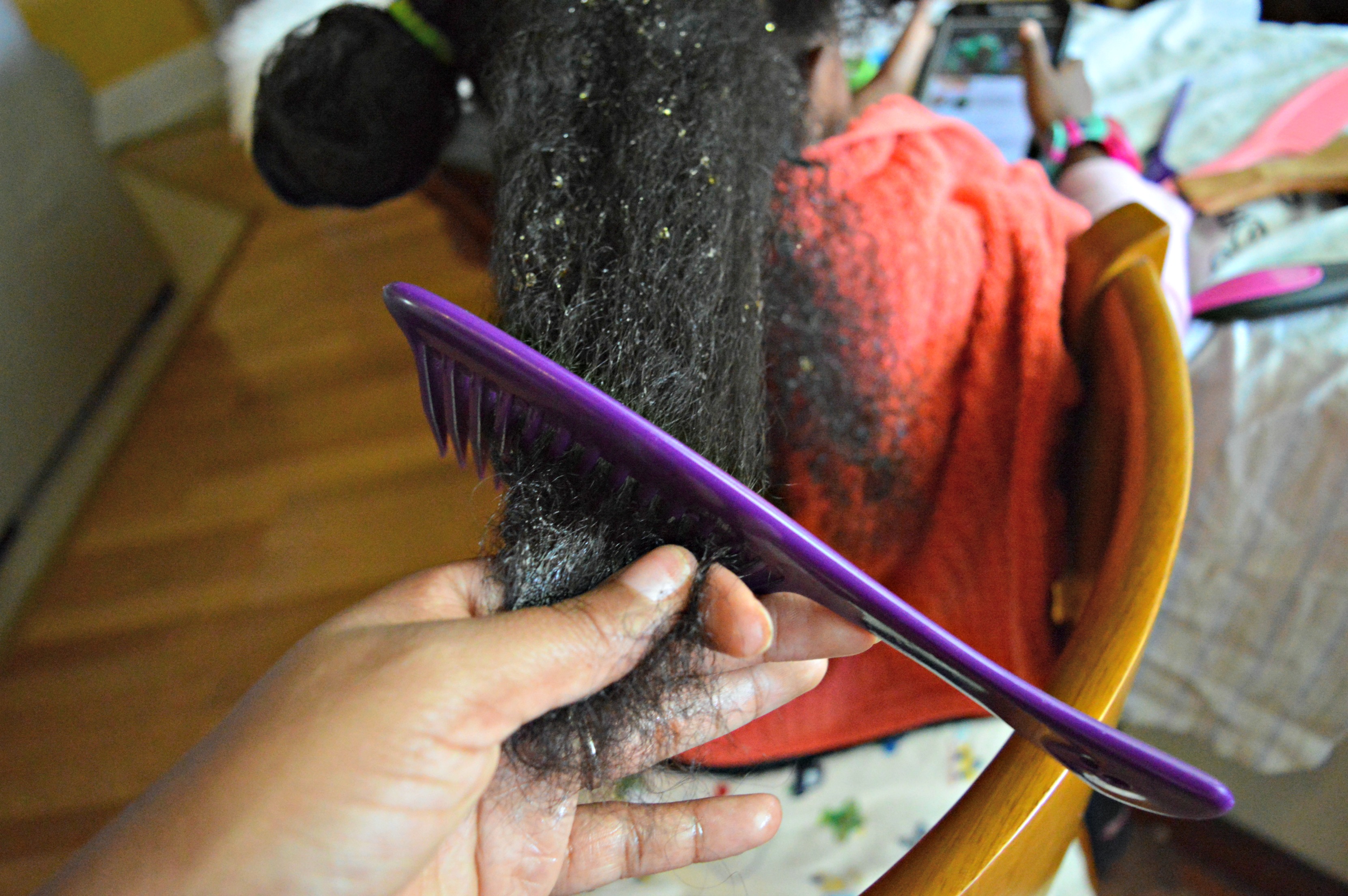 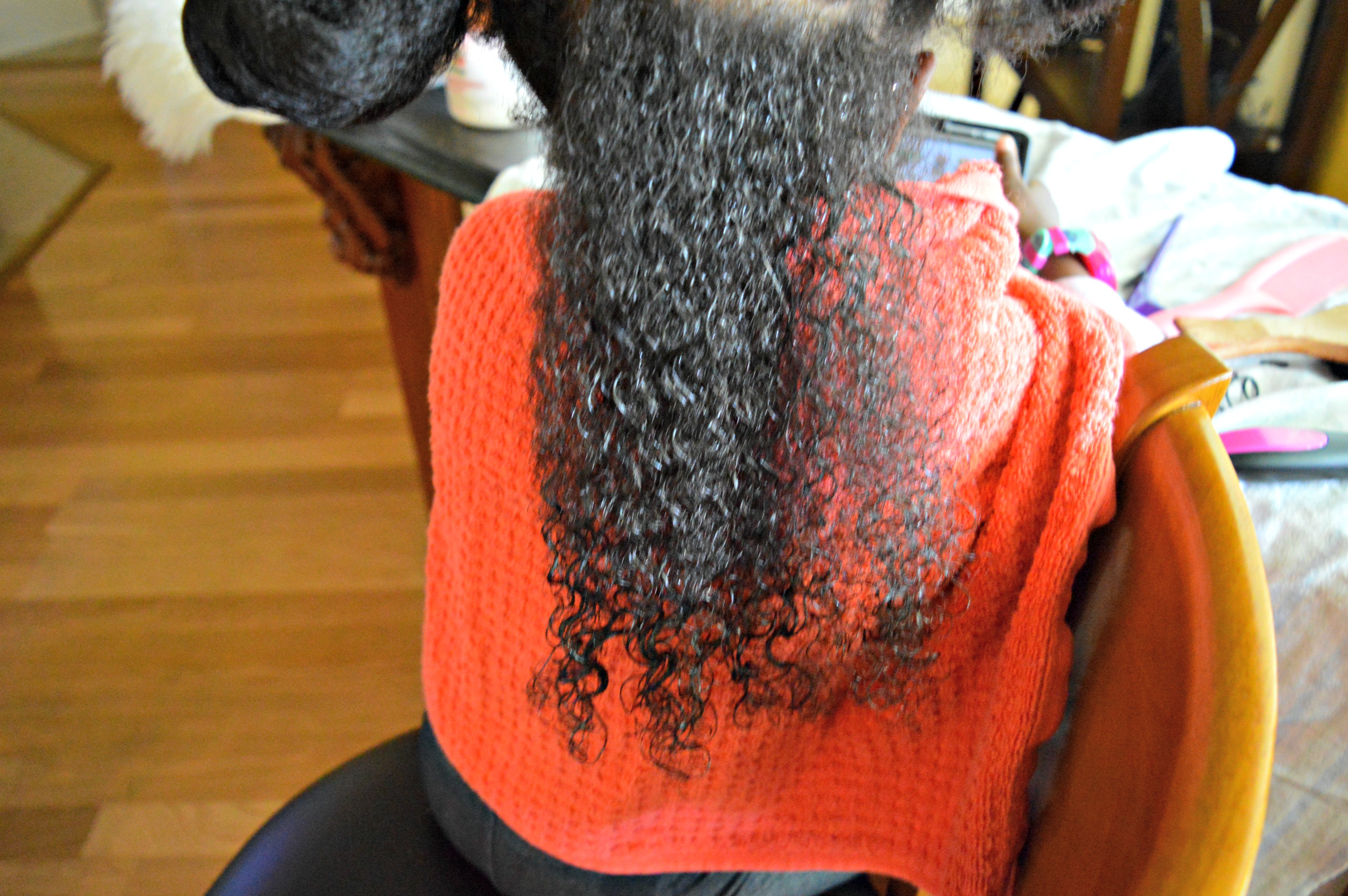 After the hair is detangled and separated I add maybe a tablespoon of Cantu Leave-In conditioner to that section of hair and comb through it, you can add more if needed. 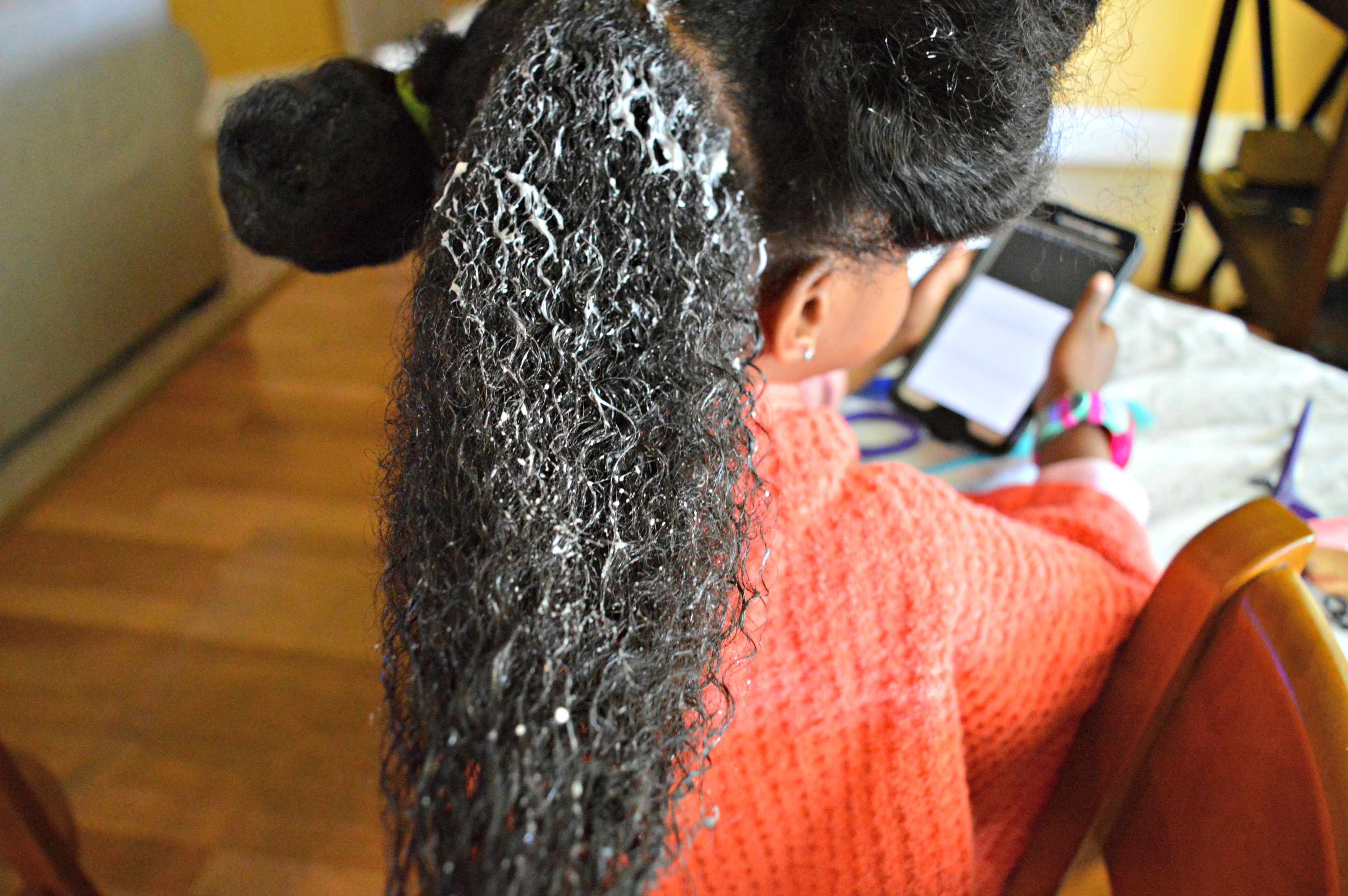 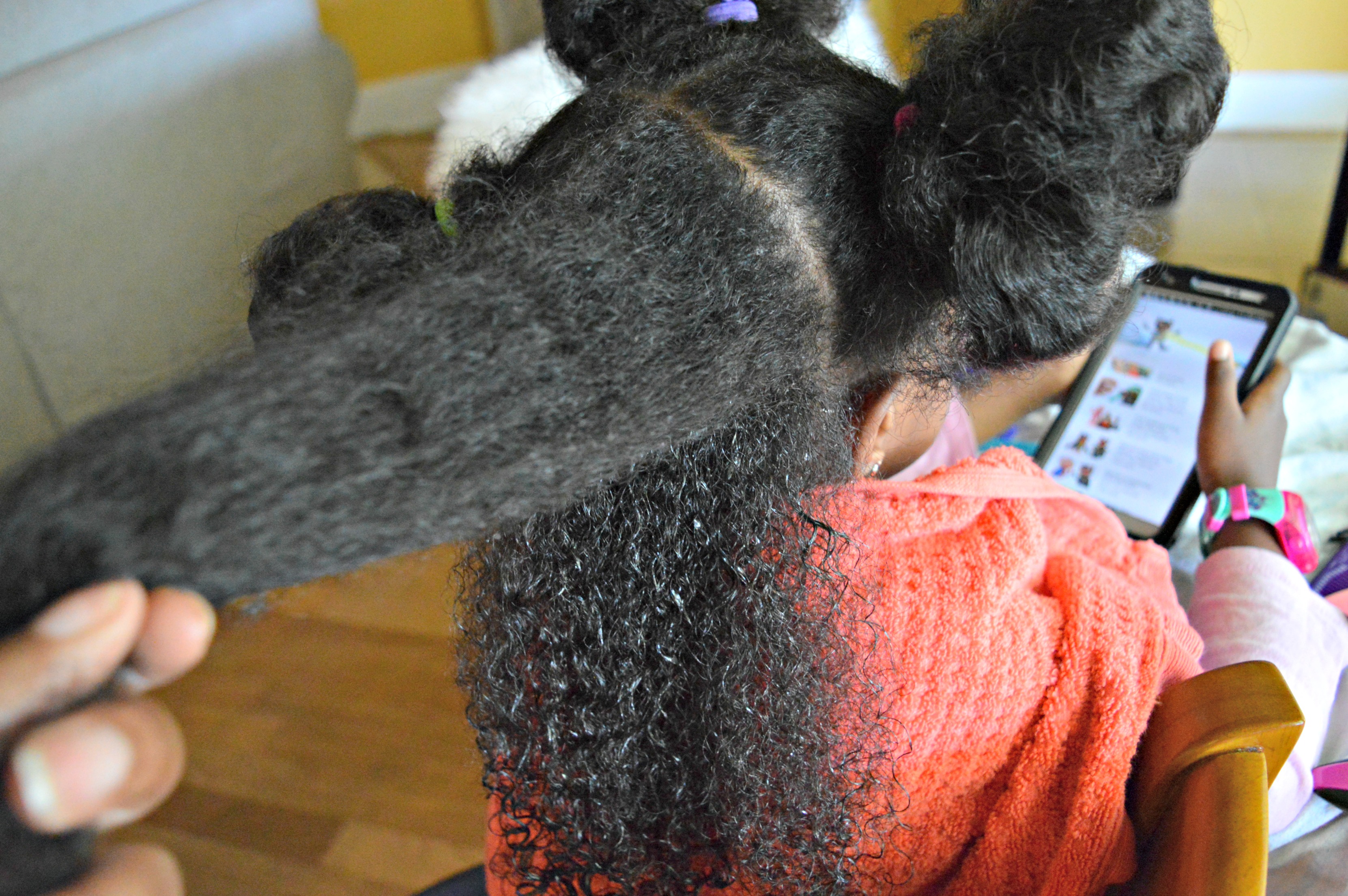 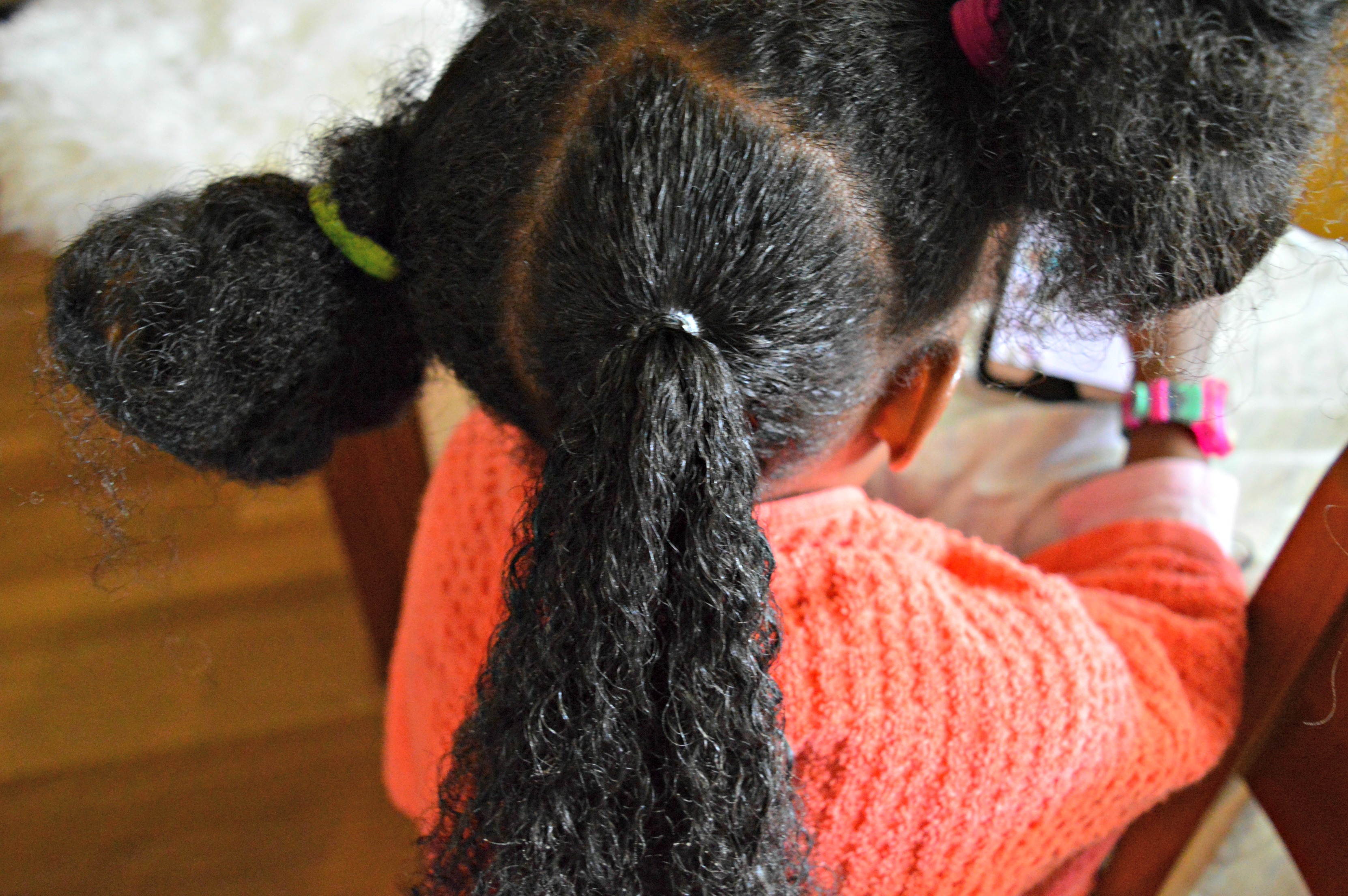 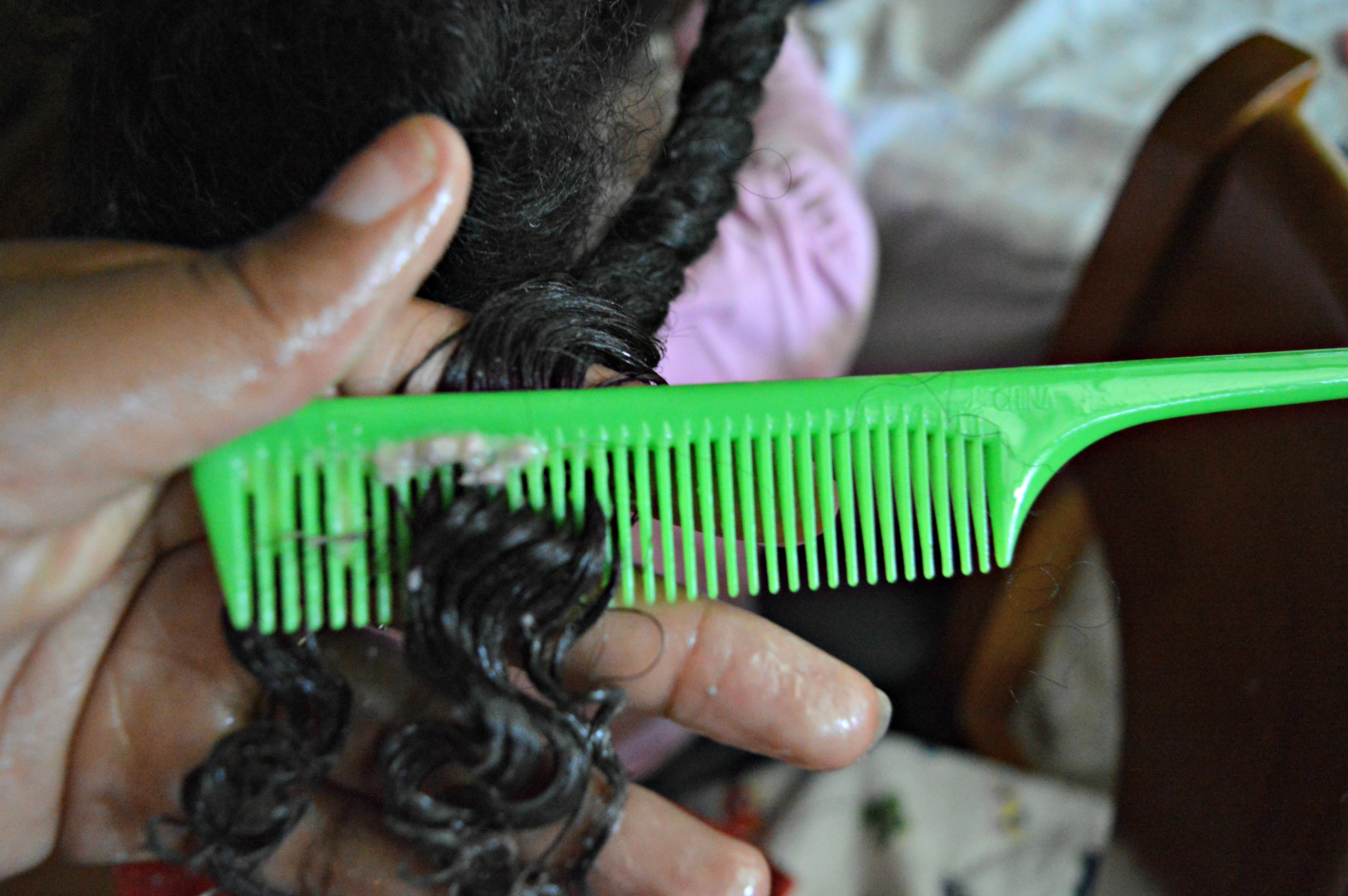 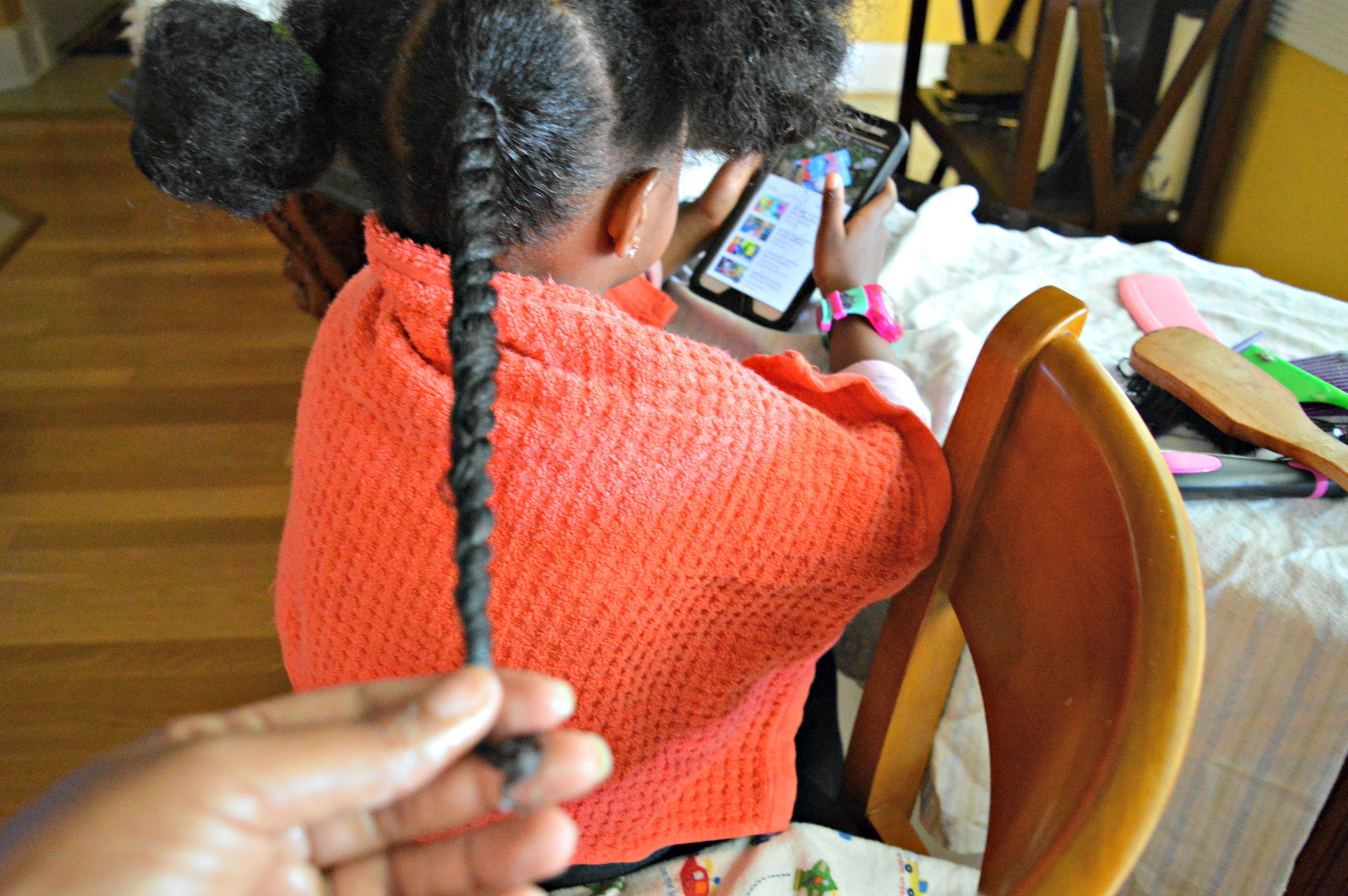 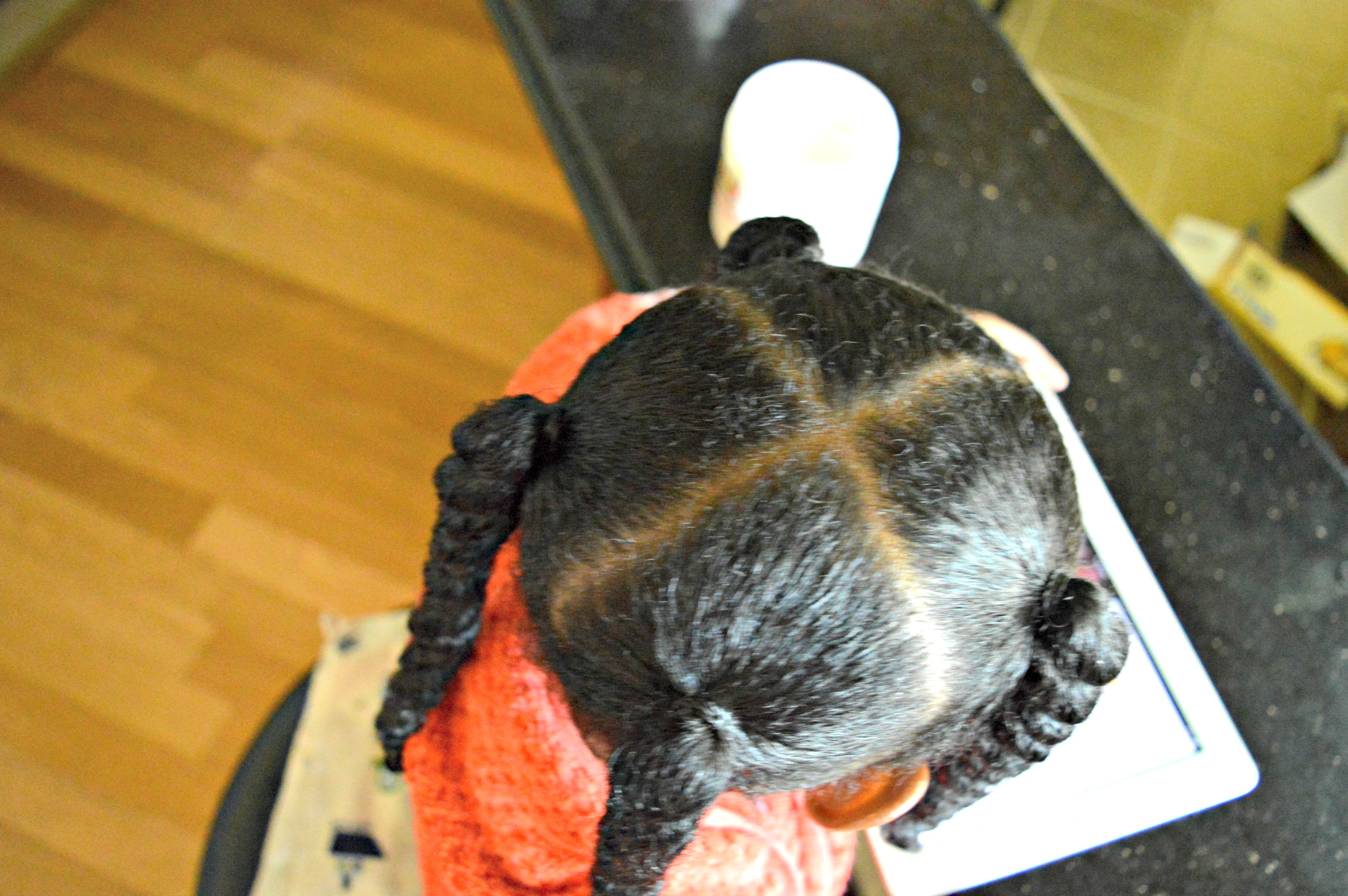 I usually part her hair in 4 maybe 6 sections but never more than that because ain’t nobody got time for that. I don’t use any gel or edge control for her hair because it wouldn’t work anyway, I just let her hair do its thing. 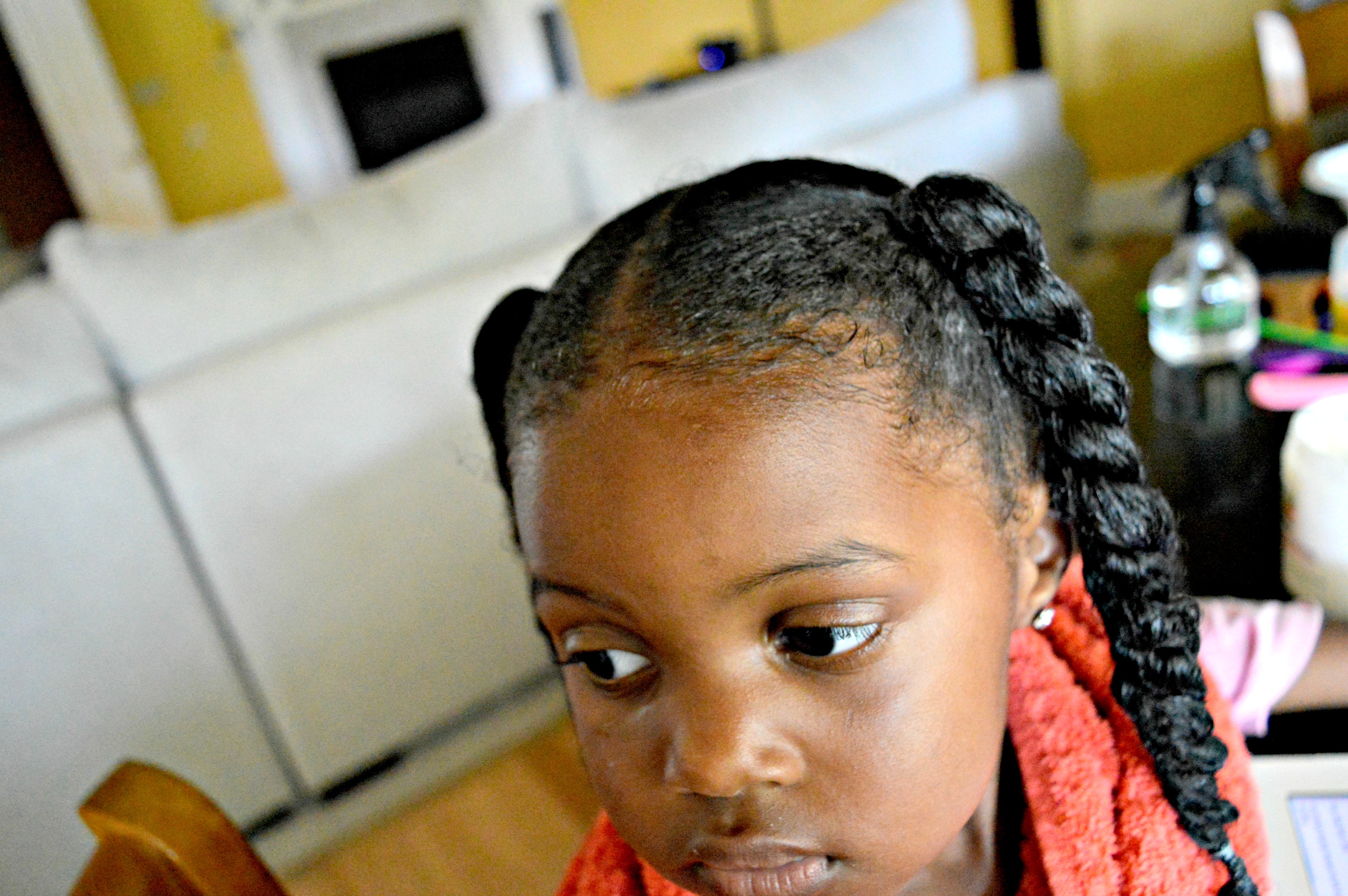 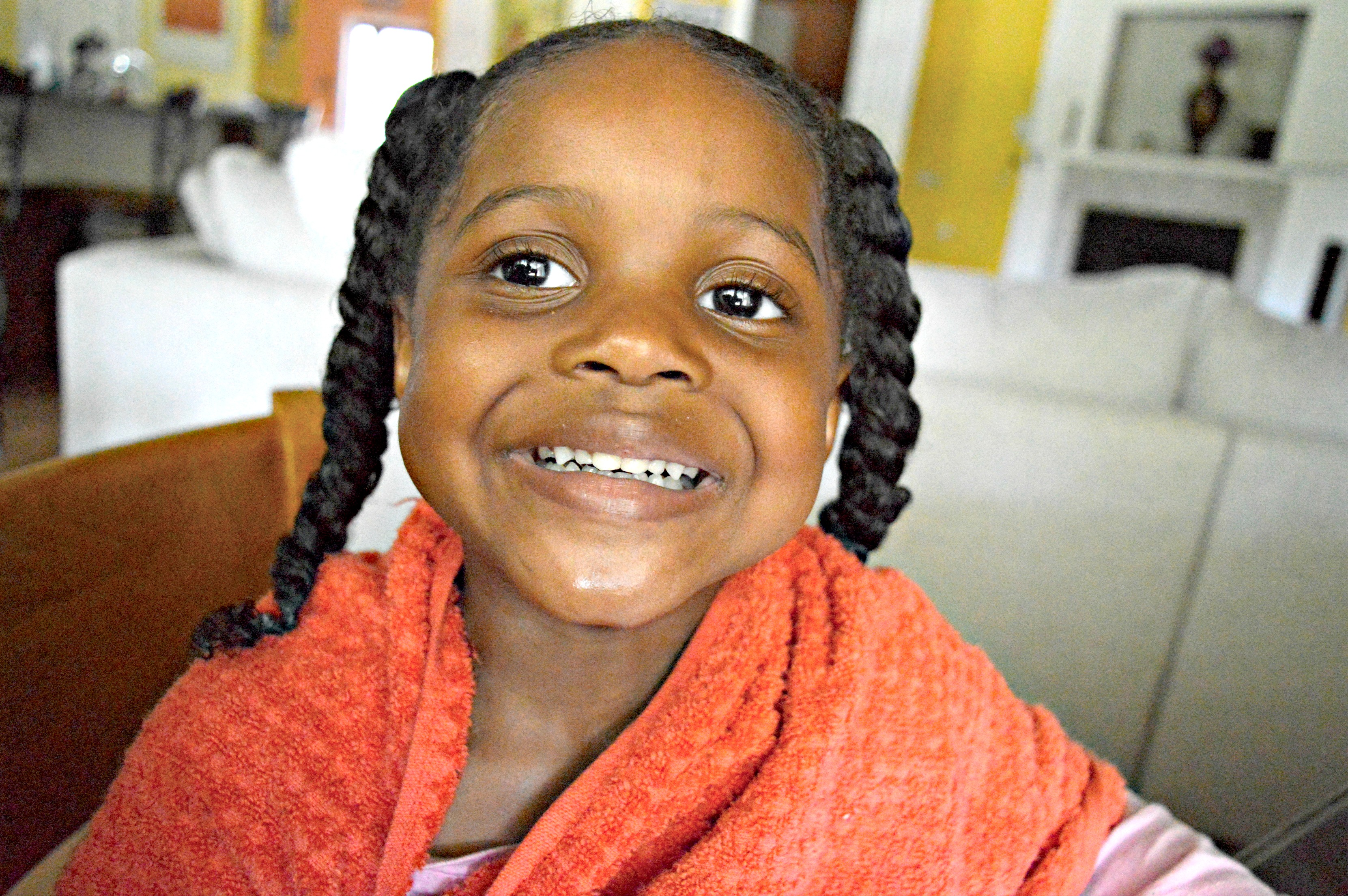 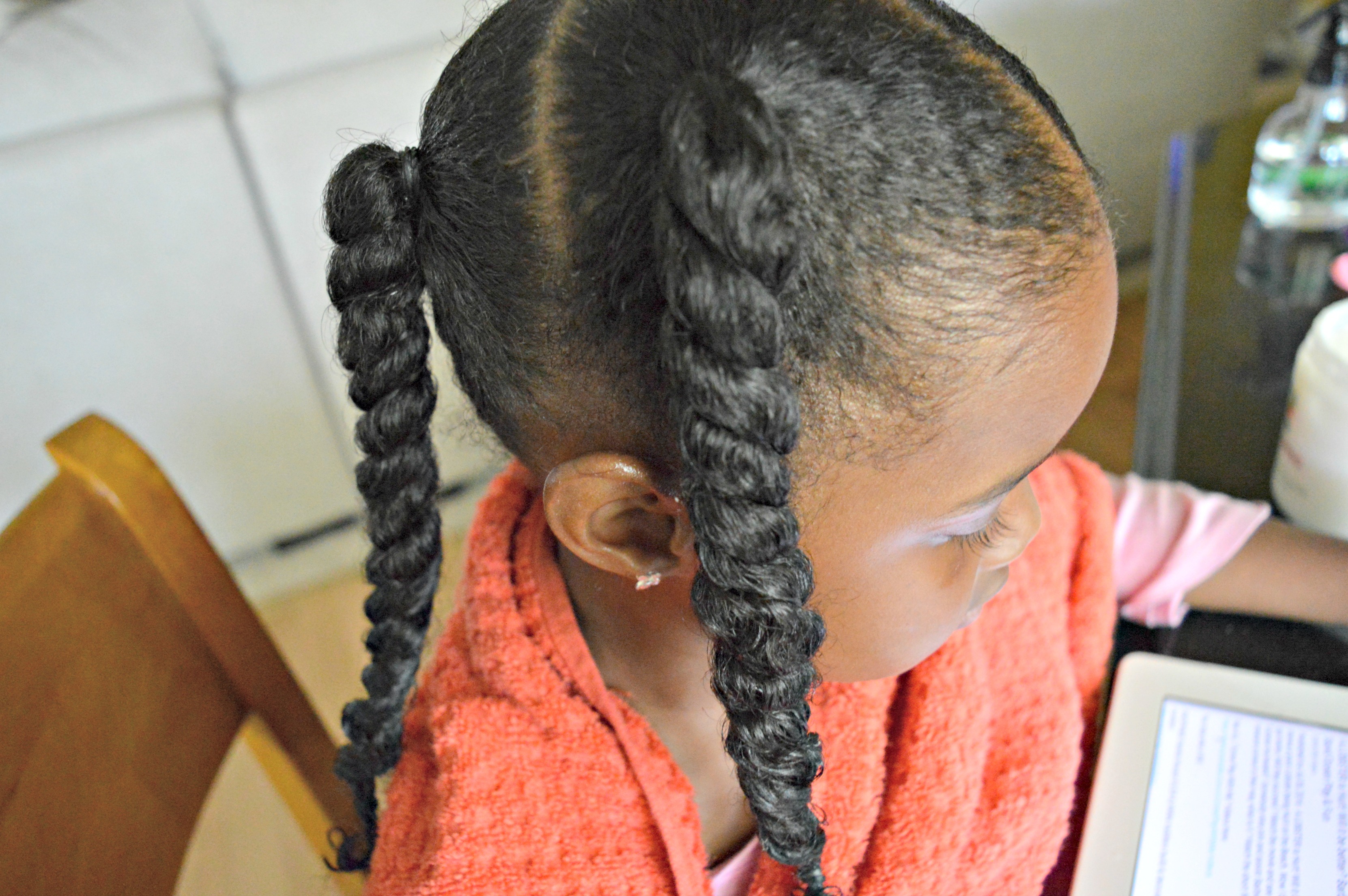 Disclaimer: She refuses to sleep in a bonnet because she says it makes her look like my grandma-She’s mad shady. I tried to get her to sleep on a  silk or satin pillowcase, but she refuses that also so at night she just sleeps on her hair and gratefully she doesn’t have any breakage, but again I think it’s also due to her hair being strong from the LOC method and this regimen.

Let me know if you have any questions! 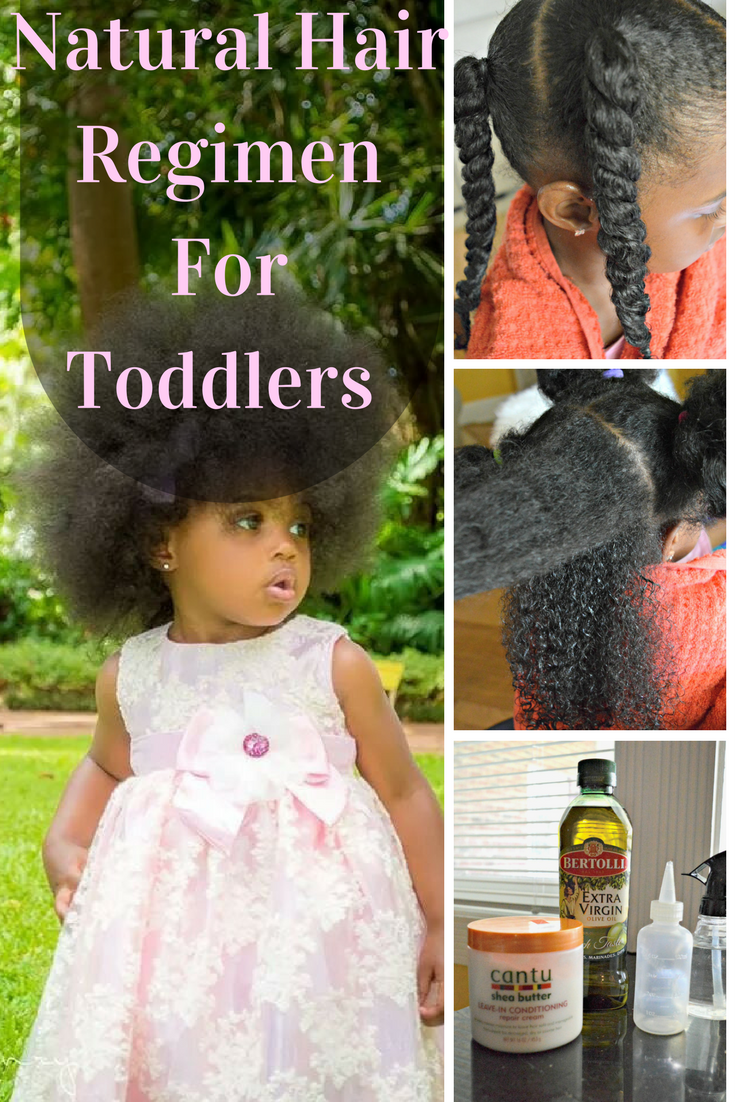 Them: All she do is have babies and spend his mone

Headed out for a much needed date night and I tell

I was supposed to go to Walmart to buy detergent.

Ok so picture for attention. Now that that's out

These two could not be more opposite. Zion is the

Dropping a new blog post today about everything my