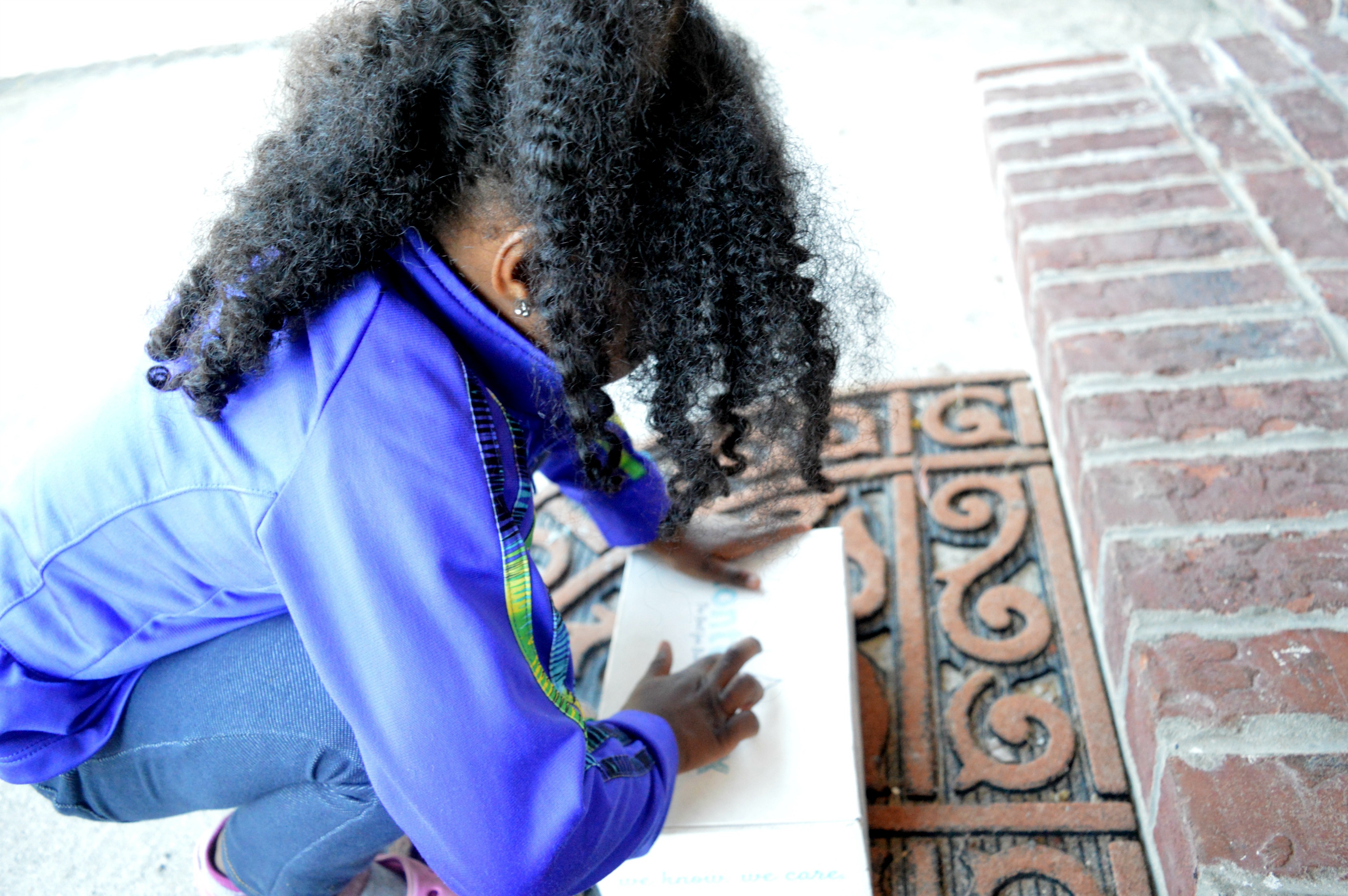 By: Tata
In: Self Care
Tagged: November, self care, subscription box
With: 0 Comments

So remember when I told you that subscription boxes were now my “thing“? Well, I was lucky enough to collaborate with Tonttu Box, and I think I’m in love. Last week when I got my box from Tonttu I was admittedly skeptical. I didn’t believe that the folks at Tonttu could successfully surprise me what I need for this stage in motherhood that’s what they say on their site. But I was mistaken, for starters they had me at the tissue paper, robins egg blue is one of my favorite colors, so it was nice to see everything neatly wrapped in one of my favorite colors. 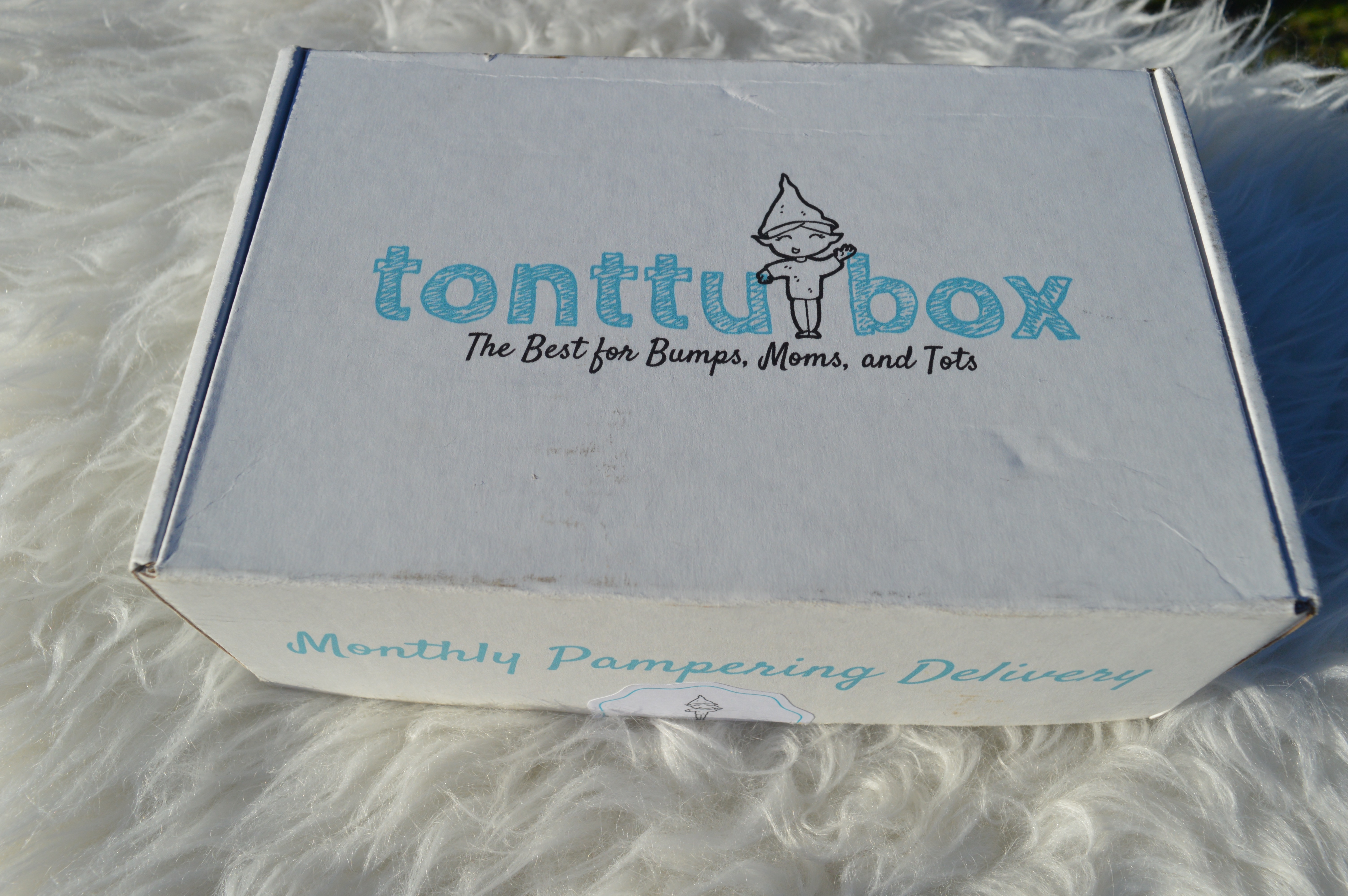 So What’s In the Box?

So let’s go over the contents of the box, I’ll tell you right away that I wasn’t disappointed by anything in the box. In the past, I’ve gotten subscription boxes, and there would be 1 or 2 things that I’d give away or never end up using, but in this box, I want it all. Also, something that I’ve never seen in other sub boxes before is good information. In addition to really cool products that I love the box was filled with tons of good information but we’ll get to that later, for now, I’ll list everything in the box. 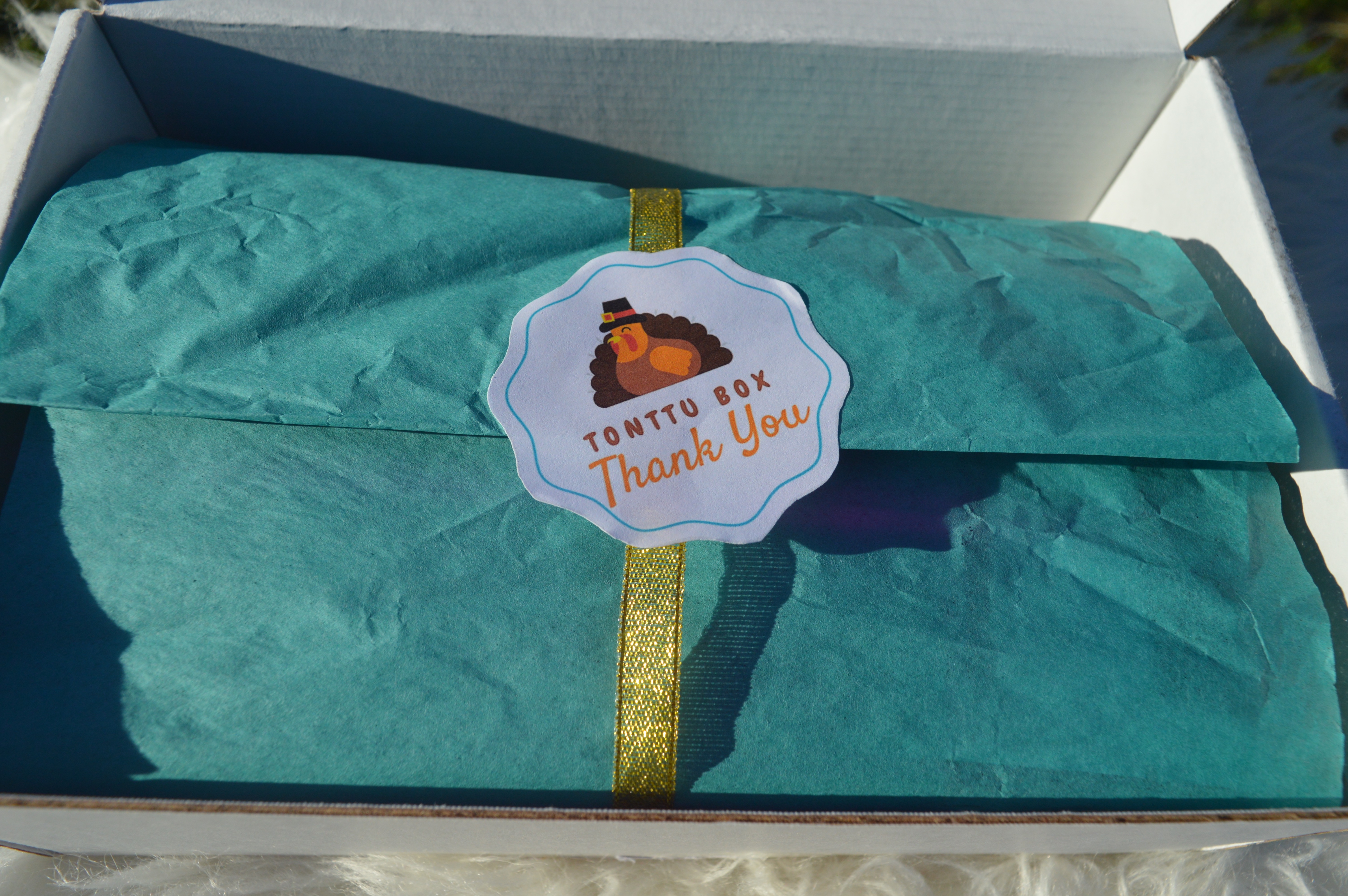 Speaking of lists, inside the box is a small card that lists all of the items in the box along with the price which is really nice because I’ve never seen prices listed in a sub box. Right away I could tell that I got way more product than what the box costs. 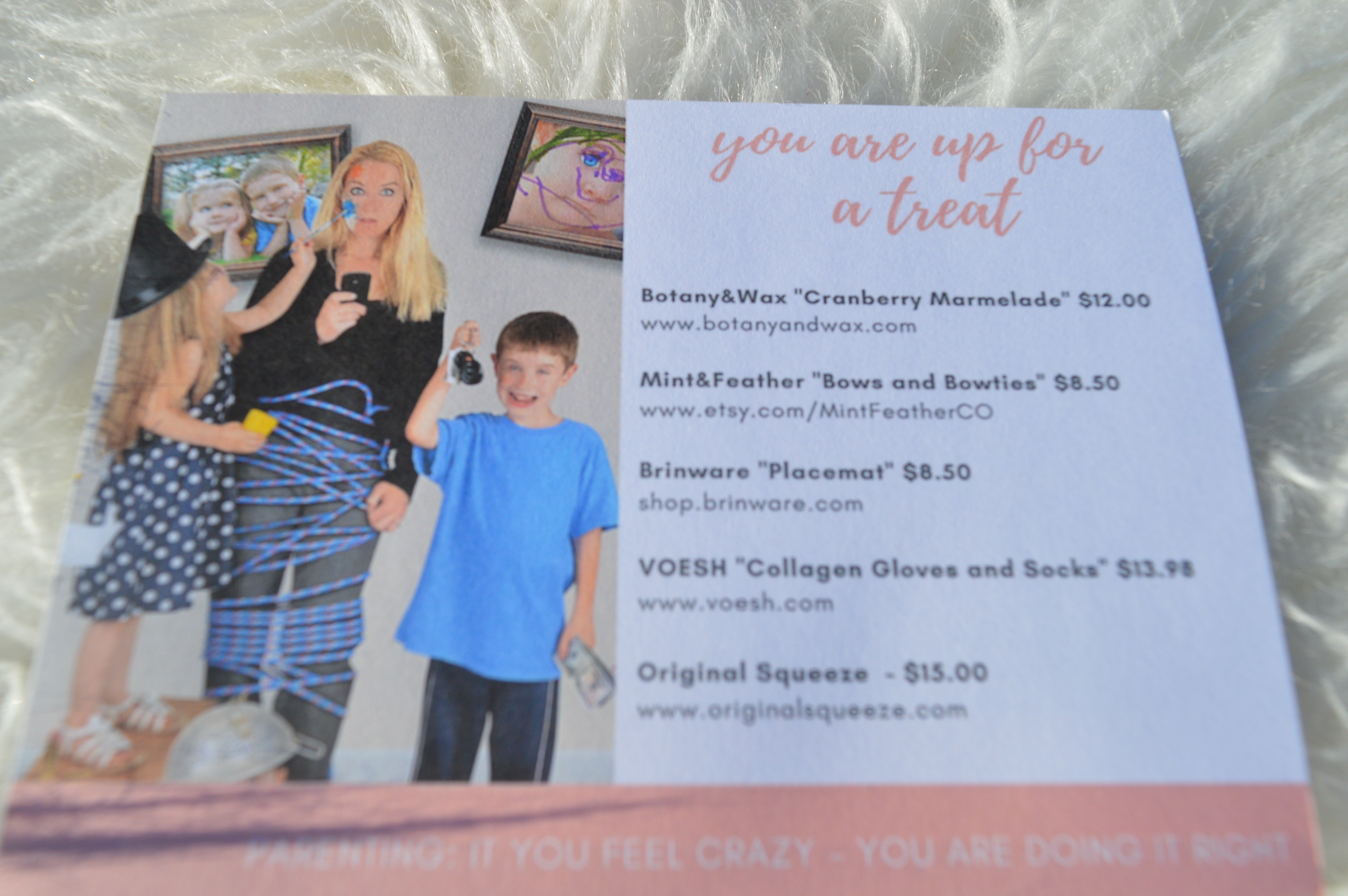 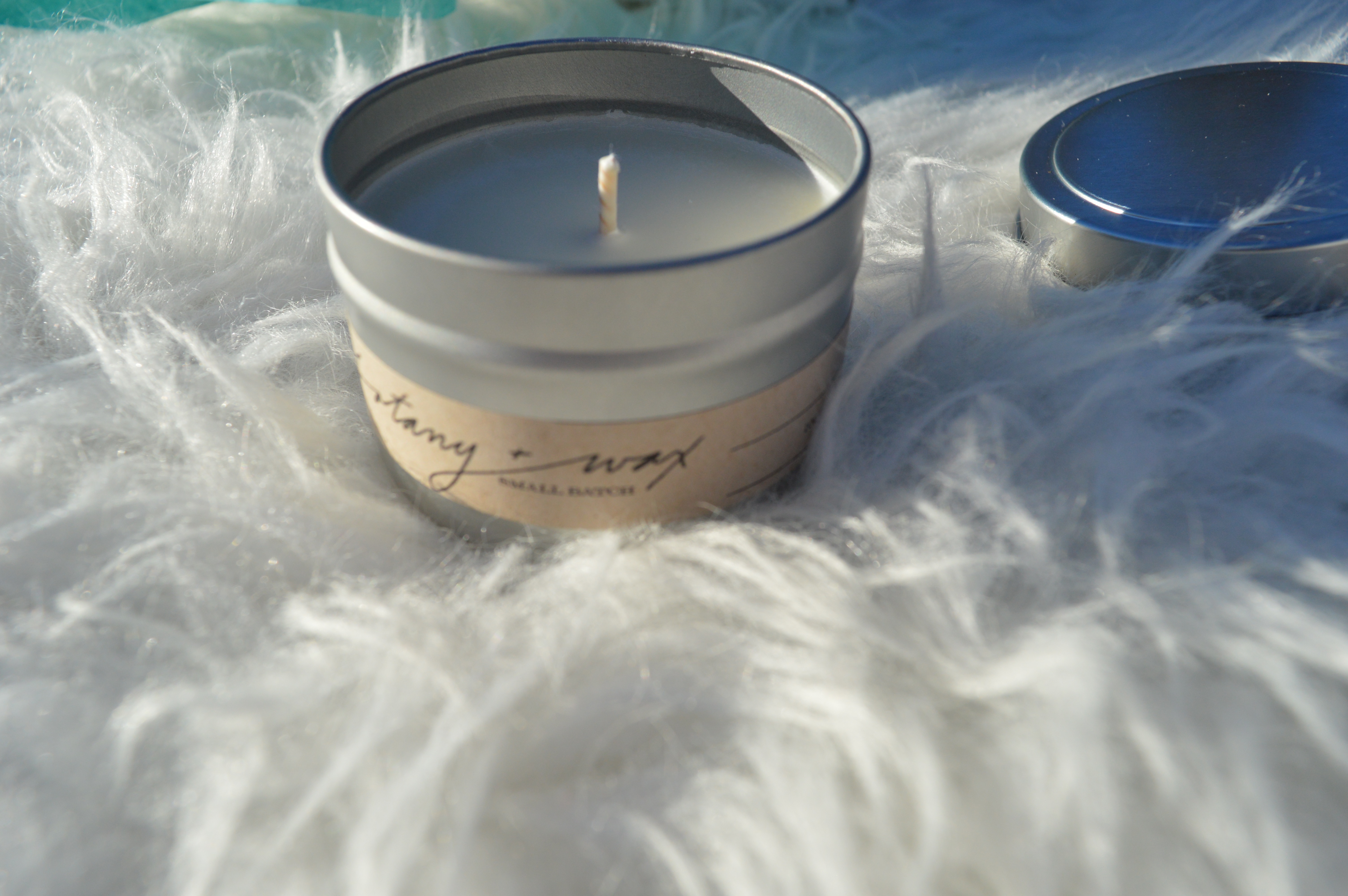 CONFESSION TIME: I hate holiday candles. I mean they smell overwhelming and gross, and that added with the fact that they all smell like cinnamon and nutmeg overload put’s holiday candles on my hate list buuuuttttt I don’t hate this one! It smells like Christmas clothes and apple cider, it smells like sweet Christmas morning, it smells like amazing that’s it, it smells like AH-MAZING! That makes no sense, but it does. I will be ordering a few more from Botany & Wax as soon as I burn this one out which will probably be tonight. 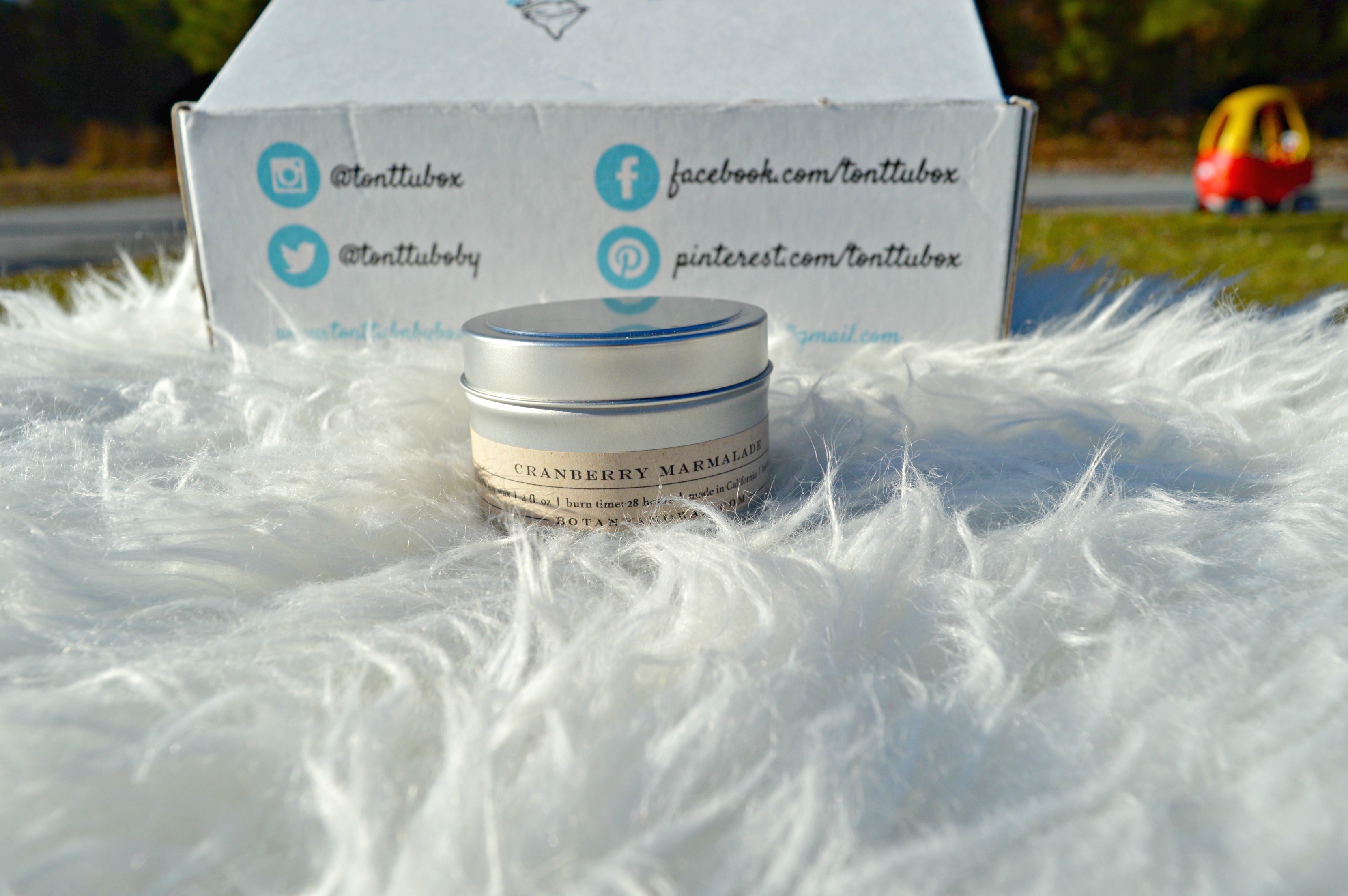 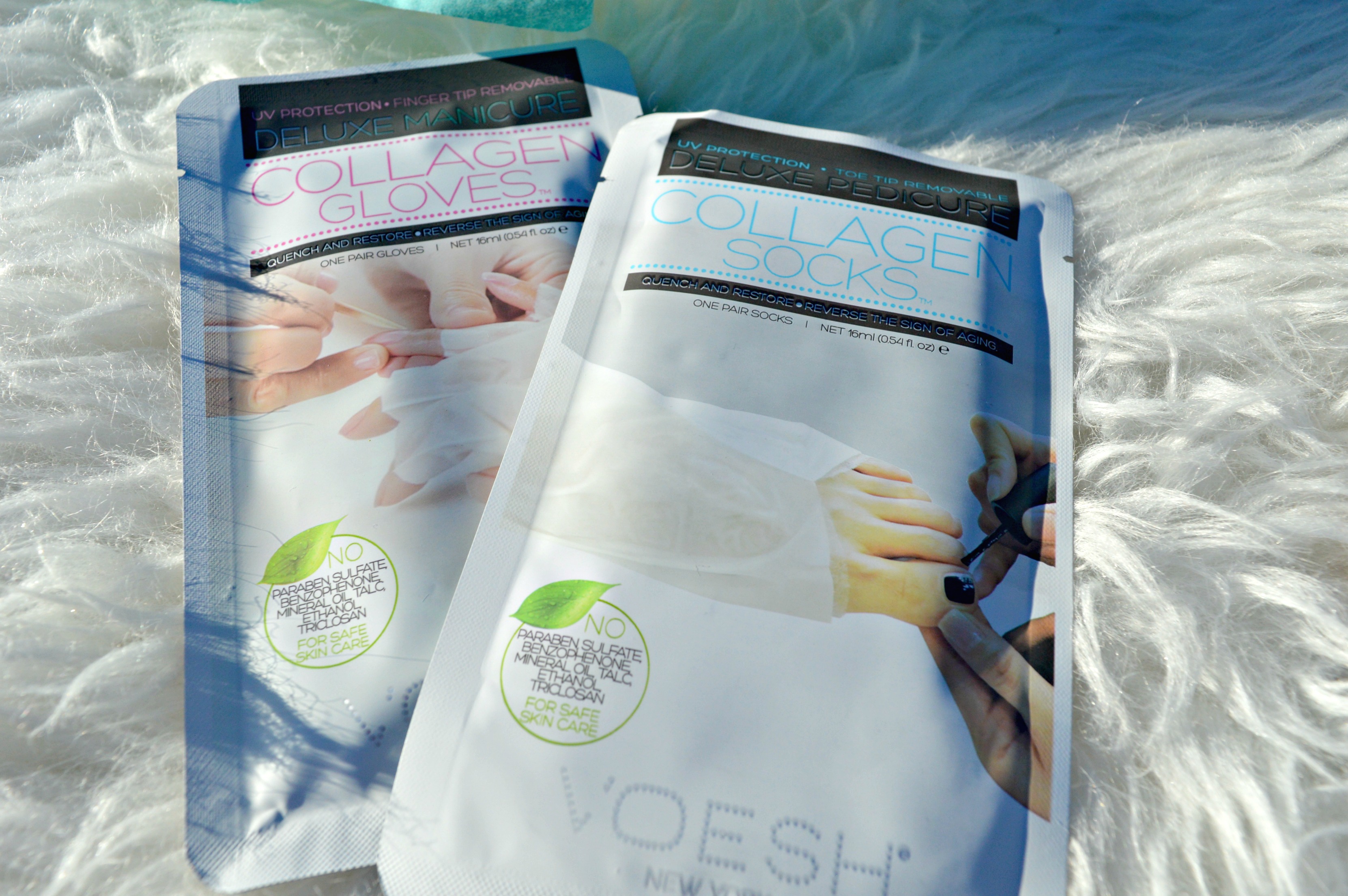 Now who told the folks at Tonttu my hands and feet turn into the guy from Tales from the Crypt during this time of year? Somebody told them my business, but I don’t care because now I have these awesome collagen gloves and socks! Whoop! Whoop! 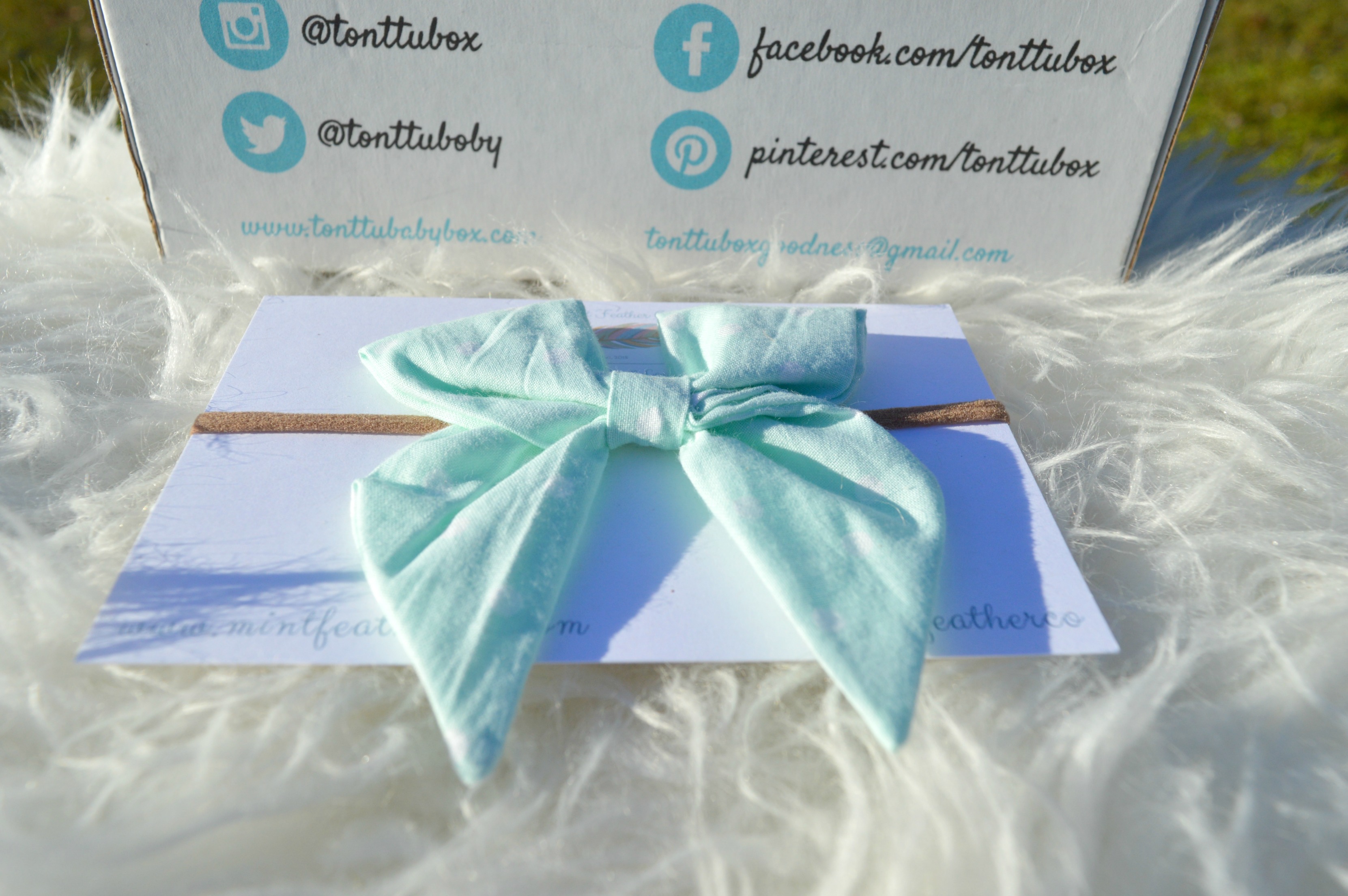 This headband is so darling and soft. Vayda loves it but I won’t break it out until we take our Christmas pictures. 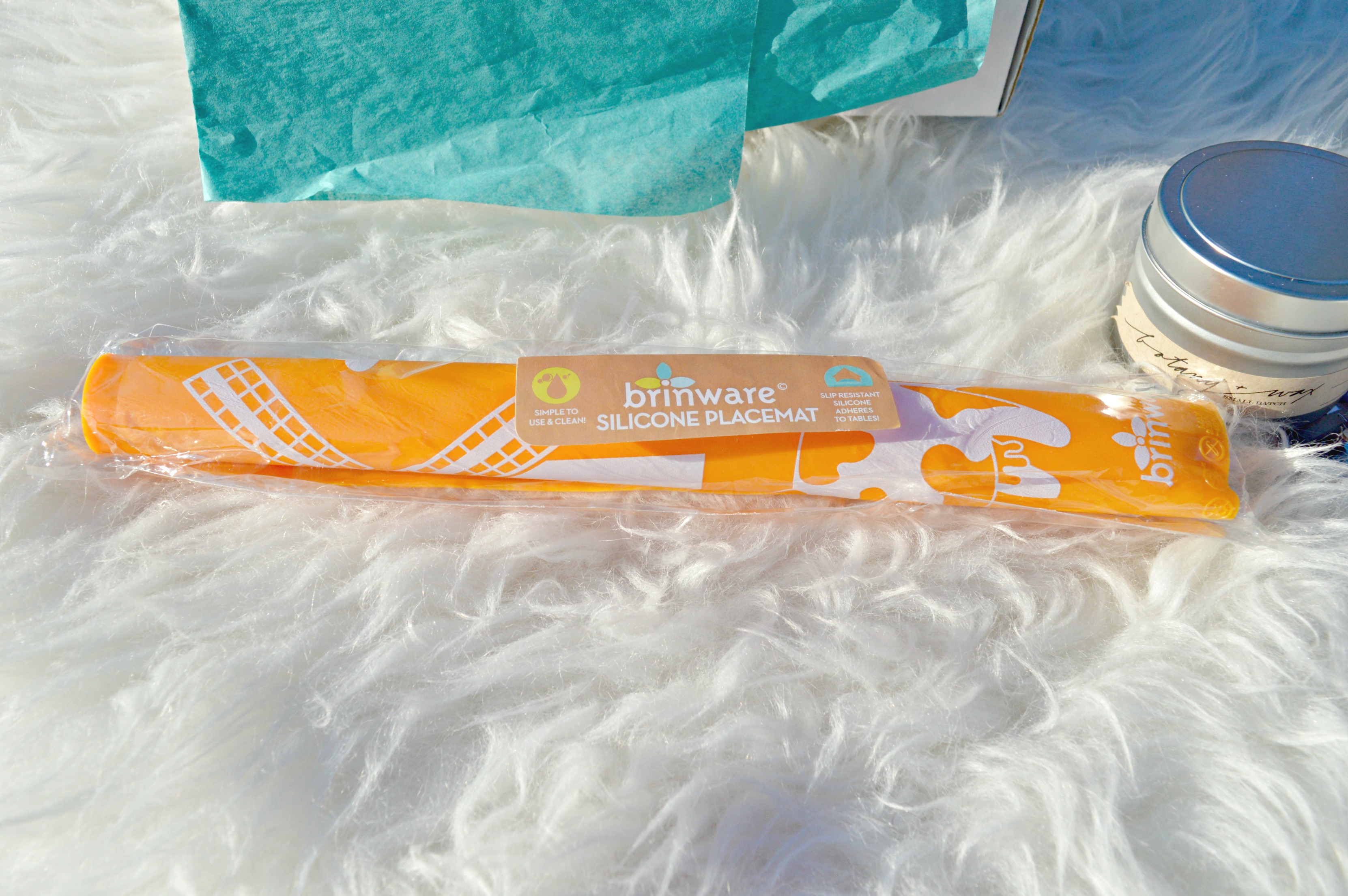 When I got to this point in the box, I pretty much felt like they were reading my mind! I’ve been meaning to buy these for my kids for the longest. This placemat will help lessen the messes, and I’m so grateful for it. 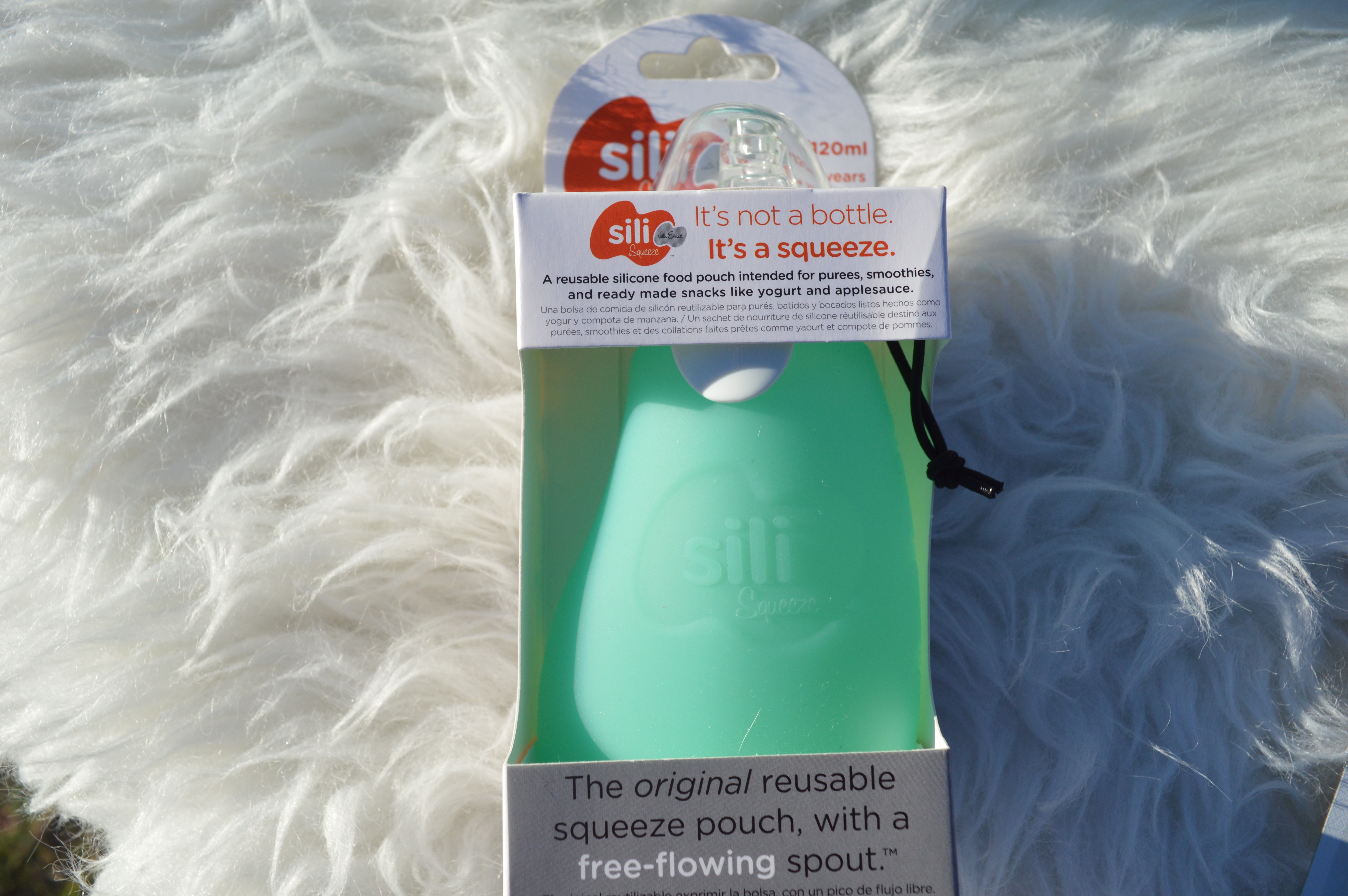 This was made especially for Zan the Man. He is the snack king, and he loves himself some yogurt so I can’t wait to break it in on our trip to Chicago. It’s reusable and dishwasher safe. 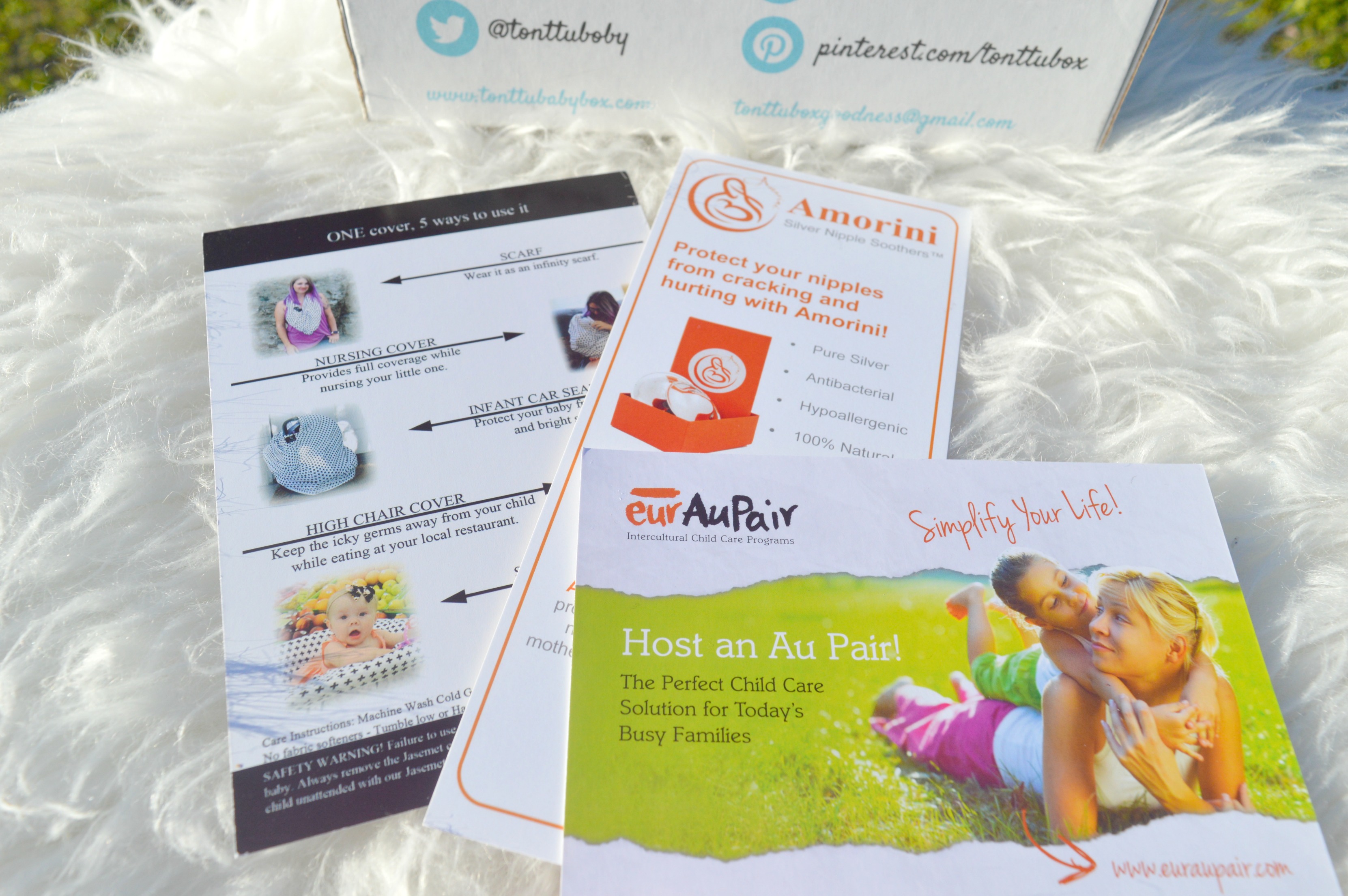 If you follow me on Twitter, you’ll know that I’m always complaining about needing a nanny and a few months ago I was toying with the idea of getting an Au Pair. Guess what was in the box? No, it wasn’t an Au Pair, but there was some great information about hosting one, and just from the little bit of information, I read it’s pretty affordable so high five Tonttu Box I’m one step closer to being sane again. There was also some info about nipple soothers and nursing covers along with an apple banana muffin recipe. I’ll pass on that because you couldn’t pay me to eat banana but you might love it. 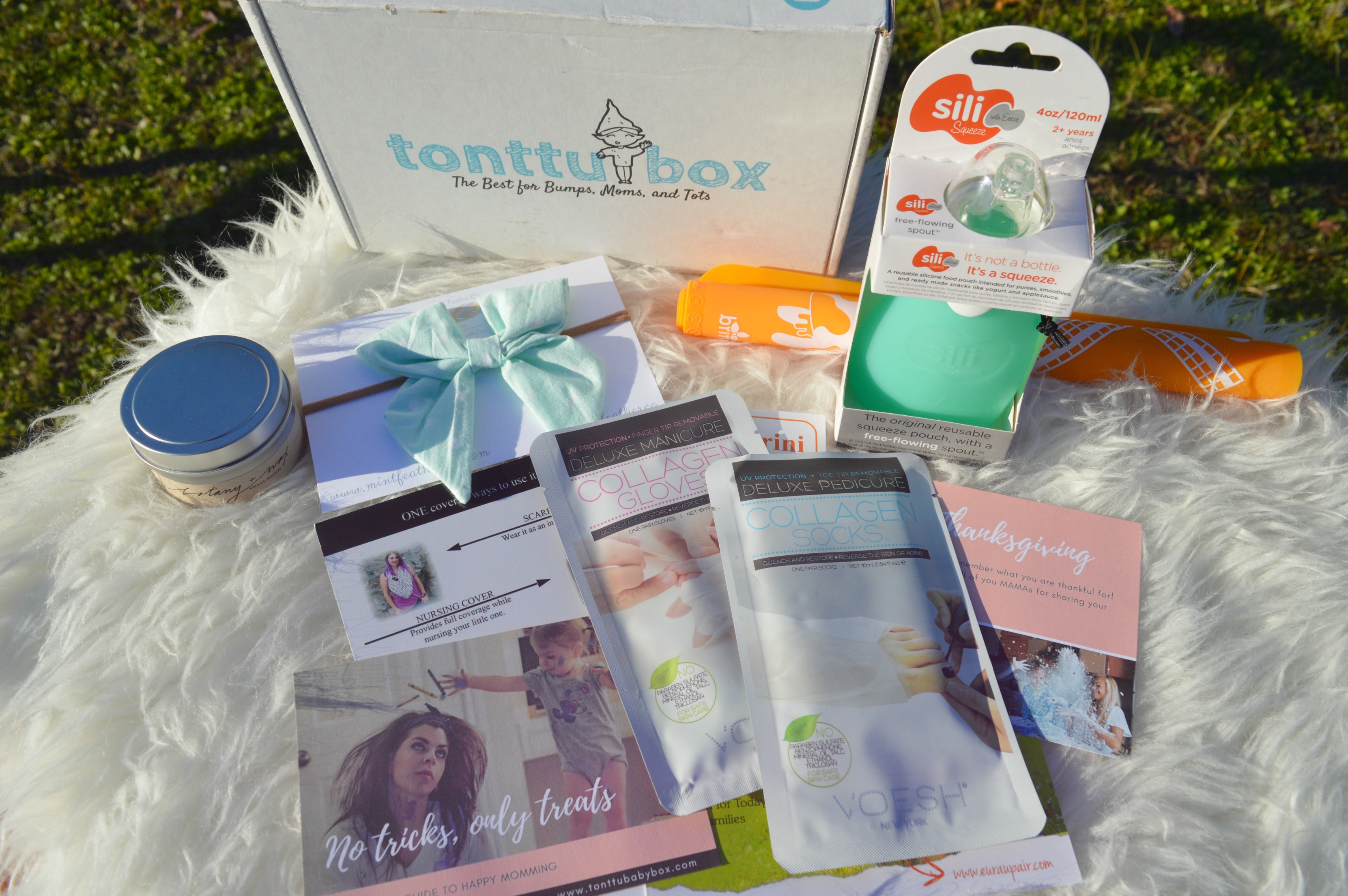 So as you can tell I fell in love with this November box and I can’t wait to see what’s in store for the December box. If you love this box as much as I do you can get 15% off by using the code PAMPERED. 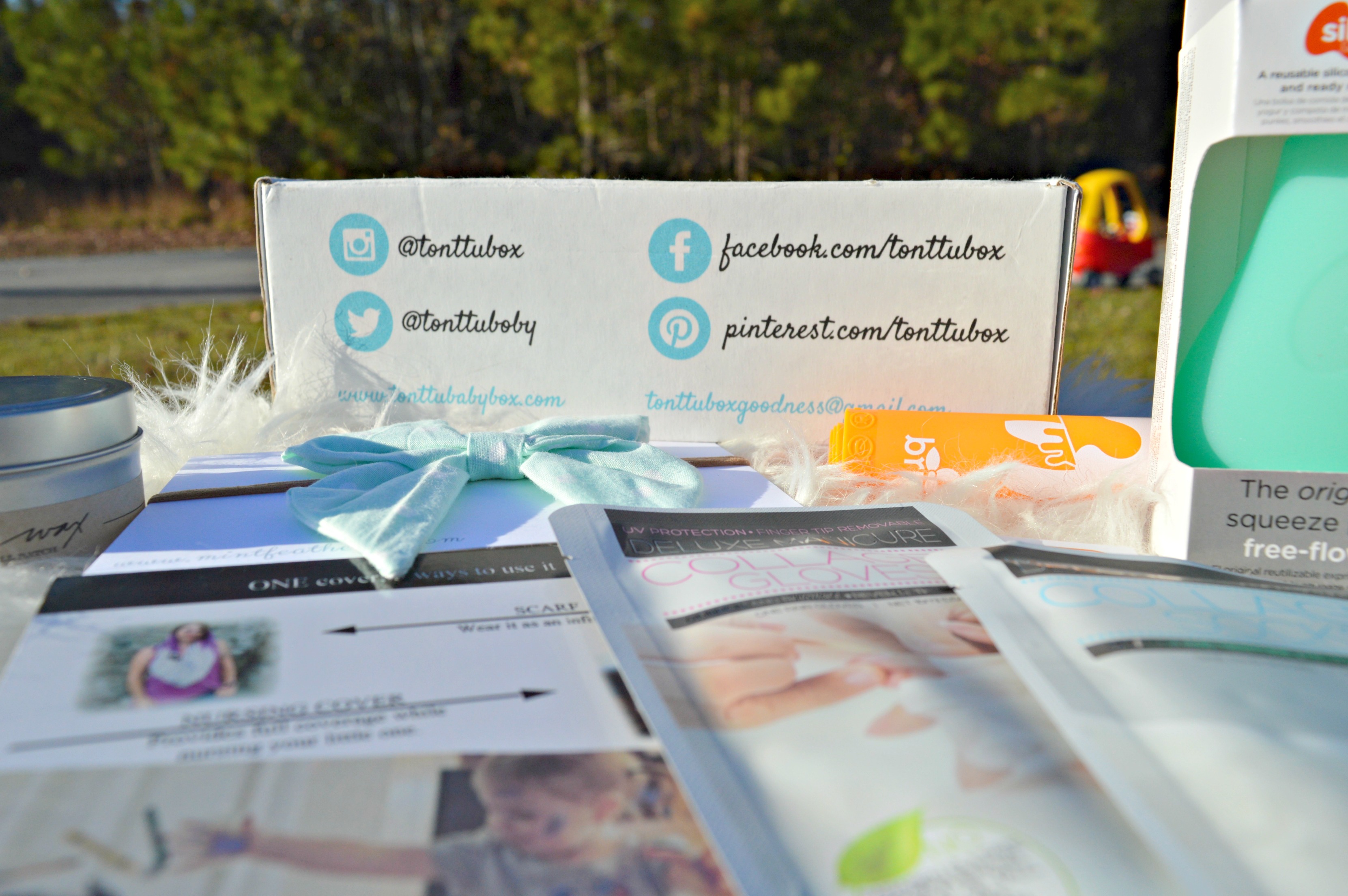 Special thanks to Tonttu Box for providing me with this complimentary box.